Ngani Laumape has opened up on his decision to sign with French club Stade Francais and his disappointment in what New Zealand Rugby offered him to stay.

The 15-test All Blacks midfielder will be lost to the New Zealand game at the end of the Super Rugby Transtasman season, inking a lucrative three-year deal with the Paris club.

Speaking about taking his talents off shore, Laumape said it wasn't a hard decision when he saw what each party was willing to offer him.

"It wasn't hard when I was offered a contract that asked me to take less in income. So, once that came into perspective, I had to make the best decision for me and my kids," he said.

"I just want to be happy again playing footy. The last couple of years, I've always loved being in the Hurricanes environment and I've always thrived in the Hurricanes environment, but for me it's just about going there and having fun; don't have to worry about outside noise, just playing good for the club and hopefully it's something my kids will be able to cherish."

Last month, the Herald revealed NZR's offer to retain Laumape, which included provincial, Super Rugby and All Blacks incentives, fell $400,000 per season short of the offer from Stade Francais - a disparity of $1.2 million over three years. 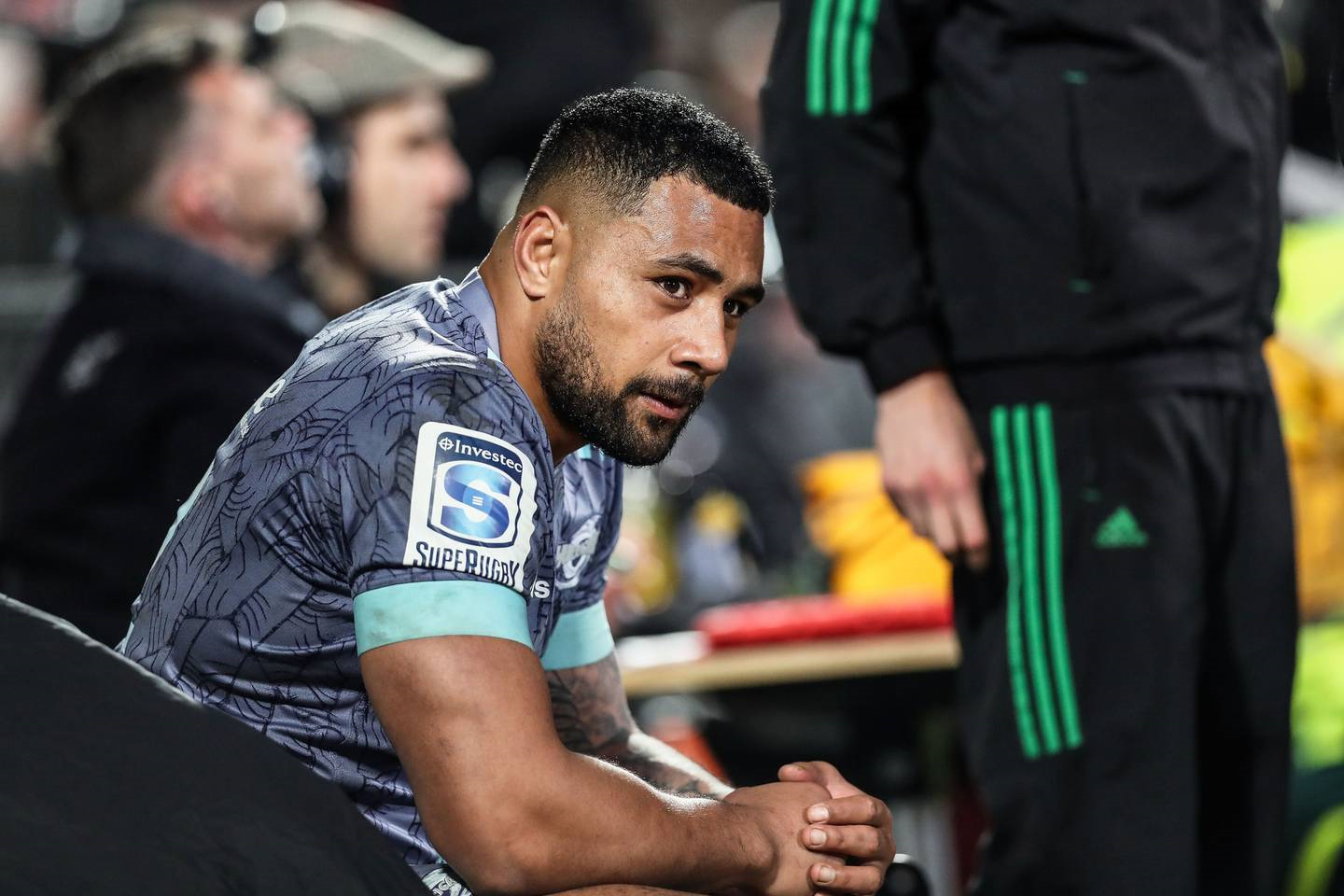 Ngani Laumape will leave the Hurricanes at the end of the season. (Photo / Photosport)

Laumape's preference was to stay in New Zealand but after spending several years on the fringe of the All Blacks, and being presented with what he perceived as a lowball offer, he elected to take his destructive skills elsewhere.

"I'm pretty disappointed," Laumape said. "I think I offer something in the midfield no other midfielder can offer in New Zealand.

"But at the end of the day, it's a business. They did what they had to do and, for me, I have to do what's best for me and my family. There are no hard feelings; I understand it is what it is, but I just had to do what was best for me, my children and my partner for the future.

"I'm not going to think about coming back. I'm going there. All I'm thinking of is to finish my career overseas and enjoy what overseas has to offer for me and my family. I'm going over to rip into it."

Laumape will play his final game in front of the Hurricanes faithful this weekend when he runs out in the No 12 jersey to take on the Reds in Wellington on Friday night.

The Hurricanes will welcome back hooker Asafo Aumua and flanker Reed Prinsep for the match, both returning to the starting side after missing last weekend's loss to the Brumbies in Canberra.