Put it down as one of the brain explosions of the season.

With his new side up by eight points with six minutes remaining against a down and almost out St George Illawarra, Warriors halfback Chad Townsend inexplicably attempted a field goal.

It never looked like hitting the mark and instead went dead, gifting the desperate Dragons a seven tackle set.

They used the unexpected momentum breaker to score two quick tries, forcing the game into golden point where Corey Norman stepped up to nail his own one-pointer to seal a thrilling 19-18 win at an empty Central Coast Stadium.

An embarrassed Townsend later admitted he thought his side was only up by six and wanted the extra one-point buffer.

It brought back memories of Terry Lamb and Greg Inglis kicking field goals for Canterbury and South Sydney respectively in the mistaken belief their sides were deadlocked when in fact they trailed by two. 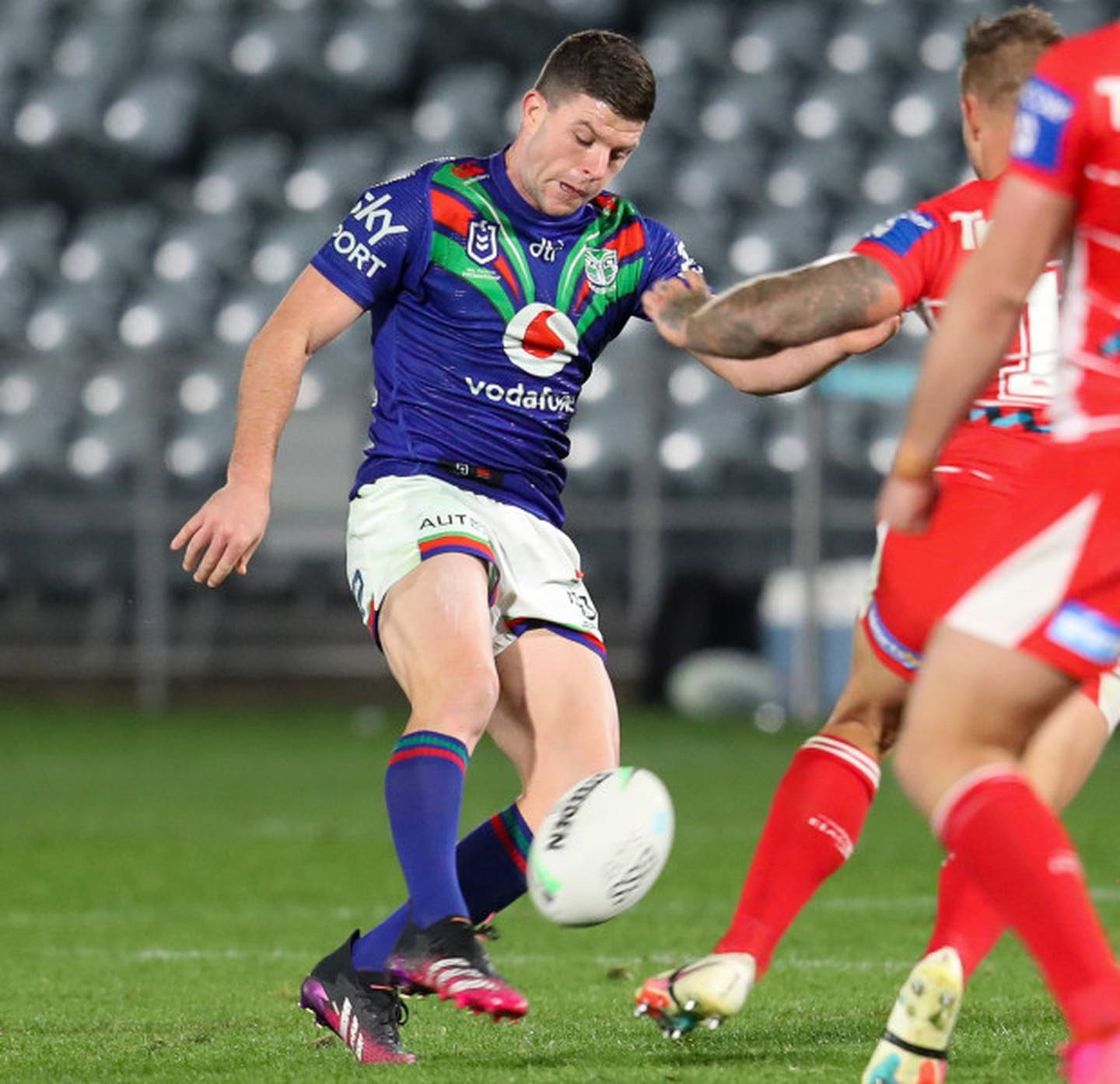 Chad Townsend's attempted drop goal was a costly one for the Warriors finals hopes. (Photo / Photosport)

"It would have been a better option trying to get the ball back but he thought we were up by six," Warriors coach Nathan Brown explained.

"He's not the first player that's done that. Unfortunately he didn't quite recognise the score.

"There were many factors in the last 10 minutes where we let ourselves down."

Dragons coach Anthony Griffin couldn't quite believe what he was seeing when Townsend set himself for the shot.

"I didn't understand why he took it but he obviously thought they were in front by six."

Griffin admitted it was a lucky break but praised his side for hanging in there when they went behind by 12 early in the second half.

He said: "The last 15 minutes was fantastic and that's all I'm worried about at the moment.

"The fact they didn't give up and kept coming was a good sign.

"We could have given that game away and thought it wasn't our night."

The Dragons took full advantage of Townsend's blunder, travelling up the other end and scoring through Jack Bird to reduce the gap to just four.

Cody Ramsay then crossed in the corner as the fulltime siren sounded to level it at 18-all.

He made up for that miss by striking the winning field goal with less than two minutes left in golden point. 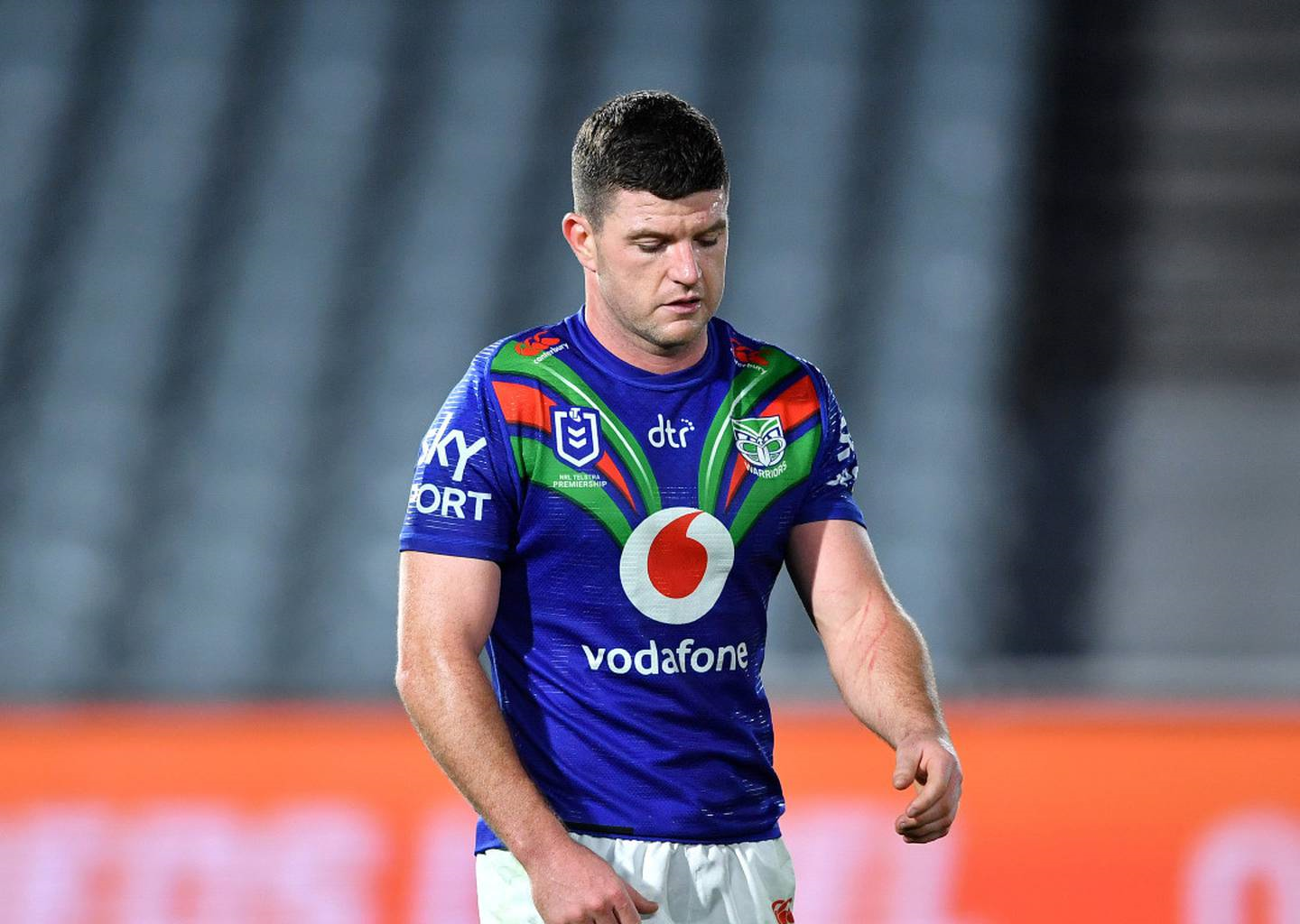 This game had it all - and not all of it good.

There was poor defence, a multitude of horrible mistakes and some option-taking that belonged in park football.

Both sides did their best to lose it but in the end the Dragons held it together long enough to come away with the scrappiest of two points.

It was a game the Warriors appeared to have under control for most of the second half until they completely unravelled.

The loss – their first in six starts against the Dragons – is likely to have major ramifications on their top eight hopes.

If you can't beat him, take him out.

After Townsend put them to the sword twice this year in Cronulla colours, the Dragons were taking no chances the third time round. 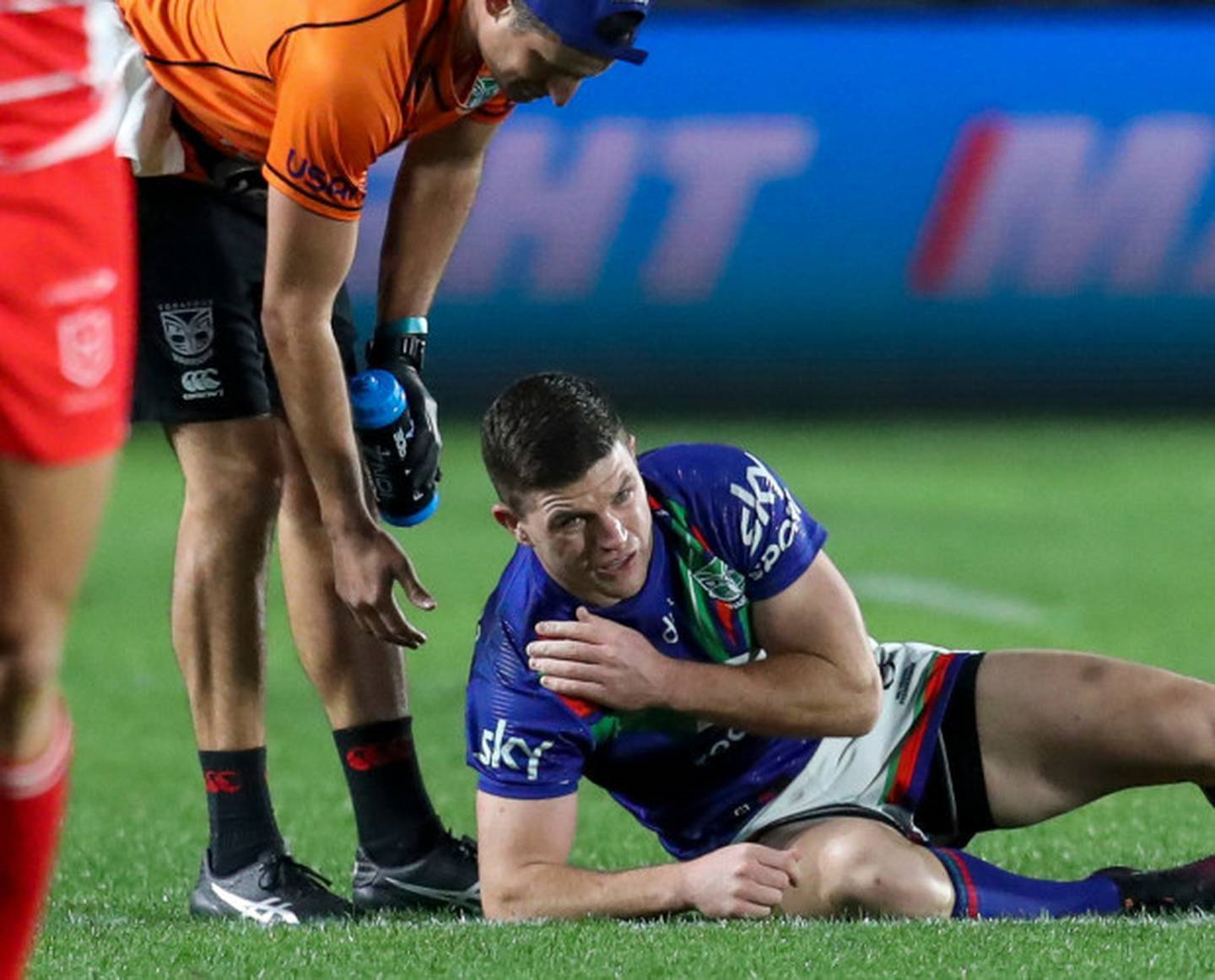 A trainer attends to an injured Chad Townsend. (Photo / Photosport)

Tariq Sims ensured Townsend's return to the Warriors after a six-year absence would not be a happy one, leaving the No. 7 largely incapacitated via a brutal tackle in the opening minutes.

Sims bore down on Townsend as he launched a downfield kick, crunching the former Shark and burying him into the turf, leaving him writhing in pain with a tender right shoulder.

Replays suggested Townsend may have been airborne when Sims collected him, but no action was taken by match officials.

Townsend had the shoulder re-strapped at the break and bravely saw out the game, but was clearly favouring his right arm.

He did his best to tackle with one good arm and did little in general play.

The premiership-winning half was a thorn in the Dragons' side in the first half of the season, leading Cronulla to wins in round one and 11 before his mid-season shift to the Warriors.

The shoulder injury may prevent Townsend from turning out against his former club next round.

Dragons forward Jack de Belin found himself on report twice – one for a cannonball tackle and the other for a lifting tackle.