A journey that started with Brendon McCullum and continued with Kane Williamson has ended with New Zealand on top of the world.

The Blackcaps have won the inaugural World Test Championship, producing a stunning sixth and final day to beat India by eight wickets in Southampton.

With India starting the day at 64-2, leading by 32 runs, victory required a stunning bowling performance, and they produced just that - skittling India for 170, and chasing down their target of 139 with 7.1 overs to spare.

"It's something I will never forget," said Ross Taylor, who hit the winning runs shortly after 5.30am Thursday. Taylor labelled the win, and title, as the highlight of his illustrious career.

"It's a special feeling," said captain Williamson, who was with Taylor in the middle as the winning runs were hit. "We've had a couple of close ones," he said, referring to the 2019 World Cup final, " so it's nice to get one under the belt."

It was a sensational showing as the Blackcaps defied the odds yet again, claiming New Zealand's first ICC title since victories in the Champions Trophy and Women's World Cup in 2000.

But despite moments of glory in the past, and some nation-capturing efforts in the last two ODI World Cups, the Black Caps' test triumph is undoubtedly New Zealand's greatest cricketing feat – and one eight years in the making. 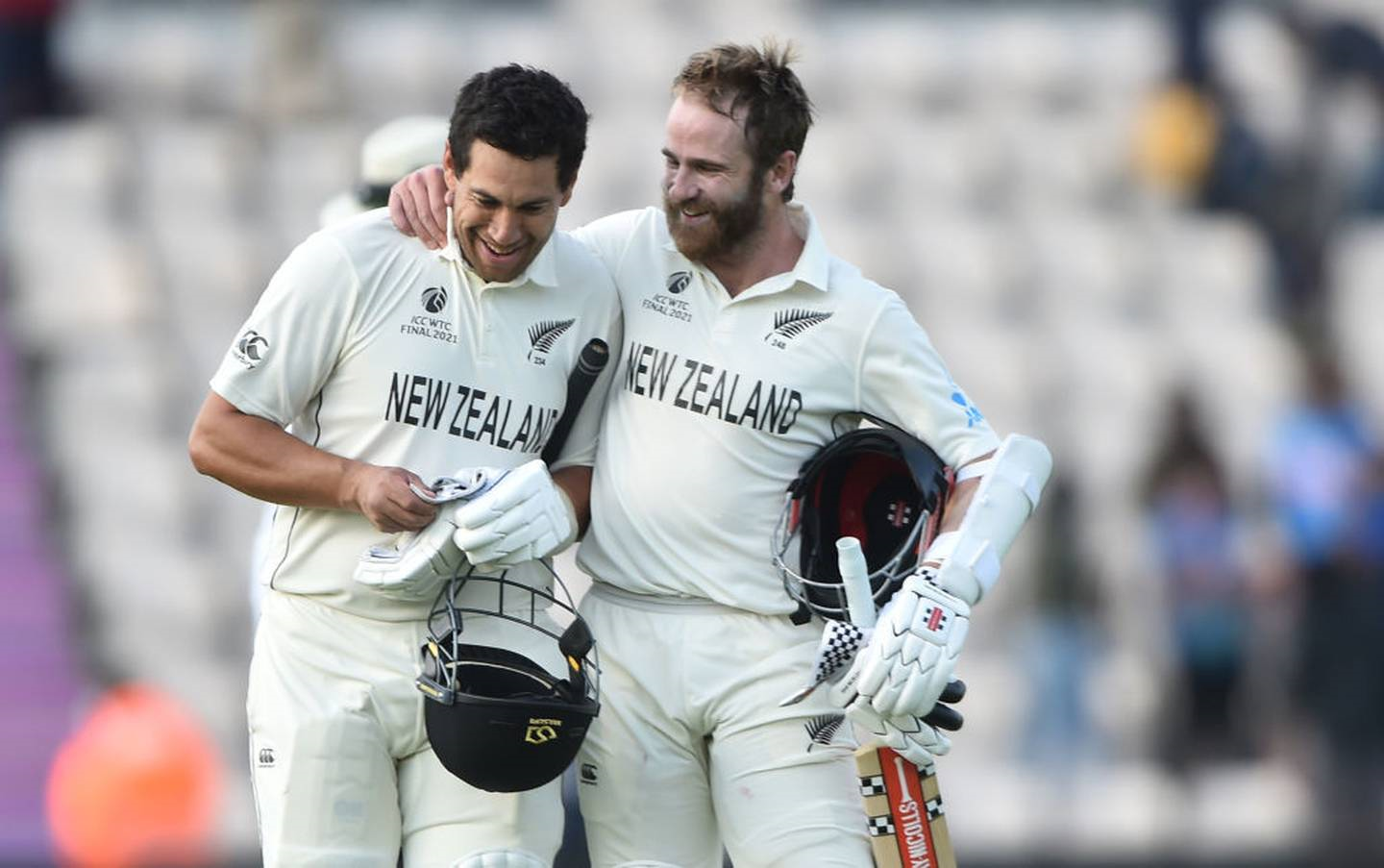 It all started with a knock on McCullum's door in 2013. There, former coach Mike Hesson walked in to pore over what had just happened – the Blackcaps had been embarrassed by South Africa, bowled out for 45.

Slowly but surely, a plan formed – to start playing a style of cricket that represented their identity; a brand of unselfish, positive and smart cricket that could translate to all conditions, was welcoming to new arrivals, didn't overreact to undulations in results, and gradually created a culture of success.

Through McCullum transformation began, but through Williamson it blossomed, to the point where New Zealand's team of five million could face cricket's greatest superpower, and not only refuse to back down, but dominate.

This is a team that saw two full days washed out and several other sessions interrupted, yet easily recalculated their targets to manufacture a victory which no New Zealand team before them would have mustered.

First in their sights on day six was the overnight partnership of Virat Kohli and Cheteshwar Pujara, and it didn't take long to find success.

Kyle Jamieson – the record-breaking fast bowler set to ensure similarly bright days in New Zealand's test future – was the man to do the damage, removing Kohli caught behind and Pujara at slip with superb bowling that has almost become expected of him, in just his eighth test. Then the old firm took over – Trent Boult, Tim Southee and Neil Wagner. Whenever a partnership started to form, or the test started to slip away, a New Zealand veteran struck, whether it be Boult strangling Ajinkya Rahane down the leg side, Wagner deceiving Ravindra Jadeja with his changes in length, or Southee wrapping up the tail in quick order to ensure their target – and the required run rate – didn't become problematic.

Southee's late wickets also made up for what could have been a disastrous moment, after he shelled a simple catch at second slip with Rishabh Pant on five. The aggressive wicketkeeper looked a threat to take the test away from New Zealand, but on 41 he tried one heave too many, with Henry Nicholls taking a splendid catch running backwards. New Zealand were left with 139 to win in 53 overs, and added 33 for the first wicket before Tom Latham charged down the pitch to Ravichandran Ashwin and was stumped. Ashwin then trapped Devon Conway lbw 11 runs later, before Williamson had to review to overturn an lbw dismissal of his own.

As the required run rate ticked up to three an over, with Williamson and Taylor playing out 31 consecutive dot balls and India looking dangerous, New Zealand fans would have been forgiven for having flashbacks of a certain final two years ago. Surely they wouldn't be denied this time?

No, they wouldn't. India's bowlers started losing their lines, with Taylor receiving treasured width to slash three boundaries, and when he was dropped at first slip by Pujara with 55 needed to win, India had missed their moment.

In a fitting end, two of the team's stalwarts who have been there through the worst of times were at the crease to celebrate the best of times.

As Williamson watched on at the non-striker's end, Taylor whipped a delivery from Mohammed Shami to the square leg boundary, and New Zealand's journey was complete.

Champions of the world.