The 36-year-old was part of the Souths team that lost to Penrith in Sunday's Grand Final and announced his decision to call time on his career at a press conference on Wednesday afternoon.

Marshall retires as one of New Zealand's greatest players, amassing 31 caps for the Kiwis, leading them to the 2008 World Cup title and captained the national team between 2008 and 2012.

"I started off my journey in rugby league as a small boy in Whakatane chasing a dream and I'll leave this game as a grown man who learned a lot of life lessons and I think turned into a pretty good person," Marshall said.

"I feel privileged and honoured (for) what the game has given me, the life I've been able to live, 19 seasons in the NRL. It's been a long time for me.

"I want to thank the NRL for letting me be a part of this great game."

An emotional Marshall eloquently delivered his retirement speech, thanking everyone who had helped him throughout his career. 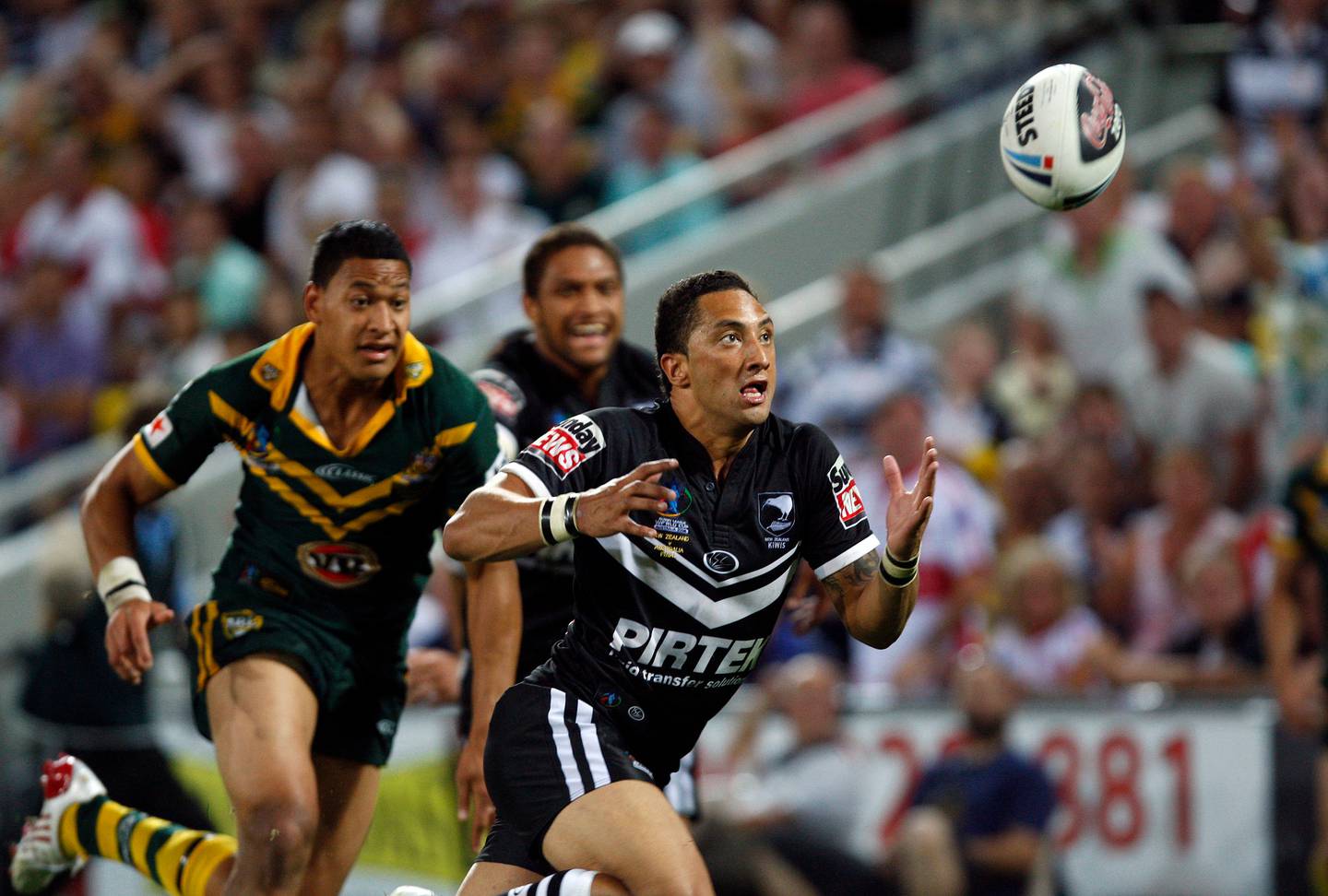 Benji Marshall in action during the Kiwis' win over the Kangaroos in the 2008 Rugby League World Cup final. Photo / Photosport

But he briefly broke down in tears when thanking his Rabbitohs teammates for attending the press conference to farewell him.

"I just want to thank everyone for coming, especially the boys," Marshall said as his voice broke.

"One thing about professional sport is you play for your mates and you don't want to let each other down.

"So to see all you boys today, I really appreciate that."

Marshall also joked he had been looking back at some of his spectacular plays over the course of his career.

"I was looking back on some highlights this morning and I've done some good stuff," he said.

"From a flashy young kid doing all this weird stuff to a man who's been given this opportunity, I feel really lucky."

New Zealand Rugby League paid tribute to Marshall following the announcement, calling the former Kiwis captain "one of the greats who inspired countless Kiwi kids and changed our game for the better".

Today we farewell a legend, Kiwi #717 Benji Marshall.
Thank you Benj, you’ll forever be one of the greats who inspired countless Kiwi kids and changed our game for the better 🇳🇿

31 Kiwis Tests, 15 seasons
Most Test appearances as Captain, 22.
Most NRL appearances by a Kiwi, 346. pic.twitter.com/WKX63ItdWO

Marshall debuted in first grade for the Wests Tigers in 2003 and led them to the 2005 premiership. He left league to play rugby union then had short stints with St George and Brisbane after returning to the NRL.

He came back to his spiritual home at Concord but Marshall's hopes of finishing his career at the Tigers were dashed when he was told he was no longer wanted at the end of last season.

Still feeling he had something to offer, Marshall was on the hunt for a new club but it wasn't until he called Rabbitohs coach Wayne Bennett — who had coached him at the Broncos — that he received a lifeline and an opportunity to play on in 2021.

Marshall often came off the bench this season and was used to plug holes in the halves whenever there were injuries or suspension. However, he didn't get the fairytale send-off he deserved as Penrith beat Souths by two points in a nailbiting season finale.