New Zealand Rugby are backing the All Blacks coach Ian Foster, despite the team falling to consecutive defeats to end their season.

The All Blacks were outmuscled, outplayed and outcoached in the 40-25 loss to France on Sunday and in the previous week's defeat to Ireland, with many pundits now calling for Foster, who is contracted to the end of the 2023 World Cup, to be replaced by the Crusaders coach Scott Robertson.

New Zealand Rugby's Chris Lendrum said while the two losses are disappointing, the fact the All Blacks have been away for 15 weeks must be taken in consideration.

"We're incredibly appreciative of the efforts that our team has gone to.

"It's a tour like no other ... long and arduous and there are learnings (sic) to be taken out of those week. But we support Foz (Foster) and the team and we are just looking forward to getting them home and getting into the work that we need to do so we can improve next year."

Lendrum confirmed a review of the All Blacks season is now underway, with both team and New Zealand Rugby to take a close look at the All Blacks successes and failures in 2021.

"We look to match those two [reviews] together. We focus on environment, performance and people and work through a review process where we essentially get a 360 degree review and 360 degree feedback on our key people." 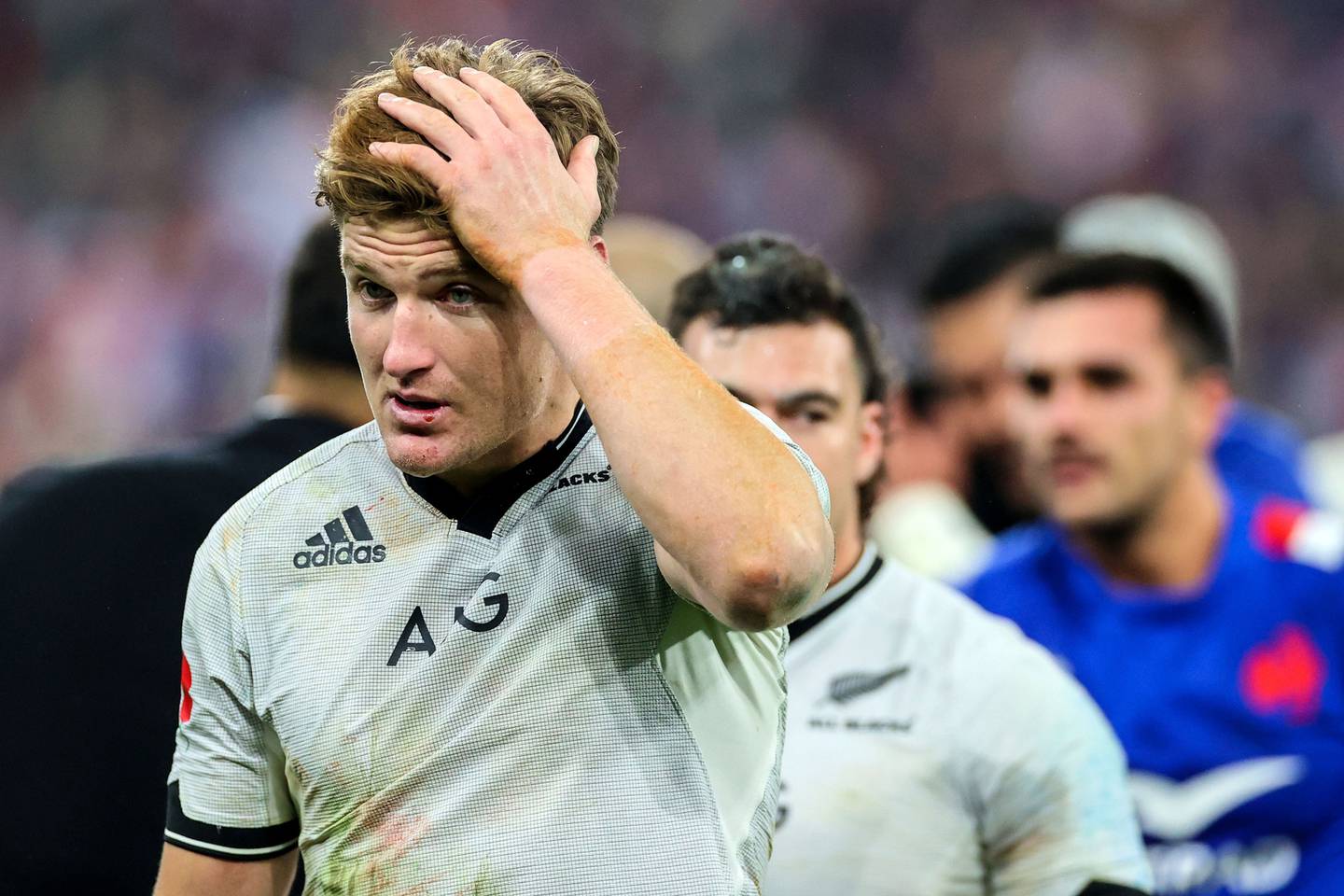 Jordie Barrett dejected after the All Blacks' loss to France. (Photo / Photosport)

Lendrum said the review will be finalised early next year, before the start of Super Rugby Pacific in February.

Despite the torrid end to the All Blacks season, Foster is adamant he's not going anywhere and doesn't feel under any extra pressure. The All Blacks won 12 of their 15 tests this year and claimed the Bledisloe Cup and Rugby Championship title, though they arguably lost their three biggest matches, against the Springboks, Ireland and France.

Foster pointed out the bulk of the squad had not played tests in the northern hemisphere with the All Blacks not having toured there for three years and said he's refusing to panic after two losses.

"There's no denying, the last two games were tough for us. We've come across two very good teams at the end of our season - and congratulations to them, there's no doubt that they played well."

Foster's All Blacks are the first to suffer three defeats in a season since 2009 but he is confident they are progressing.

"I think if you look at this year, it is a year that some teams haven't played many test matches and the southern hemisphere teams have played a lot of test matches.

"I know that we get judged harshly, but if I reflect on the year, we're making progress. We've got a good brace of players that we're growing, but we're also learning some tough lessons at the end of this long season."