The cycling community has been shocked by her sudden death on Monday, confirmed by her family in social media posts.

Mitchell Podmore, brother of Olivia, posted on Facebook: "Rest in peace to my gorgeous sister and loved daughter of Phil Podmore. You will be in our hearts forever.''

Podmore, from Canterbury, represented New Zealand at the 2016 Rio Olympics in the women's team sprint event and rode at the UCI Track Cycling World Championships that year. 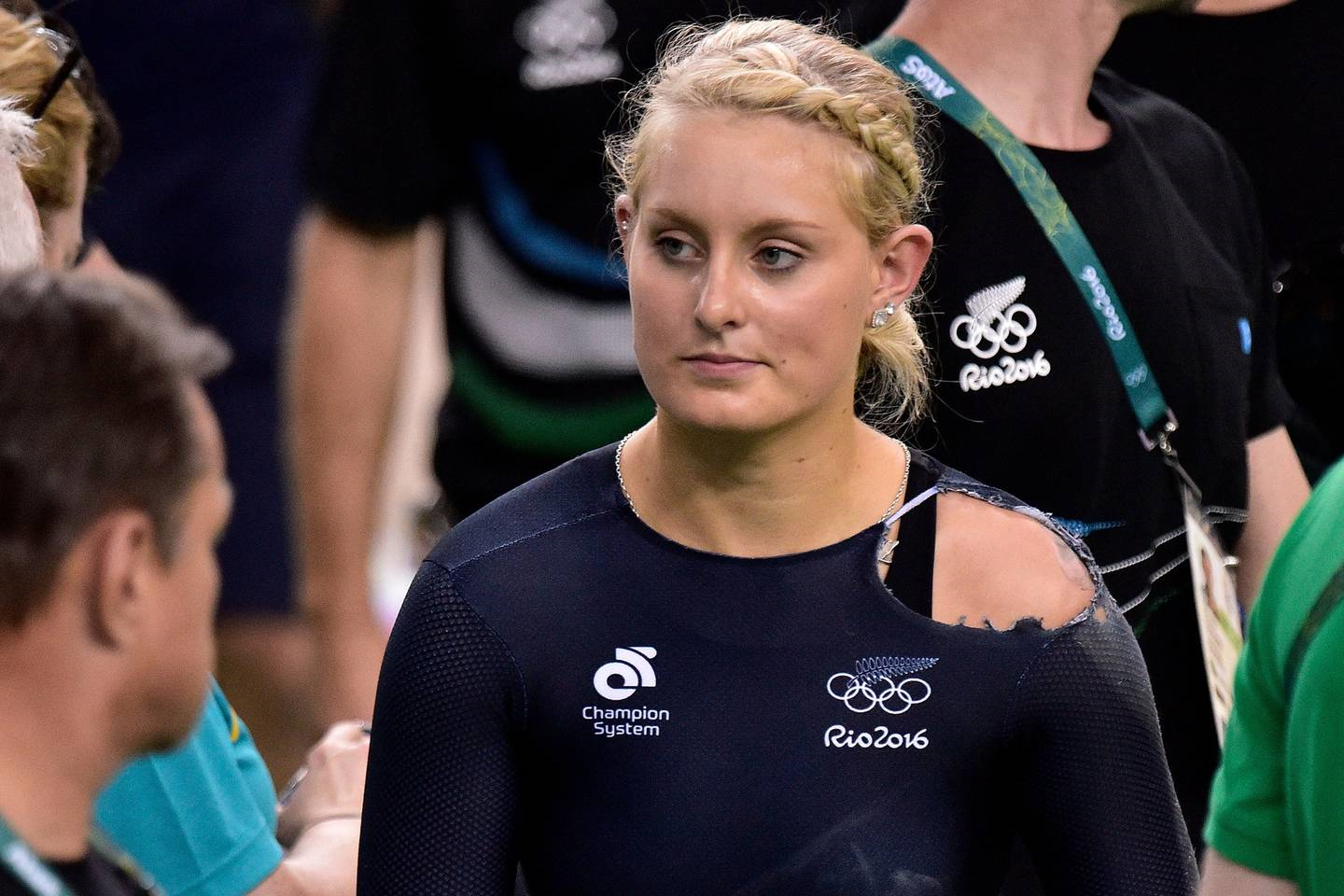 Olivia Podmore after a crash in the Keirin event at Rio Olympics. (Photo / File)

Podmore won silver in the team sprint and bronze in the time trial at the Junior World Champs in Astana in 2015.

She was also the 2017 national keirin champion.

In an Instagram post earlier on Monday - since removed - Podmore outlined the pressures of competing at the highest level.

"Sport is an amazing outlet for so many people, it's a struggle, it's a fight but it's so joyous," she wrote.

In a statement on Monday evening, Cycling New Zealand said its riders and staff "are deeply saddened with the loss of one of our young cyclists".

"Olivia was a much loved and respected rider in our Cycling New Zealand squad.

"At this time we are providing support to our staff and riders, the cycling community and those that were close to Olivia.

"Cycling New Zealand extend our deepest sympathies to Olivia's family at this time and we ask that media respect the privacy of Olivia's family, friends and our riders."

The New Zealand Olympic Committee said it was deeply saddened by the loss of Olympian #1333 and cyclist Olivia Podmore.

"We offer our deepest condolences to family, friends and others in the NZ community who are grieving this loss.

"We are providing wellbeing support for members of her team and the wider team as we return home from Tokyo.

"Olivia represented New Zealand with honour and pride at both the Rio 2016 Olympic Games and the Gold Coast 2018 Commonwealth Games. She was a valued team member and her loss will be felt across the New Zealand Sporting Community."

"Police are making enquiries in relation to the death on behalf of the coroner."

The Cycling New Zealand website describes Podmore as one of a group of cyclists blazing the trail for women sprinters – "an athletic and determined rider who has background interests across a range of sports".

It says she started out in BMX at the age of 8 before her mother bought her a road bike at the age of 12. She won her first national age title in 2011.