By Bridget Tunnicliffe of RNZ

Welcome to a new era of the Silver Ferns, where an athlete can be named the player of the year one year and be left out the next.

Silver Ferns coach Dame Noeline Taurua unveiled some surprises as she named her team for the Commonwealth Games.

Kate Heffernan is poised to debut for the Silver Ferns after being named in the team of 12.

"Her ability to turn over the ball is definitely of value to us and her height in the middle. She had an outstanding trials and probably showed the shift that she's made in her feeding as well," Taurua said.

It was the midcourt that kept the Silver Ferns' coach awake at night.

"And especially around that centre position I was looking forward to seeing what people could do in the trials."

The unprecedented depth meant some fierce players would miss out.

There was no room for Sam Winders and Claire Kersten, who have been mainstays in the midcourt for the past couple of years, although Kersten has been named as a reserve. 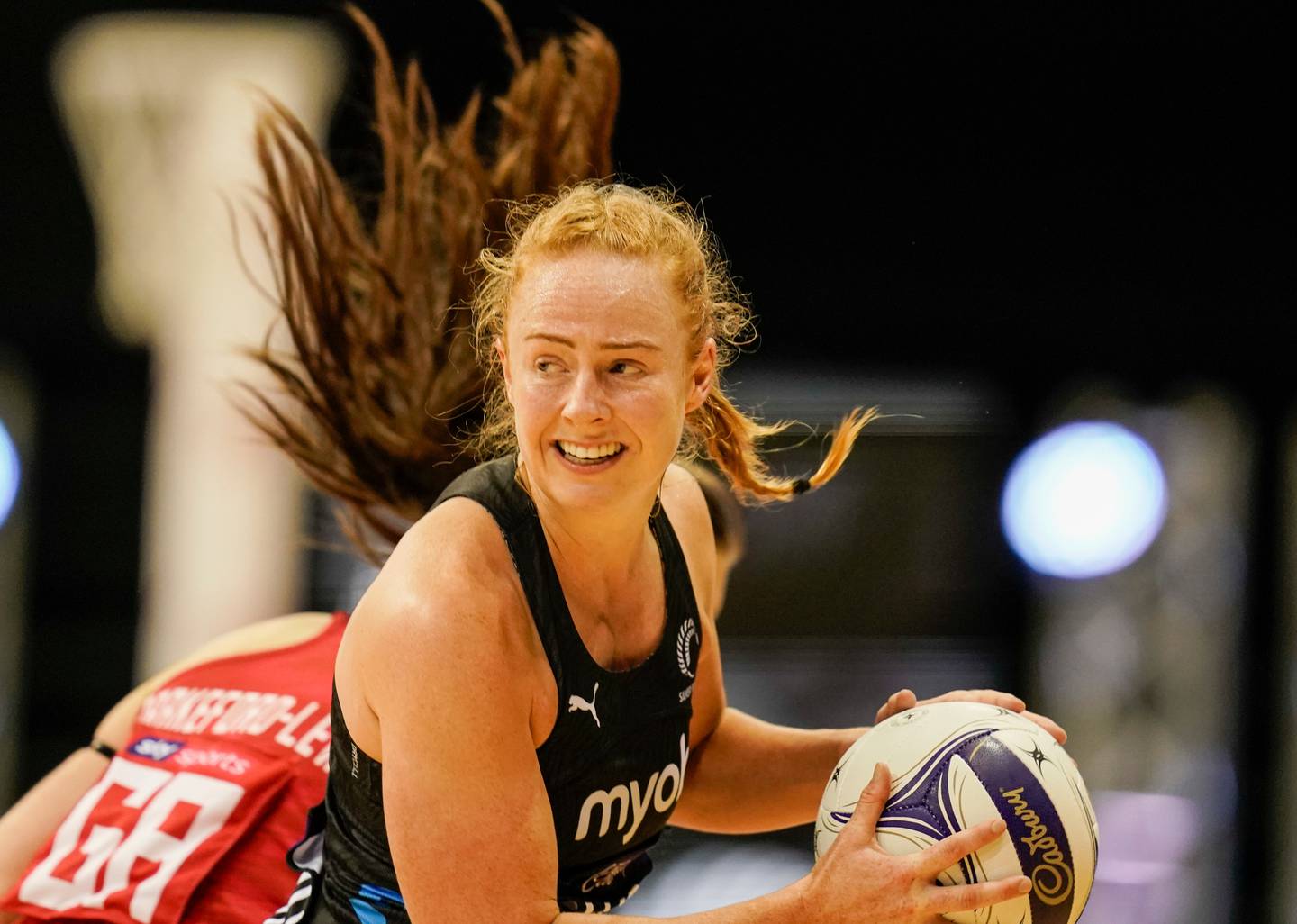 Sam Winders was one of the many surprise omissions. Photo / Photosport

Taurua said there was very little in it.

"Anyone of those triallists if I'm going to be honest could have made the team and that's how close it was and the midcourt was always going to be a difficult choice at the end because there's so many classy midcourters.

"Commonwealth Games is one stage, and then next stage for us is Netball World Cup, it's really important that individuals grow their game, that they don't stay the same. How can they extend themselves and improve their skill-sets."

"For us our key matrix is volume of shots, feeds into the circle, gains, and less turnovers so that's really the base of all the positions."

Souness is known as a specialist wing attack but Taurua said she would also use her at centre, along with Shannon Saunders.

"Putting her in at centre at trials just showed me actually how good she is there and of course we've got speed to burn with Whitney, Gina, and Shannon and also her ability to be able to feed the circle."

Taurua said some triallists were sick last week so weren't able to participate or had limited time at trials.

"So we definitely had a look at past performances but also needed to look at loads in regards to what they've been doing over ANZ and whether they can handle the back to back trainings that we do but also the tournament style."

Despite having a great ANZ Premiership season shooter Tiana Metuarau, who got lots of court time in the sides last two international series, has been dropped but is named as a reserve.

Maia Wilson and Grace Nweke were named, subject to Nweke getting medical clearance as she works her way back from an ankle sprain.

Shooters Te Paea Selby-Rickit and Bailey Mes got the call up after impressive ANZ Premiership seasons.

Taurua said she was willing to sacrifice a little accuracy in exchange for volume.

"We need shooters that have volume or could put the shot up. Yes there's still questions marks over the accuracy and I'm very aware of that but we can move the accuracy but definitely volume is important to us so hence the four shooters that we have who are high volume shooters." 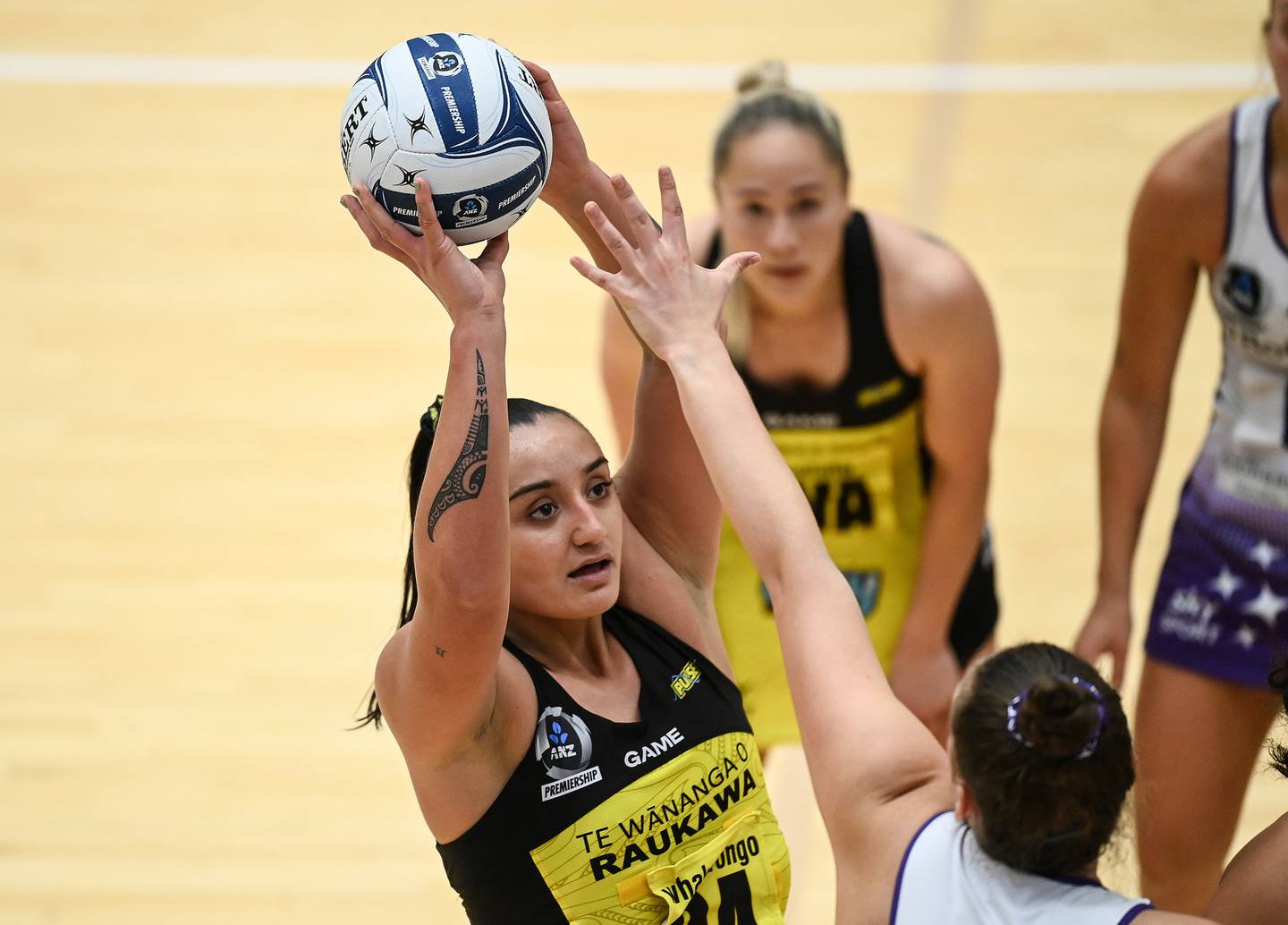 Tiana Metuarau was one of the stars the Central Pulse's ANZ Premiership title campaign in 2022. Photo / Photosport

Former captain Ameliaranne Ekenasio, who has been racing against time to regain her fitness after having her second child, while not named in the 12 is down as a reserve.

"What she brings to the team both on and off court and that's unwavering. For us to be able to bracket her, gives her more of an opportunity to try and get over, make sure she's physically ready but also that we keep to the standards that have been set to wear the Silver Fern.

"There's still medical areas that Grace has to pass because she's still coming off the injury but I'm pretty confident that she'll get over that as well. But we have both Tiana [Metuarau] and Meels [Ekenasio] in the reserves if something shall happen."

Kayla Johnson has completed a remarkable return to international netball with her selection.

"We know what she's like at international. She'll be a slide for wing defence and goal defence and know that we can cover a faster more mobile shooting combination when she's in the circle."

Taurua said there wasn't a conscious effort to add height to the team but it was a bonus.

"I'm really pleased that it resulted in a really tall team right through-out court. One of the things I'm really wary about is the big three we'll play at the end, England, Jamaica, and Australia and the defence we'll have to put on there, which is the zone or space marking.

"To have that extra height through the middle will definitely help us so that we can hunt the ball but we can also use space."

The New Zealand coach said she was excited to have some points of difference in the side.

"With the current players that we have it's turned out we've got a bit of experience but also there's a bit of unpredictability and I think that's going to be good for us."

The Silver Ferns will be determined to be competitive in Birmingham after hitting rock bottom when they finished fourth at the 2018 Commonwealth Games.

Reserves Elle Temu and Mila Reuelu-Buchanan will travel with the team to Birmingham.