Real Madrid became European champion for a record-extending 14th time after beating Liverpool 1-0 in a Champions League final that started 37 minutes late because of disturbing crowd issues outside the Stade de France.

While Madrid completed a Champions League-La Liga double, Liverpool finished a season that promised so much – a week ago, it was in contention for an unprecedented quadruple of major trophies – with the two domestic cups in England.

The English team couldn't find a way past Madrid goalkeeper Thibaut Courtois, who tipped Sadio Mane's first-half shot onto the post and produced an even better save to turn away Mohamed Salah's effort in the 81st.

Madrid cemented its status as the king of European soccer, given the Spanish giant owns double the number of European Cups as the No. 2 on the list, AC Milan.

Liverpool stayed on six. Pre-match crowd issues marred this final, though, and are sure to be the focus of an investigation by UEFA and authorities in the coming days. 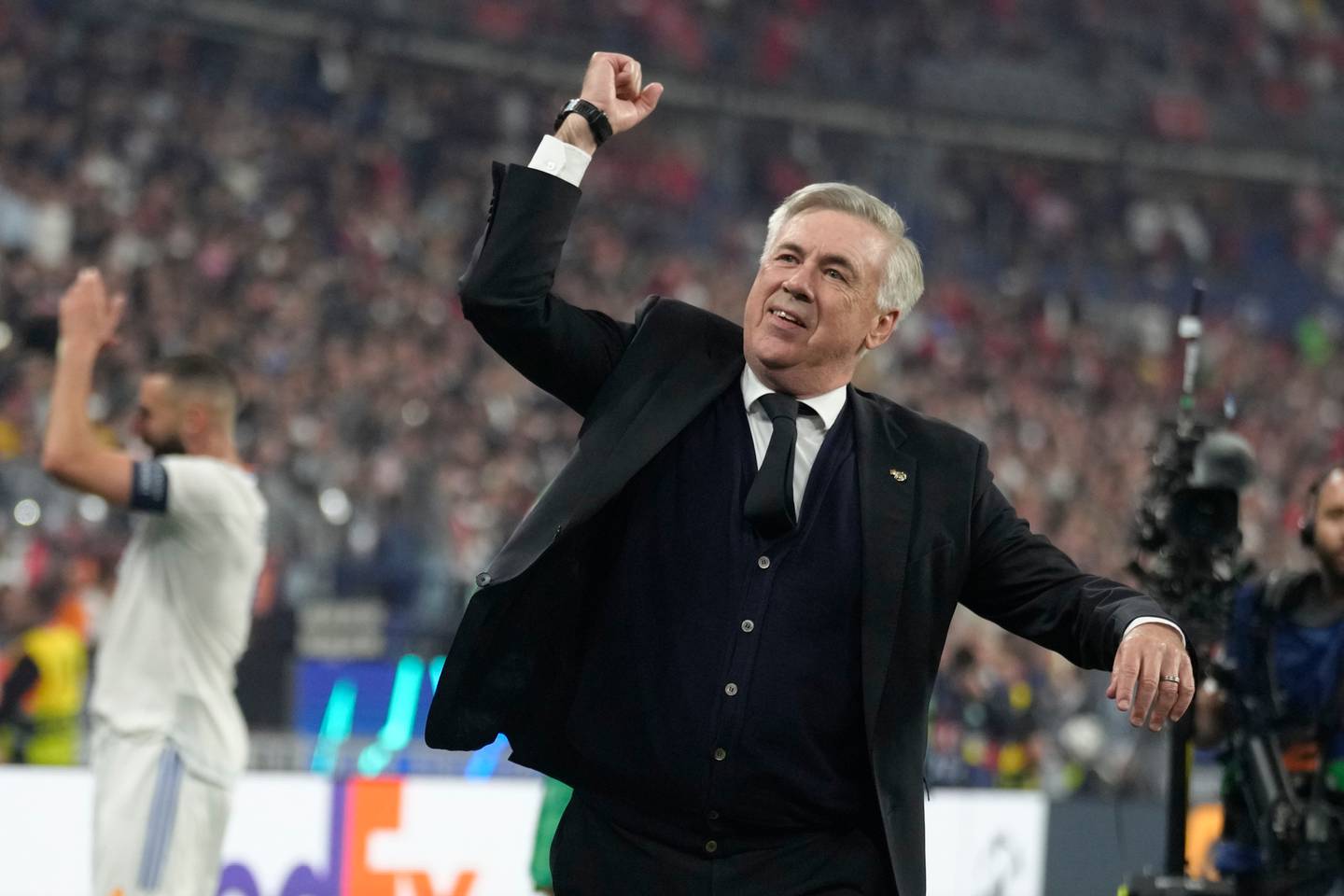 With 45 minutes remaining before kickoff, there were still long lines of Liverpool fans waiting to be allowed into the stadium, and there were sporadic instances of fans breaking through security and sprinting onto the concourse.

The Associated Press saw two fans – one was wearing Liverpool attire – wrestled to the ground by stewards and bundled out of the gates, while others managed to get all the way into the arena.

The situation started to get out of hand as riot police deployed tear gas on Liverpool supporters in the lines, while some fans were seen climbing the fences. Officers with batons and riot shields ran from gate to gate to prevent pockets of fans forcing their way into the stadium without showing tickets.

About 15 minutes before the scheduled kickoff of 9 p.m. local time (1900 GMT), an announcement was made that there would be a delay, blaming the late arrival of fans to the stadium.

It was greeted by jeers inside the stadium, given those fans had already endured long queues.The scenes were reminiscent of the chaos outside Wembley Stadium before the European Championship final last year between England and Italy.