Follow all the live action from day one of the Prada Cup with AUT's Sailing Professor Mark Orams and live commentary from PJ Montgomery below.

All you need to know ahead of the Prada Cup:

After months of drama, controversy and preparation, racing for the America's Cup is finally set to kickoff with the start of the Prada Cup.

Organised by the Challenger of Record, the Prada Cup Challenger Selection Series will be held in Auckland throughout January and February 2021 to determine which of the three challengers - Luna Rossa, Ineos Team UK and American Magic - will take on the defenders Team New Zealand in the 36th America's Cup Match starting on March 6.

The Prada Cup will consist of four round robins of three races each, a seven-race semifinal and a 13-race final between the two leading teams. Each win gets one point.

The highest ranked Challenger at the end of the round robins will be automatically qualified for the Prada Cup final.

The remaining two teams will then race in a seven-race semifinal and the first team who gets four points will qualify for the Prada Cup final.

The Prada Cup final will then determine the Challenger to face Team New Zealand in the America's Cup Match and the winner of the newly minted Prada Cup trophy.

American Magic will head into the Prada Cup as the bookies' favourites after a strong showing at the World Series in December, where they were the only team to beat Team New Zealand in an official race.

However, don't count out the Challenger of Record Luna Rossa who will bring plenty of nous and experience to the regatta.

Meanwhile, Ineos Team UK, who went without a win in the World Series, also seem to be heading in the right direction if this week's practice races were anything to go by. 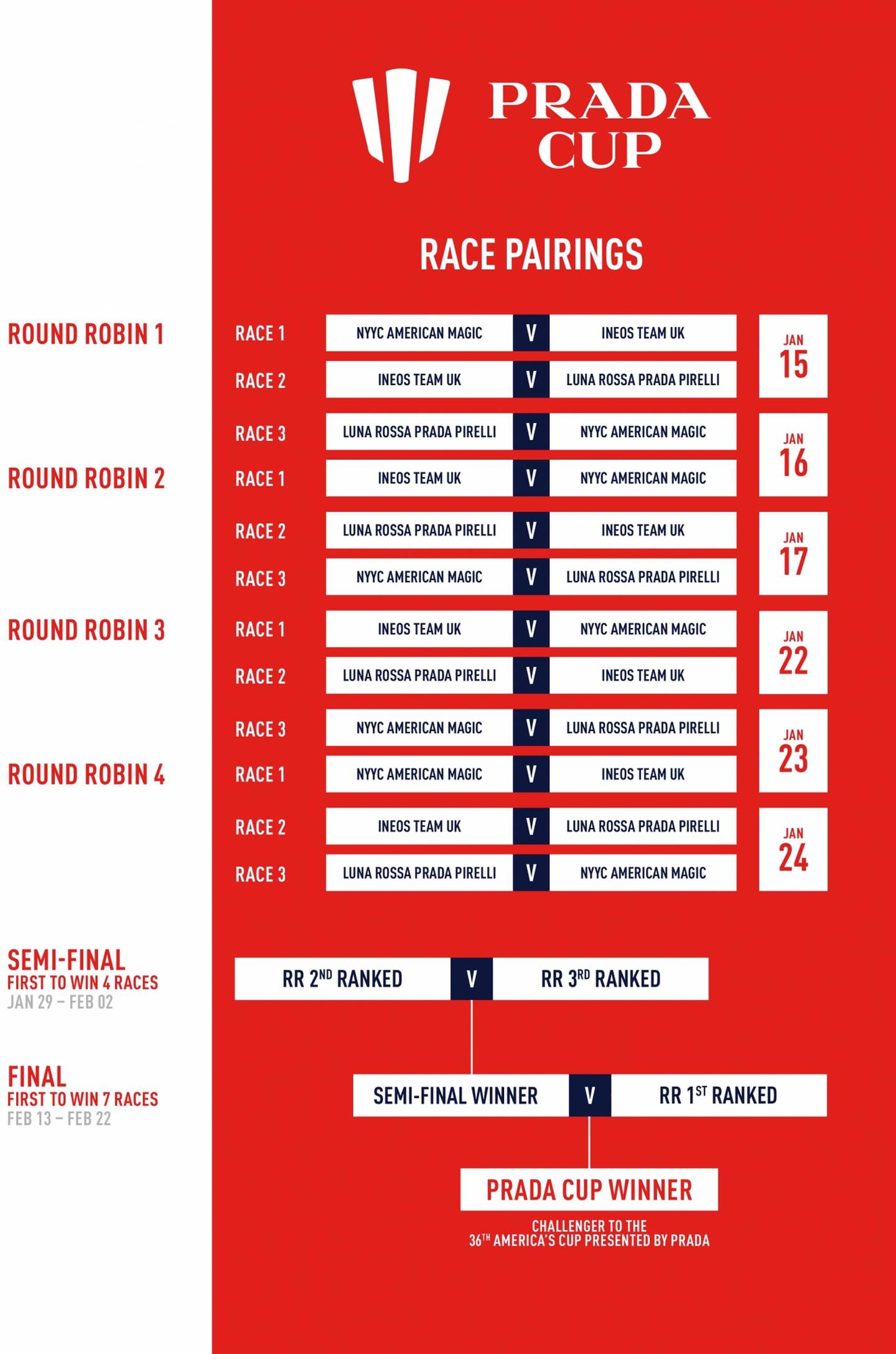