Mercedes' Valtteri Bottas won the Turkish Grand Prix but his teammate Lewis Hamilton will rue a missed opportunity that could prove costly in the battle for the F1 championship.

Bottas started on pole position and drove a faultless race to win his ninth Grand Prix and his first since the Russian Grand Prix last year.

Max Verstappen was second and his teammate Sergio Perez rounded out the podium as Red Bull closed the gap to Mercedes in the constructors' championship.

Lewis Hamilton started the race in 11th after copping a grid penalty for changing his power unit but he wasted no time in making his way through the field.

The seven-time world champion made his way up to fifth in no time but from then on, struggled to catch up to the race leaders.

Hamilton and Perez engaged in an epic wheel to wheel duel over several corners on lap 35, with the Mexican somehow able to keep the Mercedes at bay.

The track at Istanbul was damp and most drivers opted to take just one pit stop, but some drivers including Hamilton and Ferrari's Charles Leclerc wanted to go the whole race without changing tyres. 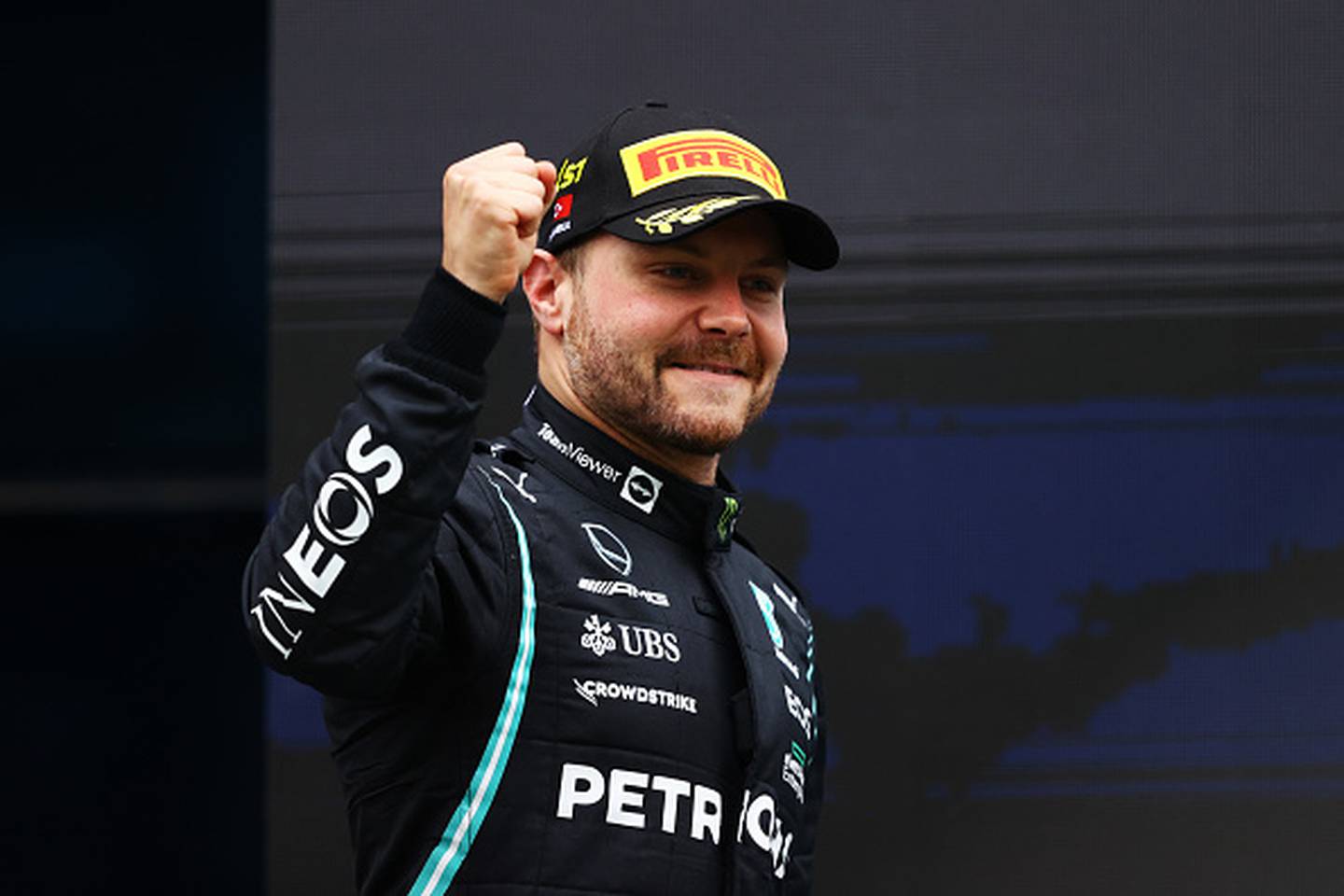 Despite his protests, the Mercedes team urged Hamilton to come in to the pits and he eventually did with about 10 laps to go.

But the fresh intermediate tyres didn't have the desired effect for Mercedes as Hamilton lost touch with the leaders in the closing stages and eventually finished fifth.

"Why did you give up that place?" he fumed over team radio after the pit stop.

"We shouldn't have come in. I told you!"

He also wasn't happy soon after when he was told AlphaTauri's Pierre Gasly was hot on his tail.

"Leave me alone," Hamilton fired back to his race engineer.

Former F1 world champion Jenson Button said Hamilton had every right to be angry at his team for making him come in to the pits.

"Lewis was in a good position and for Lewis, the main thing is it wasn't communicated to him well enough that he was going to lose two places by pitting," he told Sky Sports.

However, it is important to note Alpine's Esteban Ocon was the only driver not to pit for the entire race and was 50 seconds slower than the driver in front of him on the last lap alone.

Mercedes team principal Toto Wolff stood by the call to change tyres and said Hamilton would have had a chance for a podium finish if he pitted when he was first told to.

"That would have been better than what we ended up with," Wolff told Sky Sports after the race.

"But it was measured and in the car, he didn't see how much he was dropping off. It was clear that had he stayed out then he would have lost out to Gasly.

"We thought we could finish third without stopping or, if a dry line emerged, maybe going to a soft tyre.

The result is crucial in the context of Hamilton's seesawing battle with Verstappen for the world title this year.

The Dutchman's strong result saw him regain the lead in the drivers' championship from Hamilton by only six points.

Australia's Daniel Ricciardo started dead last on the grid after taking an engine penalty and fought hard but could only manage 13th.