It's an international rugby league double-header at Mount Smart Stadium in Auckland today as New Zealand's men's and women's teams take on Tonga.

Why should I watch?

Besides the fact that these are the first rugby league test matches to be played in New Zealand for years, the rivalry and style of play associated with all four of the teams on display will no doubt make for an entertaining spectacle.

That, and the fact that Mount Smart Stadium is sold out - this will be the first time the Kiwis will play in front of a capacity crowd since the 1988 Rugby League World Cup final at Auckland's Eden Park; while the Kiwi Ferns are hoping to achieve a new world-record crowd attendance for a women's rugby league match, which currently sits at 18,000. So if you have tickets, make sure you get there for game one!

Also - remember the 2017 World Cup when Tongan fans put Kiwis fans to shame by blanketing Hamilton's FMG Stadium in red and white; while singing their side to a monumental and thrilling upset victory? Yeah, that should be reason enough. 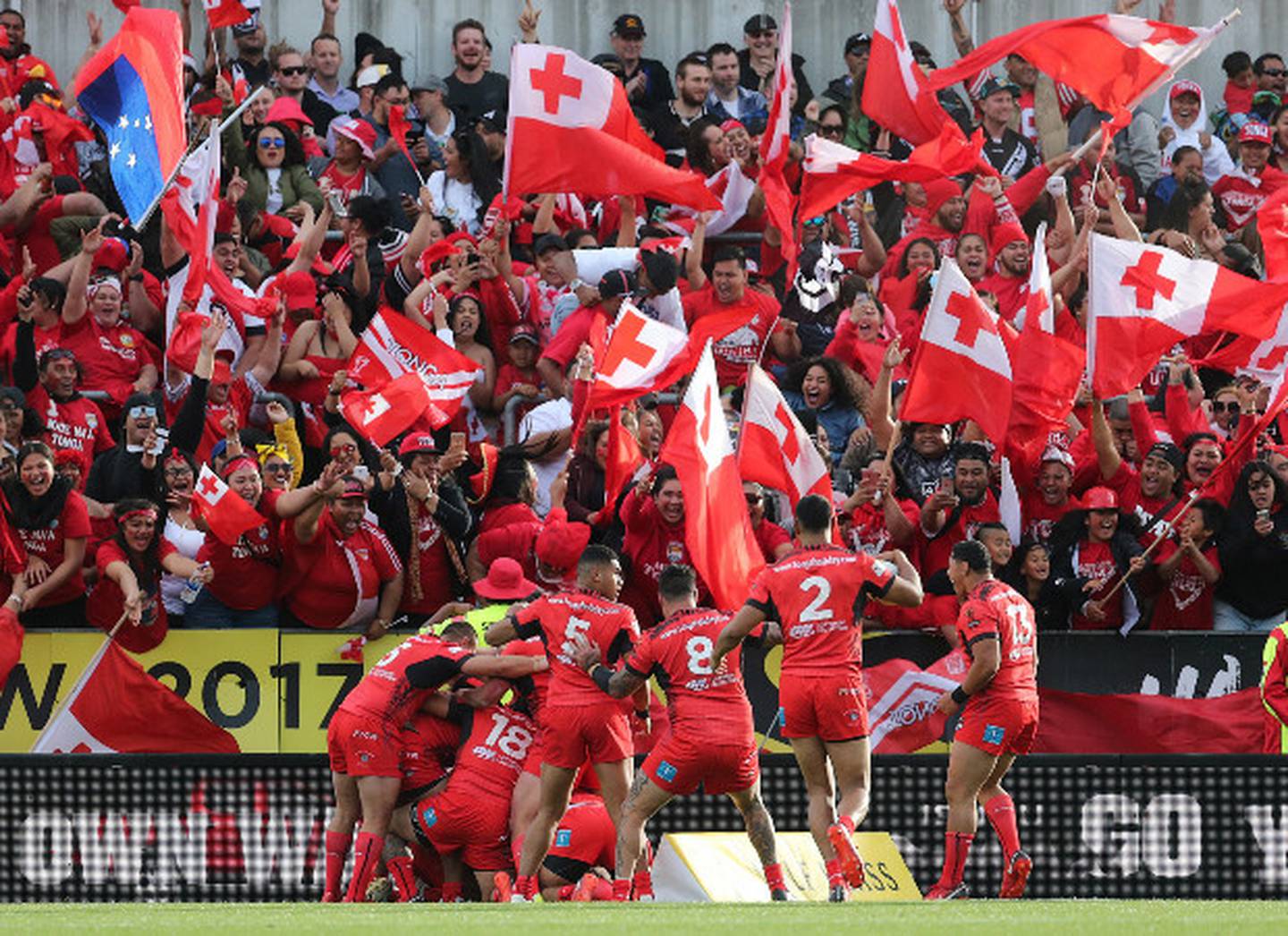 A sea of red will no doubt descend on Mount Smart Stadium in the hopes of Tonga repeating 2017 glory. Photo / Photosport

The next big thing?

One thing you'll immediately notice about the Kiwis team is the absence of Shaun Johnson, plus a host of his fellow-Warriors teammates. Cue Dylan Brown.

Brown has already been compared to Benji Marshall and is seen as the playmaker New Zealand can build around for the next decade.

It's staggering stuff, but not without foundation as Brown is one of the most exciting local prospects in years.

In 14 games for the Parramatta Eels this season he's recorded seven tries, eight try assists and 12 line breaks, and is averaging almost 130 running metres a week.

As well as his test debut, tomorrow is also an audition for a World Cup spot, as Brown aims to stay ahead in the halves pecking order, before Maguire's final squad is revealed in October.

While this Tongan team comes minus its English Super League and State of Origin stars, it's still one packed with talent.

New Zealand Warriors captain Addin Fonua-Blake is one of three former Kiwis players lining up to face their former teammates on Saturday and is no doubt one of the most formidable.

Jason Taumalolo, Siosiua Taukeiaho, Kotoni Staggs and Sione Katoa join Fonua-Blake as representatives from the side that also famously defeated Australia 16-12 in 2019.

Also, don't forget to watch out for Haumole Olakau'atu, who turned down the opportunity to pull on the NSW jumper to represent his country this weekend. 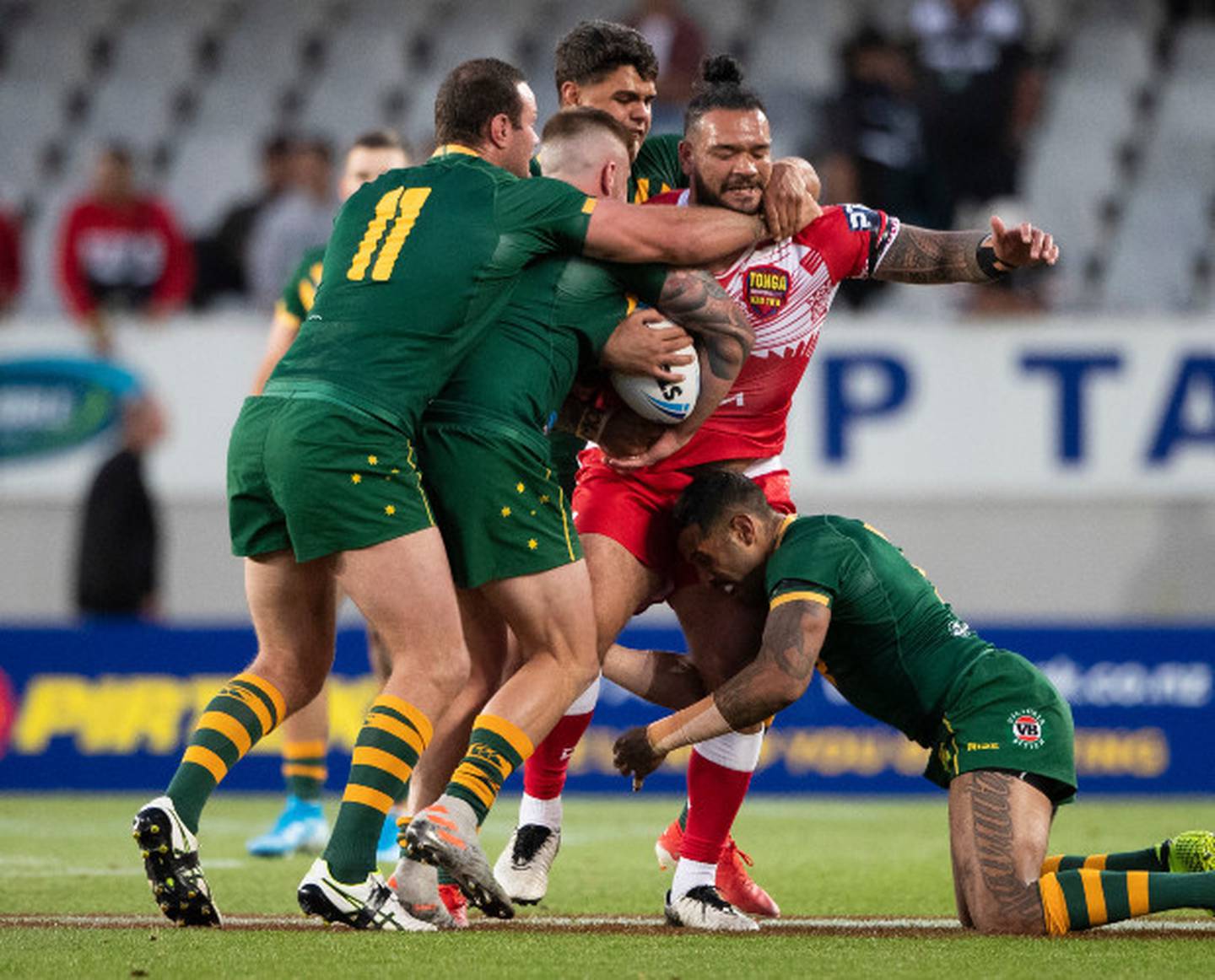 An important showcase for the women's game

The Kiwi Ferns are in the midst of their build-up for the World Cup in England in November so this test, as well as the upcoming NRLW season, acts as a crucial litmus test for where the team currently stands - after two years on the sidelines.

Watch out for Amy Turner who previously lined up for the Australian rugby sevens team at the Rio Olympics – winning a gold medal at the event - but now gets to live out a life-long dream on Saturday.

For the Hakula Tonga team, it's an opportunity to push their claim for a spot in the 2025 edition of the World Cup in France by showing they can compete with one of the best sides in the world. 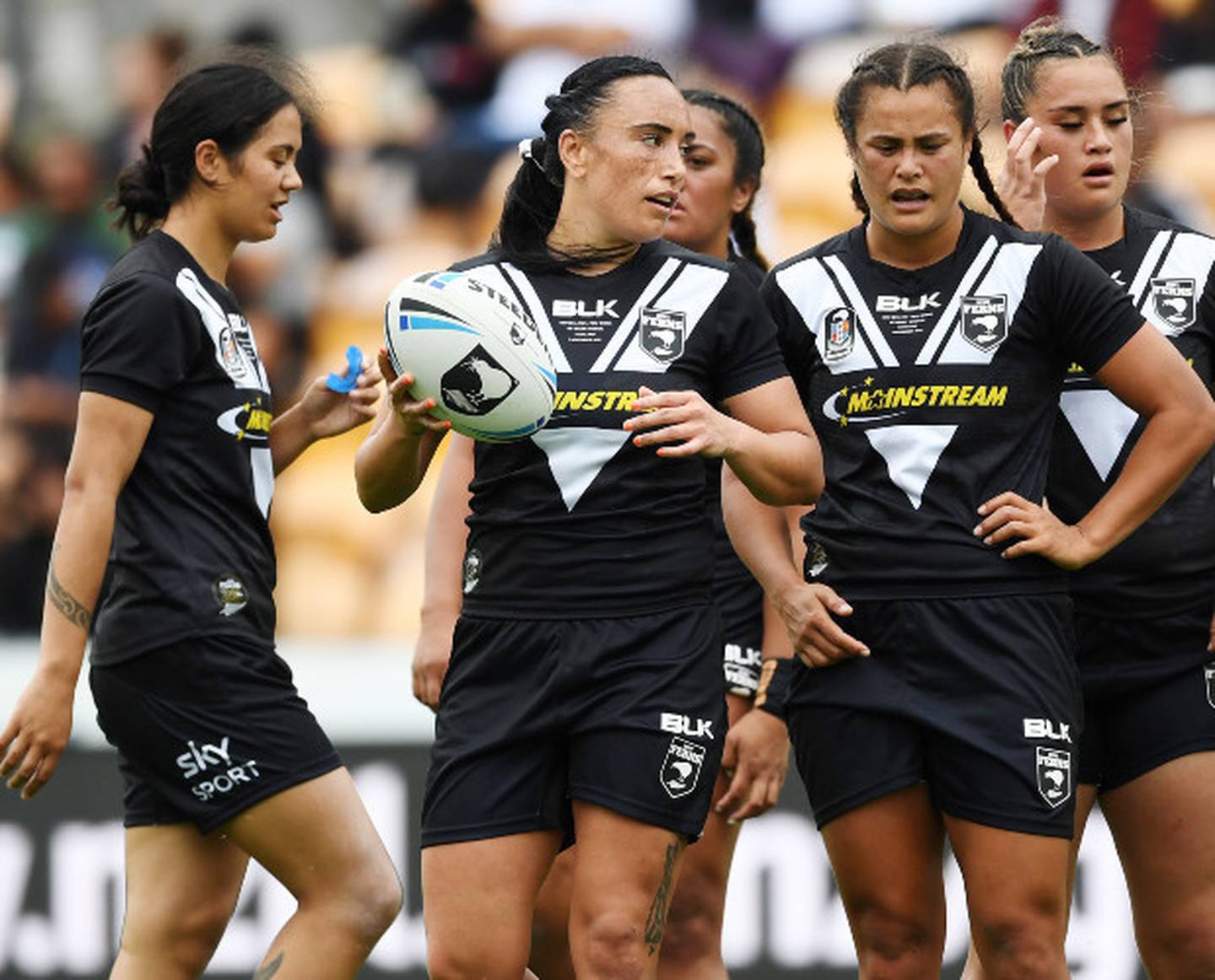 This test match is an important fixture for the Kiwi Ferns. Photo / Photosport

So you're one of the lucky ones to get a ticket

It's a sell out! Fans attending the game are urged to arrive early and to use the free public transport services, with gates opening at 1:30pm.

According to the Metservice there's a small chance of showers before 5pm, with temperatures hovering around 15 degrees.

The Herald will provide live updates of the game from 3pm while the games will be broadcast on Sky Sport 1 from 2:30pm. The Kiwi Ferns take on Tonga at 3:10pm while the Kiwis kickoff at 5:20pm. If you want to watch the matches online, you can stream them live via Sky Sport Now.

What the TAB says

While the TAB are not offering odds for the women's test, the Kiwis are firm favourites to take out Mate M'a Tonga in their encounter.