The rider from Taupō will try to set a Guinness World Record for the longest jump on a pedal assist eBike by jumping more than 30m at a purpose-built venue near Rainbow Mountain about 25km south of Rotorua.

Mildon travels the world like a modern-day Evel Knievel, attempting daring challenges and pushing the limits of what can be done on a bike.

Mildon was the first person in the world to land a triple, and then a quadruple backflip on a BMX bike in 2011 and 2015 respectively. 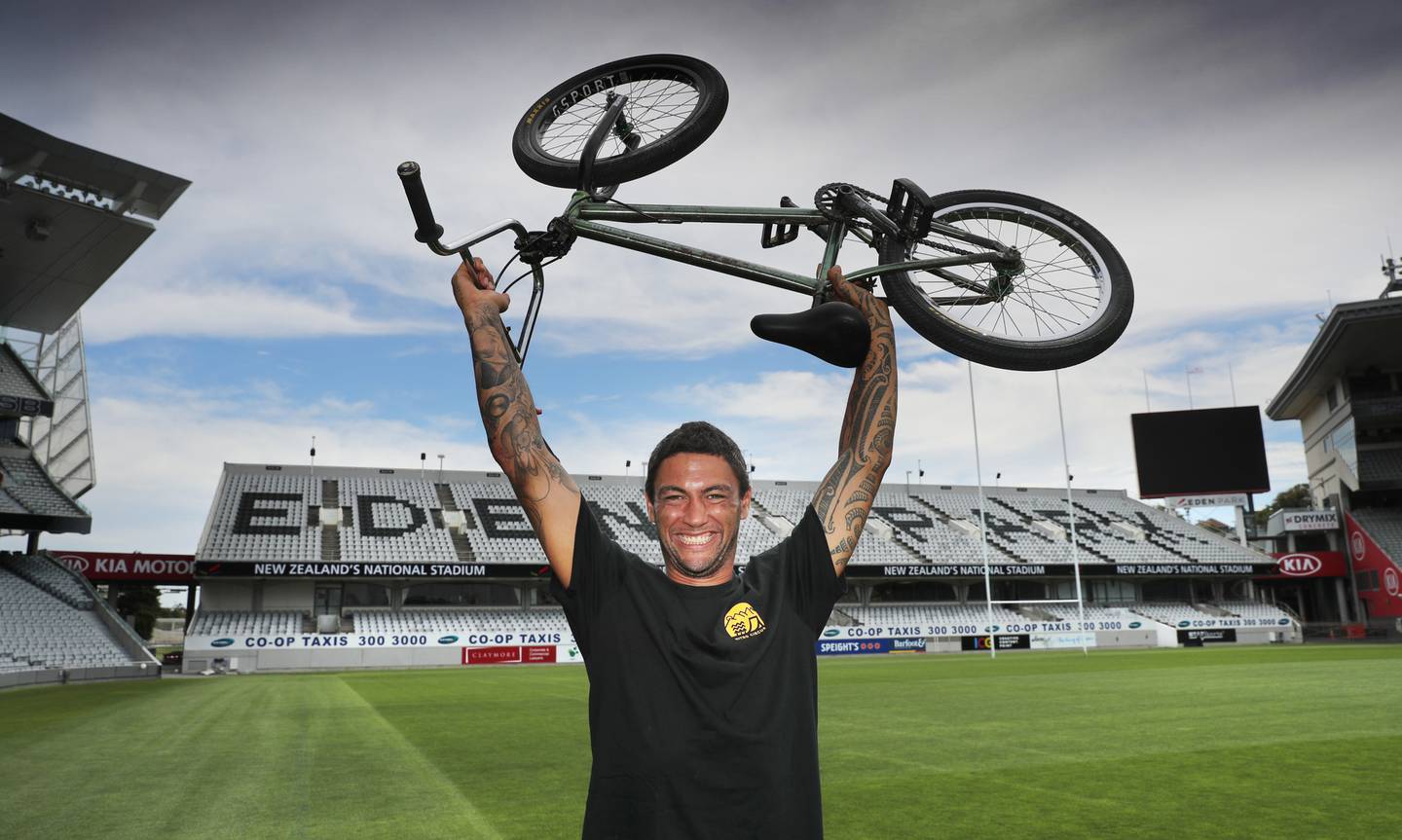 Jed Mildon is attempting a world record near Rotorua on Friday. Photo / NZME

This morning's attempt has been a year in planning and design.

From selecting and setting up an eBike that can handle the rigours of taking on this jump, to finding a site that would allow him to safely reach the necessary speeds to make the minimum distance, to getting on the tools to build the perfect launch-ramp, it's now time to jump.

The timing of today's attempt will depend on weather conditions.