Parker has not been charged in relation to the case.

The former heavyweight champion has fought to keep his name secret at several hearings in the High Court and Court of Appeal during the past two years.

The country's top court declined to grant him leave to appeal a decision by the Court of Appeal on October 16 which dismissed a challenge of an earlier High Court decision not to grant permanent name suppression.

The 29-year-old, who held the WBO heavyweight title from 2016 to 2018, wanted to keep his identity hidden after prosecutors named him during the High Court trial of Tevita Fangupo, Tevita Kulu and Toni Finau in 2019.

Despite not being charged, the Crown alleged Parker played a role in the importation of methamphetamine by transporting and changing currency. 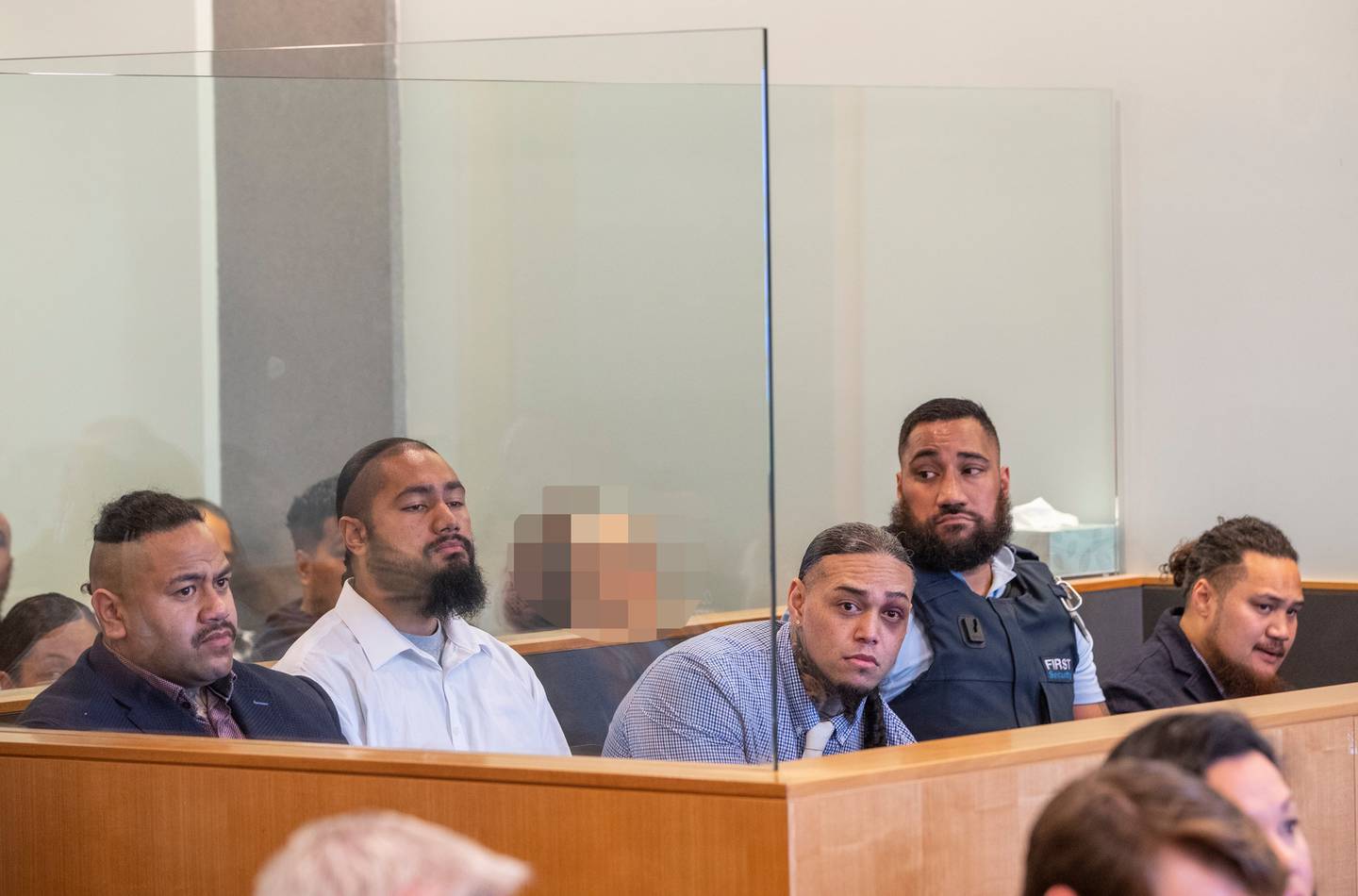 Tevita Fangupo (left), Toni Finau and Tevita Kulu, with Halane Ikiua at the far right, during their sentencing at the Auckland High Court. Photo / Peter Meecham

Parker has strenuously denied the allegations, including under oath in the form of an affidavit.

"I have never been involved in the importation of class A drugs," Parker's affidavit reads.

"I have never changed or transported money for the defendants. I have never been involved in the purchase, supply or consumption of methamphetamine.

"Nor was I charged by the police in relation to the specific messages alleged to relate to me, after what appeared to be a thorough investigation."

There were two particulars prosecutors said indicated a connection, but the Crown has since recanted one of them. 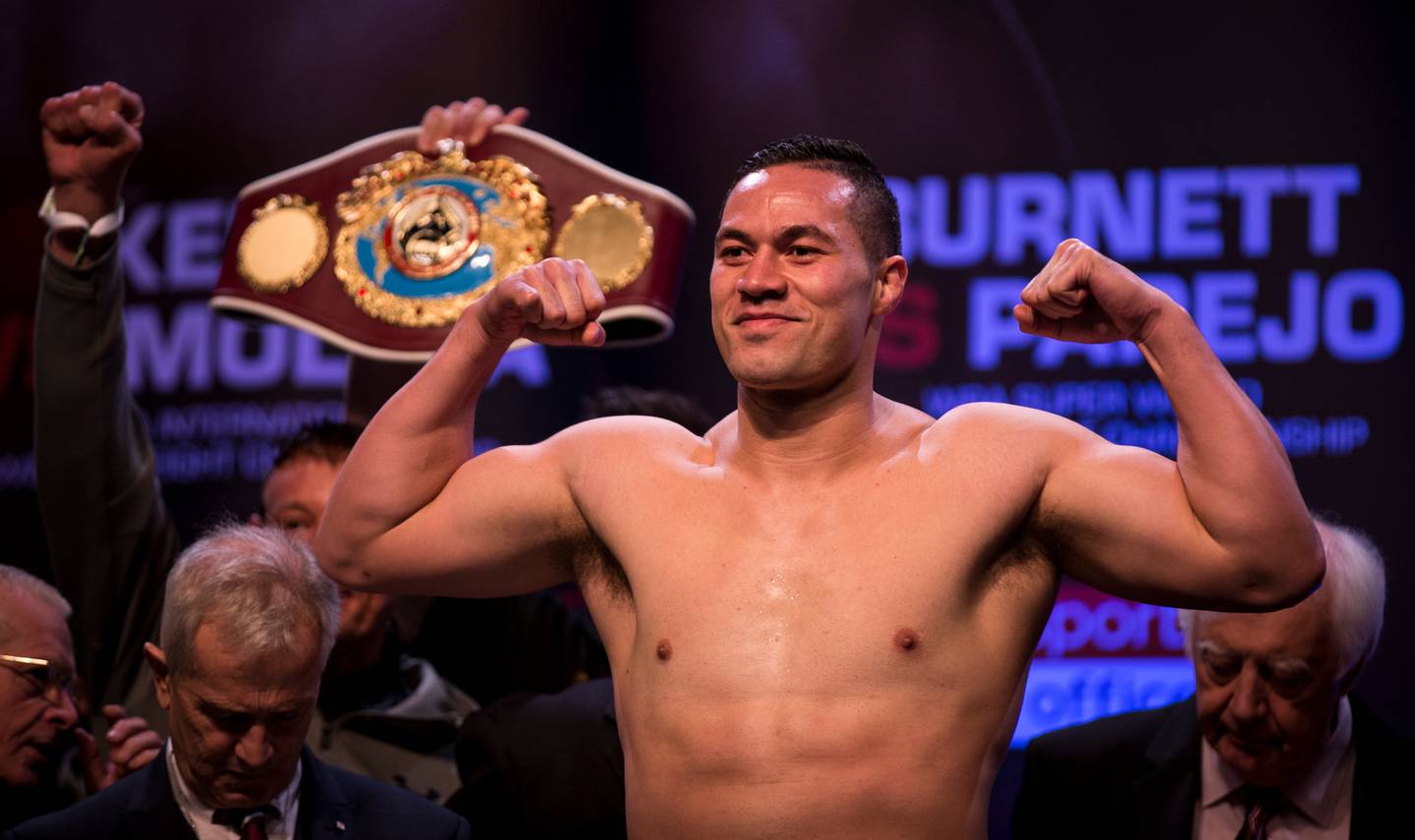 Champion Kiwi boxer Joseph Parker denies ever being involved in the purchase, supply or consumption of methamphetamine. Photo / Dean Purcell

The first was a text message to Kulu from a Californian supplier of the group, known as "Tonga", on July 5, 2017.

It was to the effect that he was "taking sese and joe out" and they would be changing New Zealand currency for him. Sese was a contact for the syndicate.

While Joe was initially said by the Crown to be Parker, it now accepts it cannot have been him because he was not in California at the time.

Some claims against Parker by the Crown, however, are still maintained.

A later text from Kulu to another Californian supplier, "Coka" was more explicit, stating Kulu had "paid one of the guys I was with today to change [the price] into [US] currency".

The second message read: "Alright bro..I got u tho..have all ur money..the dude I was with that's on my snapchat is going to change it to U.S currency..they won't question him bout all the money..cause he's the WOB boxing champion so pple know he rich anyways so he'll be good to change it with no hassles."

Evidence at trial from Finau's phone also revealed a series of Wickr messages between himself and a user called "joeboxerparker" between November 9 and 12 in 2017. This was later described by the Court of Appeal as "damaging" to Parker.

It has been accepted by Parker's lawyer Michael Heron, QC, that joeboxerparker was his client's Wickr address.

Heron argued at the Court of Appeal "[a]t most ... [this] evidence could be used to allege possible involvement in the recreational purchase or use of drugs."

The court, however, said the messages "go further than that". "However, it is important also to note that it is conceivable that someone other than Mr Parker was using his Wickr account," the Court of Appeal decision from October 2020 reads.

The retrieved messages, the Crown contends, appeared to show the user of the joeboxerparker account arranging for the purchase or supply of small quantities - up to a quarter of an ounce on each occasion - of drugs over the four-day period.

The terminology suggested the drug being dealt was probably meth, the Court of Appeal's decision reads.

Additionally, the joeboxerparker user seemed to be putting Finau in contact with an alternative supplier, the Crown claimed.

"He's a good Dude with the best stuff," the messages read.

"Do you still need a new contact? If so I'll get you in touch today then you can hook it up haha.

Heron, the former solicitor-general, fought for his client throughout the legal proceedings against arguments by the media and Crown.

He said if named, the fallout would cause almost irreparable damage to Parker's career.

Parker directly or indirectly employs a number of people to assist in his boxing career and a significant part of his income derives from sponsorship deals and merchandising.

The police had tried to interview Parker, but he exercised his right to silence.

A search warrant was also obtained for his house but never executed.

Detective Inspector Scott Beard has said Parker did not receive "special treatment" but added "there was insufficient evidence to charge" him.

In a High Court decision in June 2020, Justice Mathew Downs said while the police inquiry into members of the syndicate was thorough, "doubt attaches to whether the same is true of the inquiry of [Parker]". 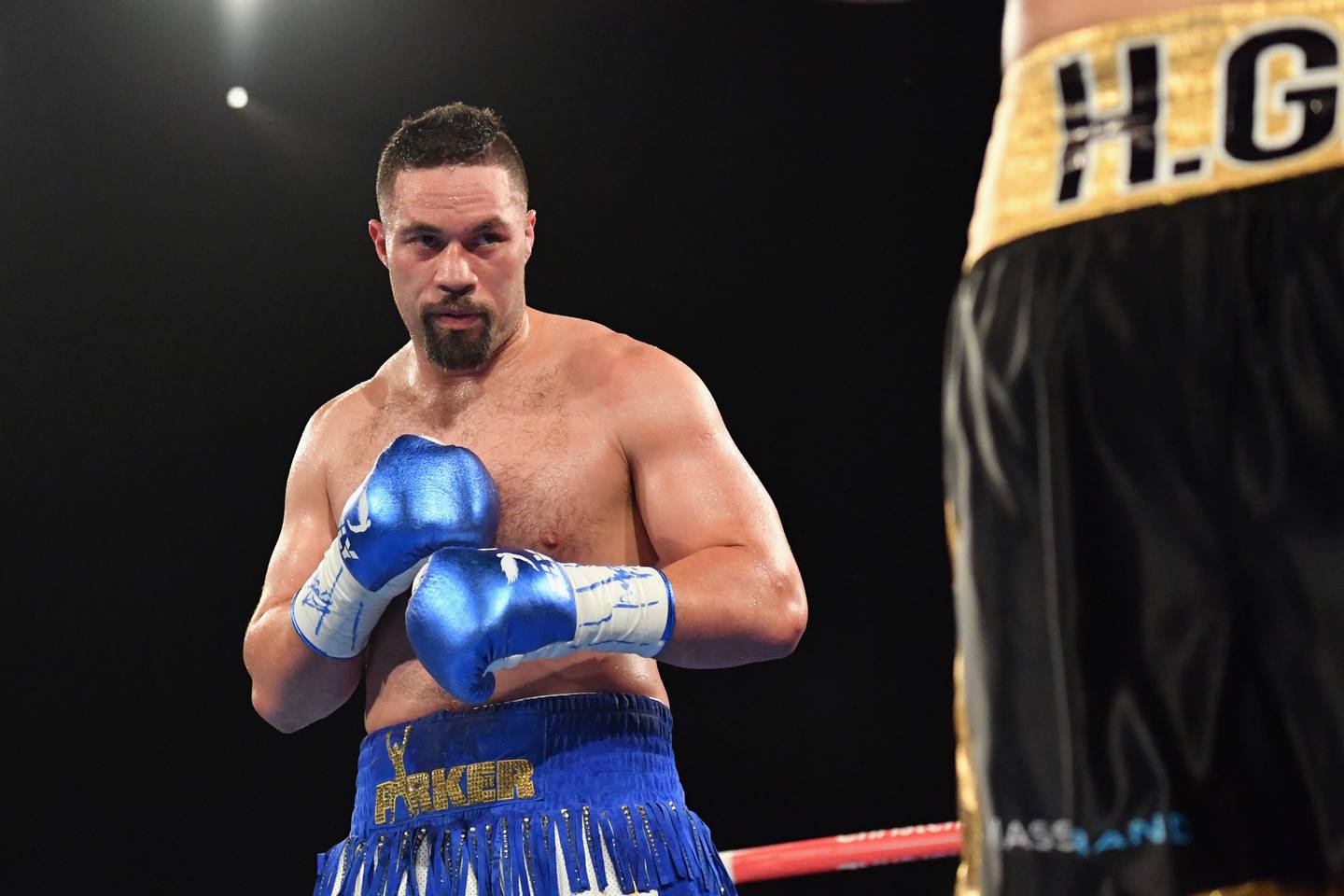 Police had also searched for records from the Travelex currency agency in relation to Parker during October 2017 but found none. However, a message from Kulu to Coka, which read his contact "is going to change it to US currency" did not say when this transaction would happen.

Justice Downs said it was not clear whether thought was given by police to investigating other currency agencies. He also said the "timing is curious" when police sought to interview Parker and only a week later told him he would not be charged.

Both the High Court and Court of Appeal also have said there is unquestionably, a high public interest in how methamphetamine is generally imported into New Zealand, including how it is financed, transported and how it is distributed once it arrives.

Justice Downs said in a decision from May 2019 that Parker's "alleged purchase of methamphetamine from Mr Finau was an important aspect of the representative supply charge confronting Mr Finau."

He continued: "Parker's alleged preparedness to buy white pills from Mr Finau was advanced by Mr Finau as a material aspect of his case [that] the charges had not been established.

"[Sioeli] Fakafanua - Mr Finau's witness - said he clearly remembered what happened because he was 'so starstruck'.

The coded WhatsApp and Wickr messages and 'white pills'

Coded communications intercepted by police provided the links which the Crown alleged showed Parker was involved in the conspiracy.

There were several references in the messages to puha (the Tonagan word for box), Nike, t-shirts, shoes and keys.

A majority of the packages included Nike footwear, but also concealed methamphetamine.

"The significance of all this is that the defendants had a system - and this extended to payment for drugs in California," Justice Downs said in his May 2019 decision.

"Mr Fangupo and Mr Kulu arranged for others to convert New Zealand money into United States money and take United States cash there. This brings me to the prominent sportsperson."

The group, however, contested the Crown's case at trial by arguing nothing more than steroids and bodybuilding supplements were imported and supplied.

Sioeli Fakafanua, a witness at the trial, said he saw Finau sell "white pills" to Parker around 2017.

However, no one could say what the white pills were but Finau claimed it was reasonably possible the pills were steroids or bodybuilding supplements.

More Crown evidence alleged Parker was listed as a contact on Fangupo's phone and in the messaging app Viber. Singaporean experts were used to examine Kulu's phone after he refused to provide police with its password.

What they found were WhatsApp messages, which prosecutors initially alleged showed that Parker exchanged and took drug money abroad. This is the allegation the Crown has since recanted.

However, there were still Kulu's messages to the Californian contact called "Coka".

In October 2017, Kulu sent Coka messages about meth pricing and said he had "all ur money ... the dude I was with that's on my Snapchat is going to change it to US currency".

"They won't question him bout all the money ... [people] know he rich anyways so he'll be good to change it with no hassels," Kulu continued.

Parker is "the dude" in these messages, the Crown alleges. 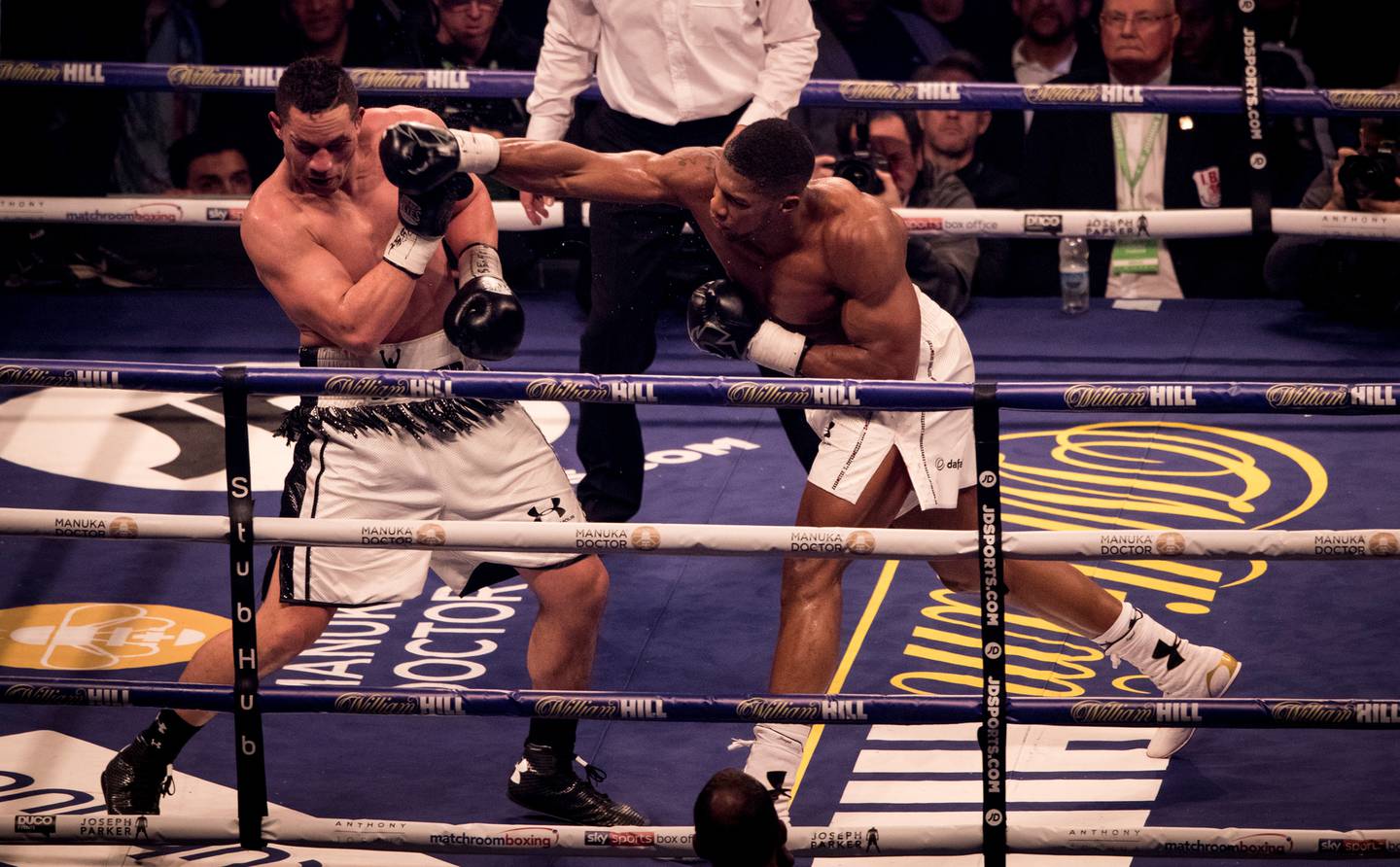 More Crown evidence allegedly linked Parker to the group after Finau's phone was examined by police and revealed the Wickr messages between him and the joeboxerparker username.

The messages began with joeboxerparker saying he was in town and had "300 [dollars] but boys have the other so let me know when you can get it".

Finau arranged to meet the person sending messages from joeboxerparker.

The next day, Finau wanted his "coin" and joeboxerparker said he had just finished training but assured him "you'll get your cash".

The account joeboxerparker also said the "boys get paid next week so they'll have $300 for the other one".

On November 11, 2017, Parker's alleged involvement continued when joeboxerparker asked Finau if he still needed a "new contact" and added "trust me, it's the best stuff out".

The user joeboxerparker organised for Finau to meet with the drug dealer and said: "He's a good Dude with the best stuff".

"It's 400 each but the best I've had," joeboxerparker added.

The account joeboxerparker replied: "Better then last or same?"

Joeboxerparker said: "Can I have a taster?"

The members of the syndicate - Fangupo, Kulu, Finau and Halane Ikiua - were all sentenced to terms of imprisonment last November for the importation and supply of methamphetamine and cocaine, and conspiracy to supply drugs.

A fifth man, Shane Singh, was also jailed for importing a Class A drug.