Former Springbok great Joel Stransky says there's a chance South Africa defies the expectations of most observers, and even its own players, on Saturday night by changing their style of play in a re-match with the All Blacks.

The Springboks have been widely criticised for what has been perceived as negative tactics since returning to international rugby in 2021, even though they led to a series win over the British & Irish Lions.

However, after three straight defeats in the Rugby Championship, questions are now being asked about the effectiveness of a gameplan described as not in the "best interests of the game".

While Springboks coach Jacques Nienaber, captain Siya Kolisi and tactical leader Handrè Pollard have all publicly backed a continuation of those tactics, Stransky believes a surprise change could be in the works. 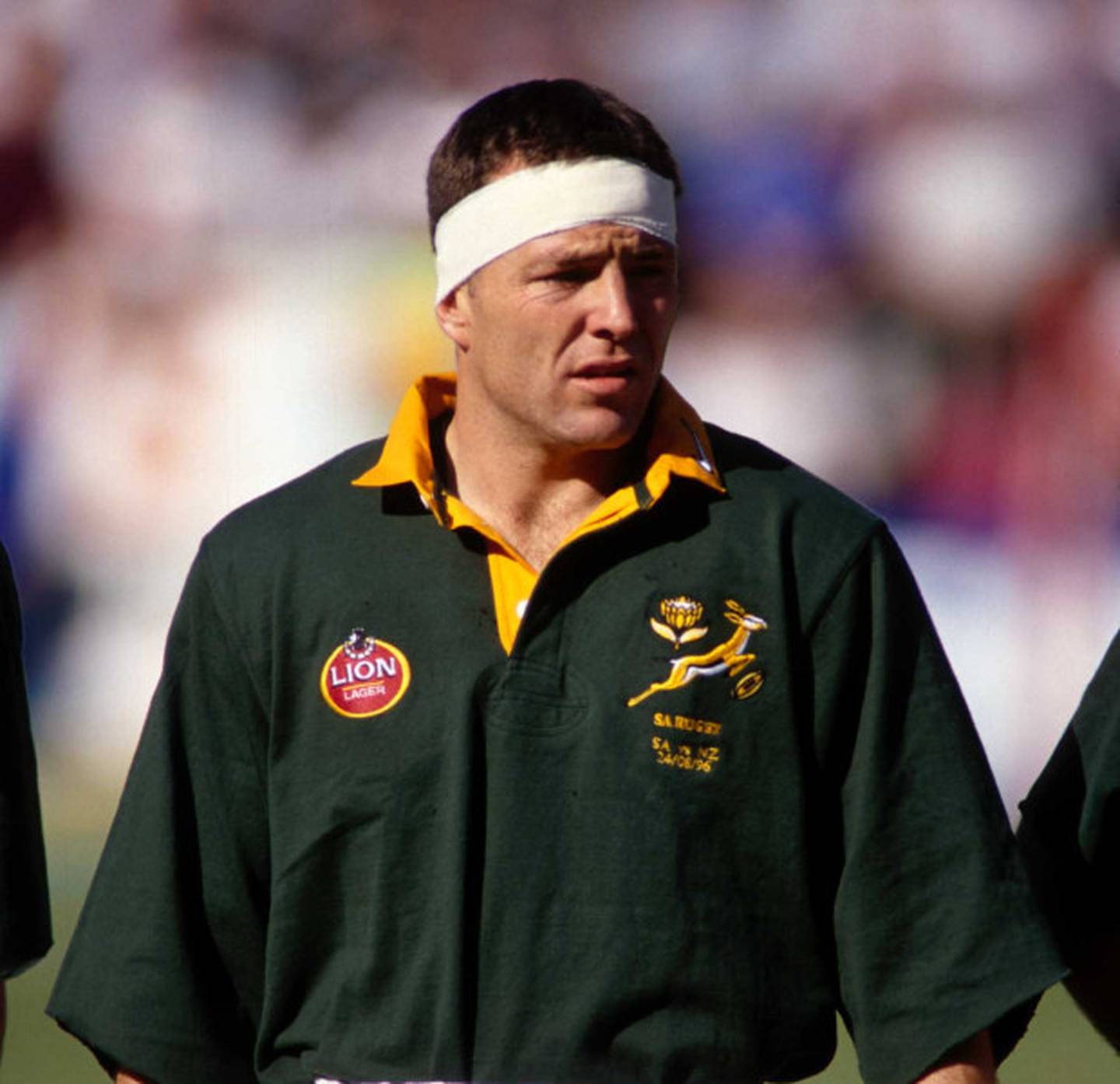 Joel Stransky during a test match against the All Blacks in 1996. Photo / Photosport

"I think there is a chance, because right now there's nothing to lose, there's everything to win. There's reputation at stake, we're no longer the number-one ranked in the world but we're still Rugby World Cup champions," he told D'Arcy Waldegrave on Newstalk ZB on Friday.

"We surprised England in that World Cup final by playing a bit differently to the way we played in the semis and the quarters and I'm hopeful that that's what we'll see this week.

"Let's free up some of those skills and those talents out wide. There's loads of pace out there, there's loads of exciting players and let's let them have a go." 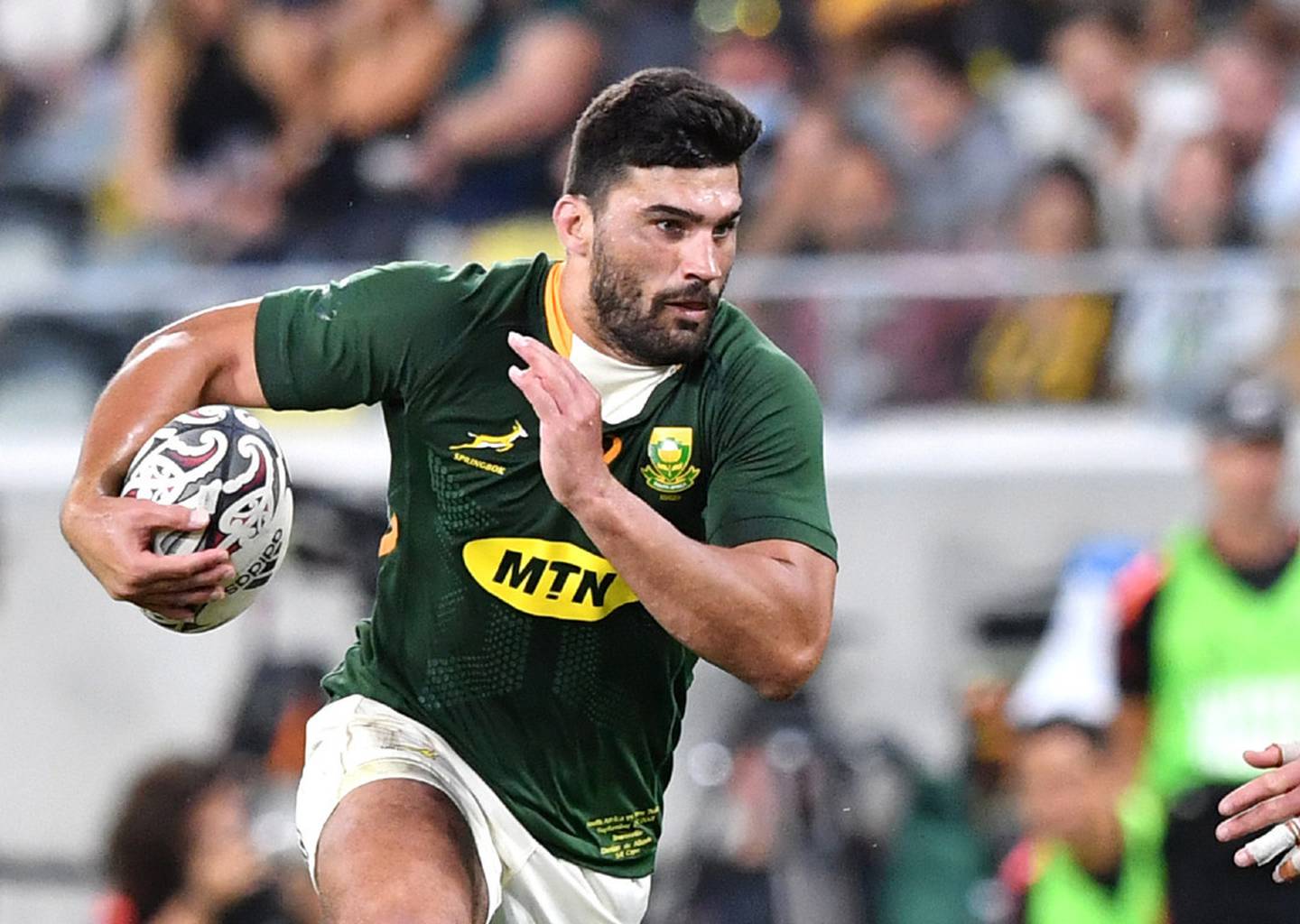 The sight of Damian de Allende passing the ball for the Springboks has been a rare one. Photo / Photosport

One player whose attacking capabilities have been clearly muted by team tactics is Damian de Allende who Waldegrave believes is on the decline. Stransky disagrees.

"You've got him at 12, you've got Lukhanyo Am at 13 who runs great lines - wants to play, wants to attack, also a skilful passer, great reader of the game - he's become more renowned as a rush defender and captain of the defensive effort than an attacking player.

"Then there's great pace out wide and Willie le Roux... when there's a bit of space for him to run into, he too is a great attacking back. So whatever you say about de Allende, you can probably say about the whole back line."

While it remains to be seen just how the Springboks will approach the All Blacks rematch, they are surely wary of how successful a change of tactics against the Wallabies was just two weeks ago.

On that occasion, an attempt to play more attacking rugby led to a convincing 30-17 defeat.

"Maybe against Australia in the second game, we stepped away from our strengths but that is the main focus for this week, just to make sure that we get better at how we want to play the game," Springboks assistant coach Mzwandile Stick said after that defeat.