And it just had be via a penalty shootout.

Italy won the European Championship for the second time by beating England 3-2 on penalties on Sunday. The match finished 1-1 after extra time.

Gianluigi Donnarumma dived to his left and saved the decisive spot kick by Bukayo Saka, England's third straight failure from the penalty spot in the shooutout in front of its own fans at Wembley Stadium.

It was less than four years ago that the Italians plunged to the lowest moment of its soccer history by failing to qualify for the World Cup for the first time in six decades. Now, they are the best team in Europe and on a national-record 34-match unbeaten run under Roberto Mancini, their suave coach. 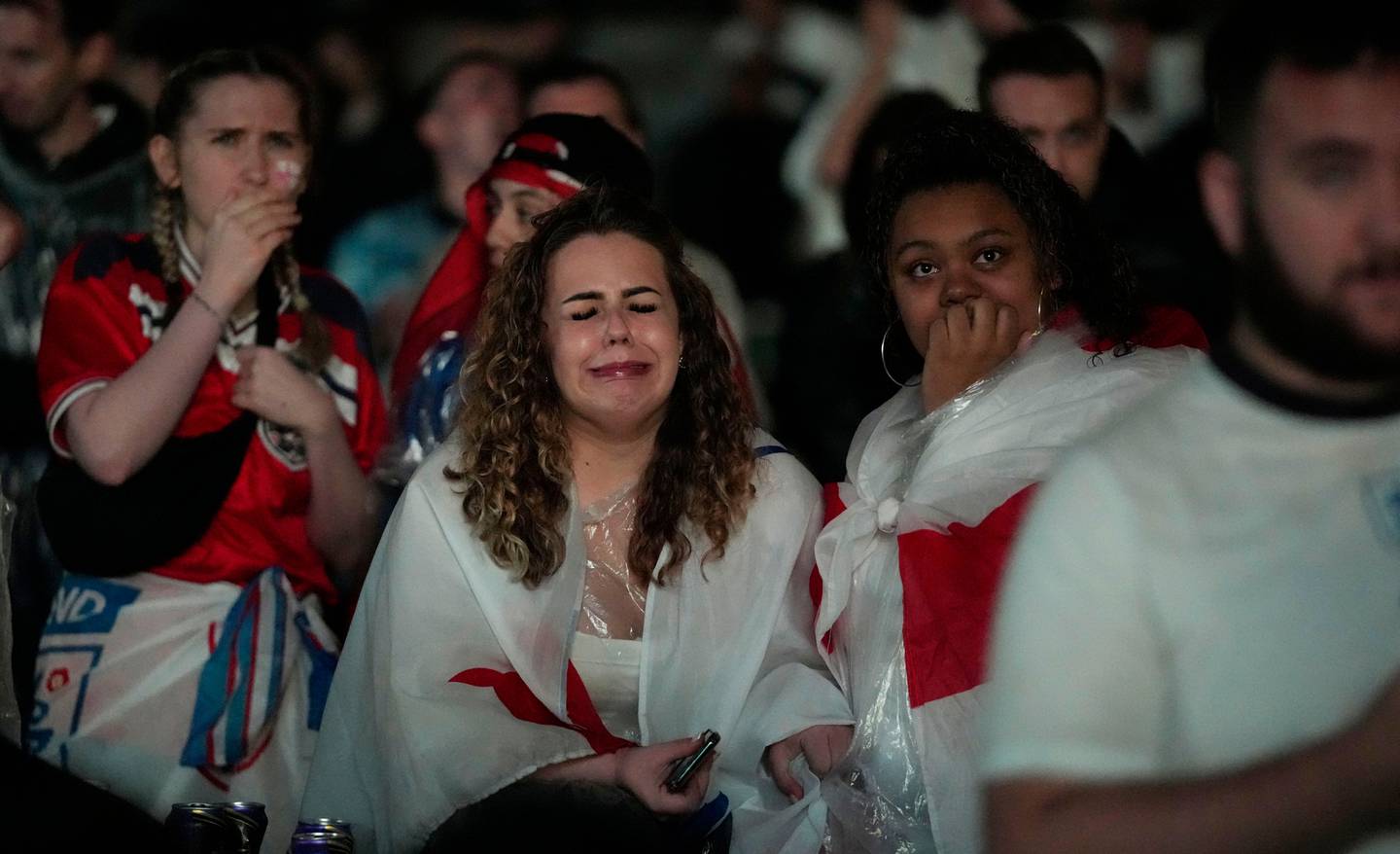 England went ahead in the second minute when Luke Shaw scored the fastest goal in a European Championship final. Leonardo Bonucci equalized in the 67th.

Saka, a 19-year-old Londoner, was embraced by several England players after his miss. England coach Gareth Southgate hugged Jadon Sancho, who missed the previous England penalty, while Marcus Rashford — the other one to miss — walked off down the tunnel.

Sancho and Rashford had been brought on in the final minute of extra time, seemingly as specialist penalty takers.

Donnarumma was in tears as he was embraced by his teammates as they sprinted toward him from the halfway line, where they watched the second penalty shootout in a European Championship final.

They then headed to the other end of the field and ran as one, diving to the ground in front of their own fans. 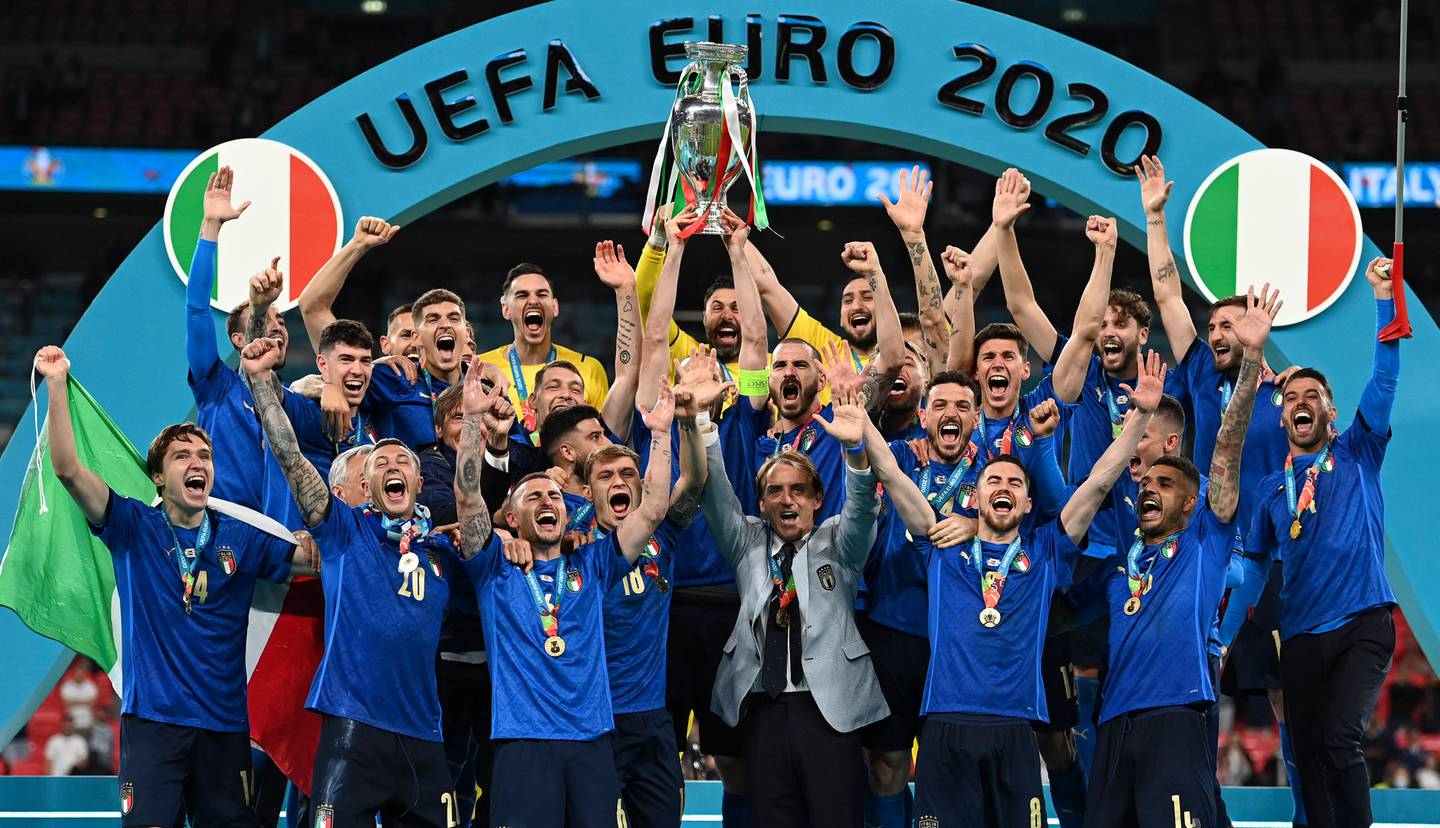 Italy's team celebrates with the trophy on the podium after winning the Euro 2020 final. Photo / AP

It was Italy's second continental title after 1968, to add to the country's four World Cups.

That the match went to extra time — like three of the six European finals before it — was not unexpected, given both semifinals also went the distance and the defensive solidity of both the teams.

In fact, Italy’s famously robust defense was only really opened up once in the entire 90 minutes and that resulted in Shaw’s goal, a half-volley that went in off the near post from Kieran Trippier’s cross.

It was Shaw’s first goal for England and it prompted a fist-pump between David Beckham and Tom Cruise in the VIP box amid an explosion of joy around Wembley.

The fact that it was set up by Trippier, a full back recalled to the team as part of a change of system to a 3-4-3 for the final, would have brought extra satisfaction to Southgate.

Then, England barely saw the ball for the rest of the game. 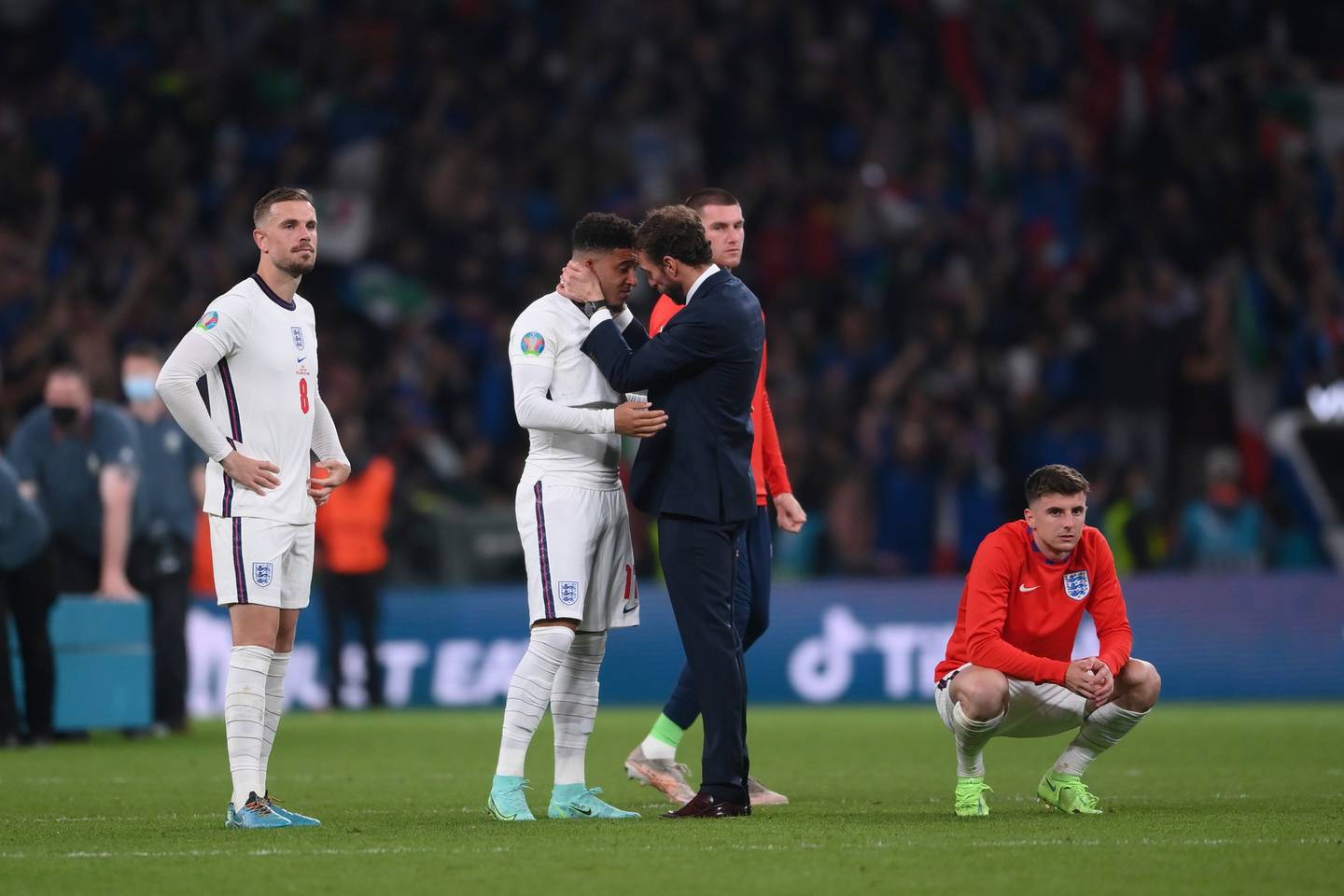 English players react during the penalty shootout of the Euro 2020 final against Italy at Wembley. Photo / AP

Italy’s midfielders dominated possession, started playing their pretty passing routines and England resorted to getting nine or even all 10 outfield players behind the ball. It was reminiscent of the 2018 World Cup semifinals, when England also scored early against Croatia then spent most of the game chasing its opponent’s midfield.

Initially, the Italians could only muster long-range efforts but the equalizer arrived from much closer in.

A right-wing corner was flicked on at the near post, Marco Verratti had a stooping header tipped onto the post by Pickford, and Bonucci put the ball in from close range.

Still, England managed to hold on for extra time and actually had the better of the final stages.

Just not the shootout, again.