Incoming Australia head coach Dave Rennie has started his new job on the right foot after reportedly taking a voluntary 30 per cent pay cut, a sacrifice valued at around $NZ80,000 over three months.

His salary reduction came just days after Rugby Australia had initially ruled out asking the New Zealander to take one.

With the current global Covid-19 crisis having a devastating effect, pay cuts have been the order of the day at rugby union administrations across the world. It's something which players in Australia have already faced, but it was believed that the now-former Glasgow Warriors coach's new salary was not going to be affected ahead of his arrival in July.

However, his generous offer to take a voluntary cut has ingratiated him with the Australian public. Positions of power in Australian rugby have been nothing short of a poisoned chalice in recent years, so this is a very positive start for the Kiwi.

The nature of Raelene Castle's recent dismissal as CEO of Rugby Australia this year has already left a bitter taste in the mouth of some, but that was by no means an isolated incident following years of unrest surrounding Michael Cheika's position as head coach and other off-field incidents that marred the reputation of Australian rugby.

The final years of Cheika's tenure in charge of the Wallabies were not particularly successful, and support for him increasingly dwindled as the performances deteriorated before he resigned after the Wallabies' quarter-final loss to England at the recent World Cup. 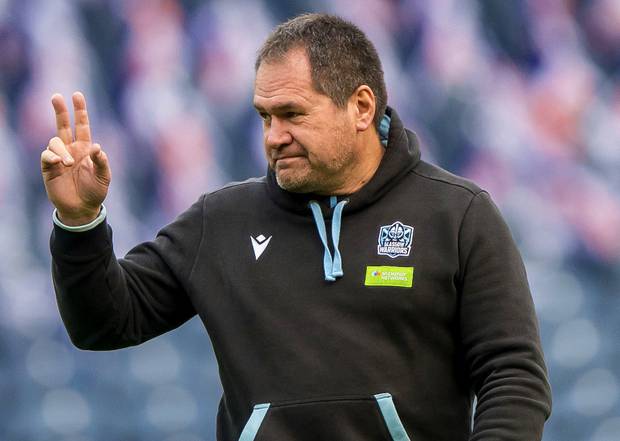 Dave Rennie has made one hell of a PR move ahead of taking the reigns of the Wallabies side. (Photo / Photosport)

Rennie will be all too aware of the stark situation upon his arrival in Australia, but he has the pedigree to thrive at the helm of the national team given his past success in Super Rugby with the Chiefs where he won two titles.

While the current pandemic means it could still be a while before he can prove his worth with the performances of his new team on the pitch, his recent action regarding his salary has proven to be a hit.

BREAKING: It is understood incoming Wallabies coach Dave Rennie has volunteered to take a 30 per cent pay cut when he arrives in Australia in a matter of weeks.

This is a classy, unselfish, move if true. https://t.co/qjacIPWyOM

New @wallabies coach Dave Rennie has put his hand up to take a 30 per cent pay cut when he begins in the role next month.https://t.co/Co6Ntnsnk9

New @wallabies coach Dave Rennie has put his hand up to take a 30 per cent pay cut when he begins in the role next month.https://t.co/Co6Ntnsnk9