Ian Foster has signed a two-year contract extension as All Blacks head coach through to the 2023 World Cup, the Herald can reveal.

After much conjecture, the Herald understands New Zealand Rugby has moved to give Foster and his management team security as they prepare to lead the All Blacks for 14 weeks away from home.

The longer Foster's contract situation dragged on this year, the more it had the potential to be a major distraction for the All Blacks.

Leaving a decision until after the All Blacks played the world champion Springboks, or even later this year, heaped additional pressure on the team and, in the event of a change, could have had significant ramifications on New Zealand's Super Rugby teams.

Successive victories at fortress Eden Park over the Wallabies earlier this month – the last the 57-22 rout to lock away the Bledisloe Cup for a 19th straight year - has been enough to convince New Zealand Rugby to re-sign Foster before the All Blacks depart for Australia this week.

In uncertain times, Foster now has certainty about his position after a tense standoff with the NZ Rugby board. 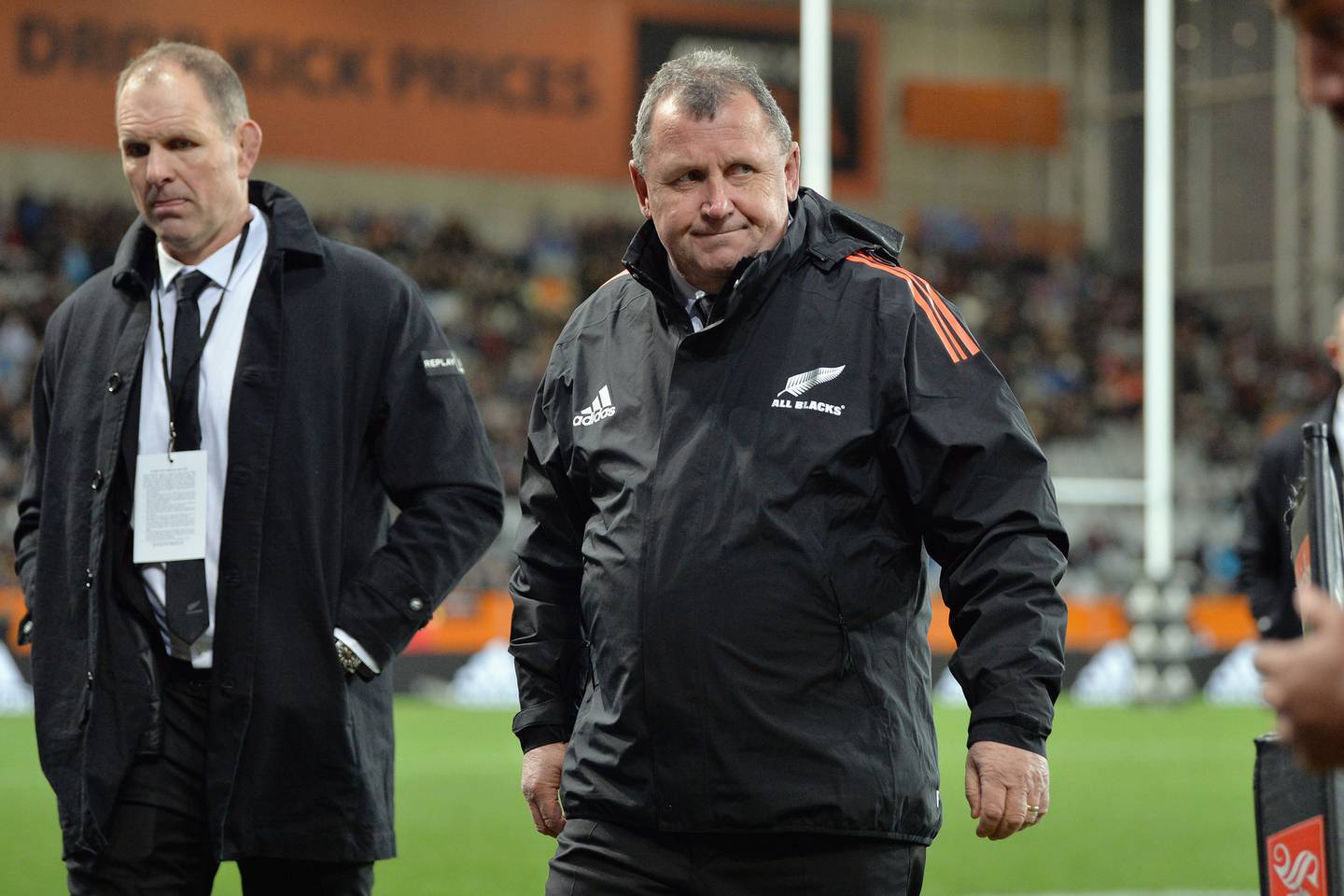 All Blacks Head Coach Ian Foster looks on prior to the International Test Match between the New Zealand All Blacks and Fiji. Photo / Getty Images.

As All Blacks head coach Foster has presided over a 73 per cent winning record - eight wins, two losses and one draw - in a condensed and challenging Covid-19 climate.

Last year the All Blacks played six tests, winning three. This year they won all five home tests against Tonga, Fiji and the Wallabies.

Foster's re-signing leaves Robertson waiting in the wings for at least the next two years after he recently signed a three-year extension with the Crusaders that comes with a clause enabling him to take the All Blacks job, should it become available.

After delaying their departure last weekend until the Rugby Championship destination was sorted, the All Blacks are expected to leave New Zealand this Friday and fly to Perth for the third, rescheduled Bledisloe Cup test on September 3 or 4.

The All Blacks will then travel to Queensland for the remainder of the Rugby Championship, which includes two tests each against the Pumas and Springboks.

Unable to return to New Zealand until mid-November due to MIQ availability, the All Blacks will depart Australia to Washington DC for the first stop on their five-match end of year tour that also features tests in Cardiff, Paris, Dublin and Rome.