John Madden, the Hall of Fame coach turned broadcaster whose exuberant calls combined with simple explanations provided a weekly soundtrack to NFL games for three decades, died on Tuesday morning, the league said. He was 85.

The NFL said he died unexpectedly and did not detail a cause.

Madden gained fame in a decade-long stint as the coach of the renegade Oakland Raiders, making it to seven AFC title games and winning the Super Bowl following the 1976 season. He compiled a 103–32–7 regular-season record, and his .759 winning percentage is the best among NFL coaches with more than 100 games.

But it was his work after prematurely retiring as coach at age 42 that made Madden truly a household name. He educated a football nation with his use of the telestrator on broadcasts; entertained millions with his interjections of "Boom!" and "Doink!" throughout games; was an omnipresent pitchman selling restaurants, hardware stores and beer; became the face of "Madden NFL Football," one of the most successful sports video games of all-time; and was a best-selling author. 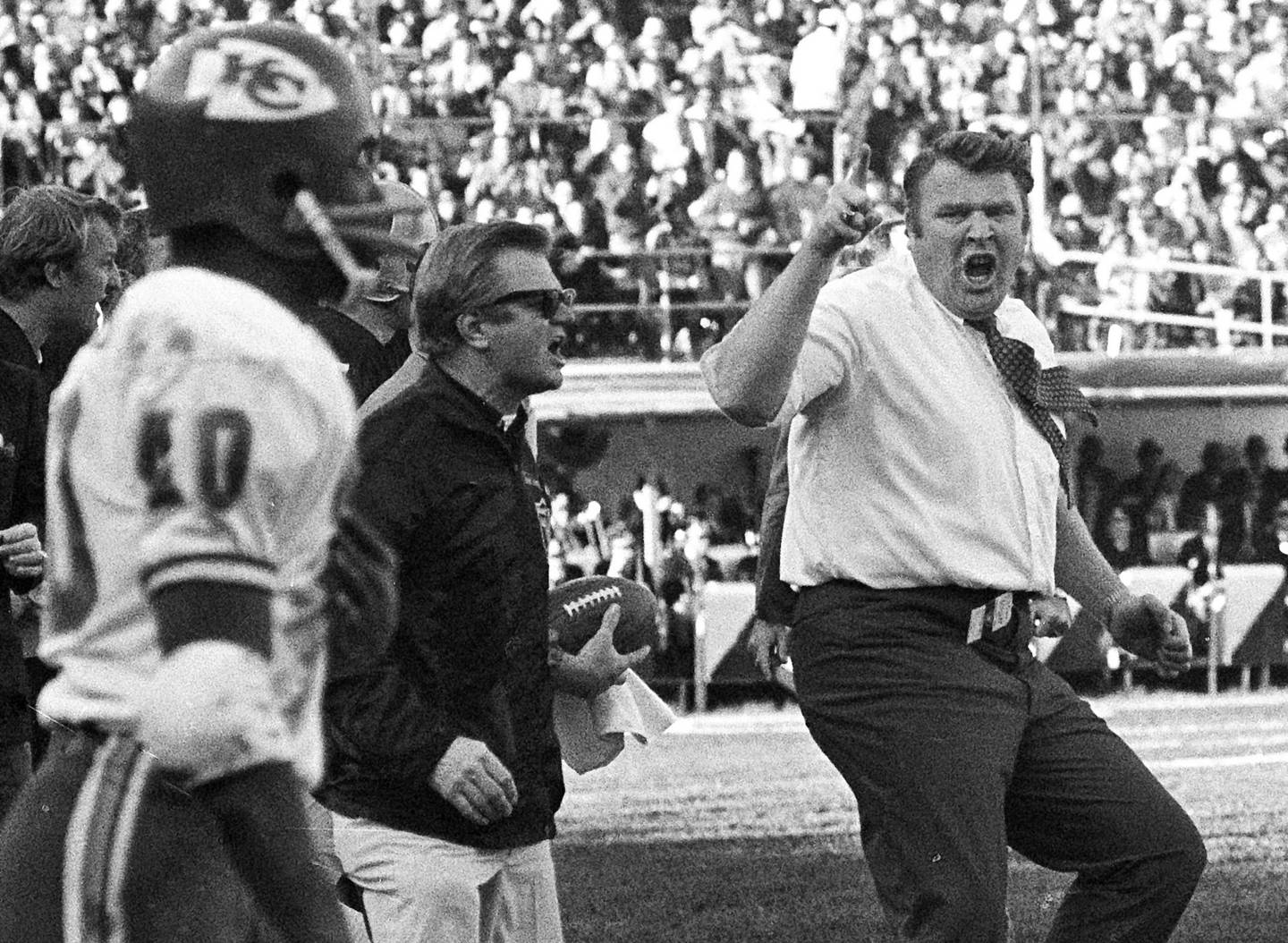 John Madden while coaching Oakland Raiders waves his finger and shouts in protest at a referee's call during the team's NFL football game against the Kansas City Chiefs. Photo / AP

Most of all, he was the preeminent television sports analyst for most of his three decades calling games, winning an unprecedented 16 Emmy Awards for outstanding sports analyst/personality, and covering 11 Super Bowls for four networks from 1979 to 2009.

"People always ask, are you a coach or a broadcaster or a video game guy?" he said when was elected to the Pro Football Hall of Fame. "I'm a coach, always been a coach."

He started his broadcasting career at CBS after leaving coaching in great part because of his fear of flying. He and Pat Summerall became the network's top announcing duo. Madden then helped give Fox credibility as a major network when he moved there in 1994, and went on to call prime-time games at ABC and NBC before retiring following Pittsburgh's thrilling 27–23 win over Arizona in the 2009 Super Bowl.

"I am not aware of anyone who has made a more meaningful impact on the National Football League than John Madden, and I know of no one who loved the game more," Dallas Cowboys owner Jerry Jones said in a statement.

Burly and a little unkempt, Madden earned a place in America's heart with a likable, unpretentious style that was refreshing in a sports world of spiralling salaries and prima donna stars. He rode from game to game in his own bus because he suffered from claustrophobia and had stopped flying. For a time, Madden gave out a "turducken" – a chicken stuffed inside a duck stuffed inside a turkey – to the outstanding player in the Thanksgiving game that he called.

"Nobody loved football more than Coach. He was football," NFL Commissioner Roger Goodell said in a statement. "He was an incredible sounding board to me and so many others. There will never be another John Madden, and we will forever be indebted to him for all he did to make football and the NFL what it is today."

When he finally retired from the broadcast booth, leaving NBC's "Sunday Night Football", colleagues universally praised Madden's passion for the sport, his preparation, and his ability to explain an often-complicated game in down-to-earth terms.

"No one has made the sport more interesting, more relevant and more enjoyable to watch and listen to than John," play-by-play announcer Al Michaels said at the time.

For anyone who heard Madden exclaim "Boom!" while breaking down a play, his love of the game was obvious.

"For me, TV is really an extension of coaching," Madden wrote in "Hey, Wait a Minute! (I Wrote a Book!)."

"My knowledge of football has come from coaching. And on TV, all I'm trying to do is pass on some of that knowledge to viewers." 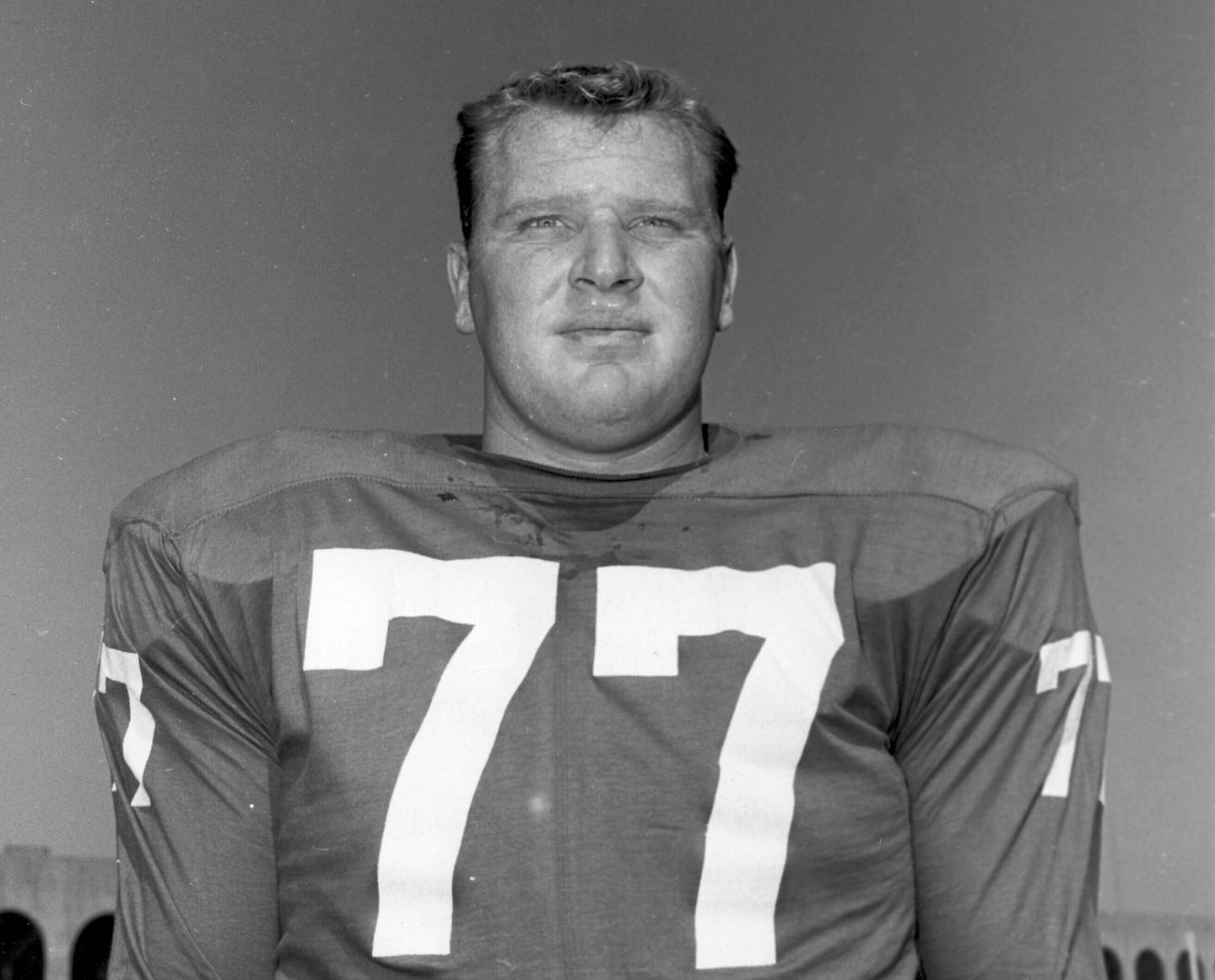 Madden was raised in Daly City, California. He played on both the offensive and defensive lines for Cal Poly in 1957–58 and earned his bachelor's and master's degrees from the school.

Madden was chosen to the all-conference team and was drafted by the Philadelphia Eagles, but a knee injury ended his hopes of a pro playing career. Instead, Madden got into coaching, first at Hancock Junior College and then as defensive coordinator at San Diego State.

Al Davis brought him to the Raiders as a linebackers coach in 1967, and Oakland went to the Super Bowl in his first year in the pros. He replaced John Rauch as head coach after the 1968 season at age 32, beginning a remarkable 10-year run.

With his demonstrative demeanour on the sideline and dishevelled look, Madden was the ideal coach for the collection of castoffs and misfits that made up those Raiders teams.

"Sometimes guys were disciplinarians in things that didn't make any difference. I was a disciplinarian in jumping offsides; I hated that," Madden once said. "Being in bad position and missing tackles, those things. I wasn't, 'Your hair has to be combed.'"

"I always thought his strong suit was his style of coaching," quarterback Ken Stabler once said. "John just had a great knack for letting us be what we wanted to be, on the field and off the field. ... How do you repay him for being that way? You win for him."

And boy, did they ever. Many years, the only problem was the playoffs.

Madden went 12–1–1 in his first season, losing the AFL title game 17–7 to Kansas City. That pattern repeated itself during his tenure; the Raiders won the division title in seven of his first eight seasons, but went 1–6 in conference title games during that span.

Still, Madden's Raiders played in some of the sport's most memorable games of the 1970s, games that helped change rules in the NFL. There was the "Holy Roller" in 1978, when Stabler purposely fumbled forward before being sacked on the final play. The ball rolled and was batted to the end zone before Dave Casper recovered it for the winning touchdown against San Diego.

The most famous of those games went against the Raiders in the 1972 playoffs at Pittsburgh. With the Raiders leading 7–6 and 22 seconds left, the Steelers had a fourth-and-10 from their 40. Terry Bradshaw's desperation pass deflected off either Oakland's Jack Tatum or Pittsburgh's Frenchy Fuqua to Franco Harris, who caught it at his shoe tops and ran in for a TD.

In those days, a pass that bounced off an offensive player directly to a teammate was illegal, and the debate continues to this day over which player it hit. The catch, of course, was dubbed the "Immaculate Reception."

The Raiders went 13–1, losing only a blowout at New England in Week 4. They paid the Patriots back with a 24–21 win in their first playoff game and got over the AFC title game hump with a 24–7 win over the hated Steelers, who were crippled by injuries.

Oakland won it all with a 32–14 Super Bowl romp against Minnesota.

"Players loved playing for him," Shell said. "He made it fun for us in camp and fun for us in the regular season. All he asked is that we be on time and play like hell when it was time to play."

Madden battled an ulcer the following season, when the Raiders once again lost in the AFC title game. He retired from coaching at age 42 after a 9–7 season in 1978.