Sport and Finance Minister Grant Robertson has delivered a cutting burn to Australia's national rugby team by recounting a jibe about the coronavirus pandemic helping the Wallabies achieve an unbeaten season.

Robertson and Director-General of Health Dr Ashley Bloomfield appeared on Sky Sport's The Breakdown on Tuesday to discuss issues relating to the return of sport in New Zealand from next month.

The Wallabies were bundled out of last year's World Cup after losing their one-sided quarter-final to England, and they have not held the Bledisloe Cup since 2002.

After speaking about the potential to re-open the transtasman border, which would allow the All Blacks and Wallabies to face off this year, Robertson delivered the joke.

"One of the gags going around was that one of the best things about coronavirus was that the Wallabies would have an unbeaten season," Robertson told hosts Jeff Wilson and Mils Muliaina with a chuckle.

Under former Chiefs coach Dave Rennie, the Wallabies are expected to get the chance to break their 19-year wait to regain the coveted Bledisloe against Ian Foster's All Blacks in a three or four match series later this year.

Robertson confirmed hopes were high that a bubble would allow travel between New Zealand and Australia in the back half of 2020.

"There's a lot of goodwill to do it. Both countries have done really well compared to the rest of the world in terms of how we've got on top of the virus. [Prime Minister] Jacinda Ardern and Scott Morrison, the Australian Prime Minister, have been talking.

"Both of them recognise it's not going to happen right away. We've got to be really comfortable we're on top of the virus and the last thing either of us would want to be responsible for would be reintroducing it to the other country.

"I've heard Scott Morrison mention from July onwards wouldn't it be great in the second half of the year if we were able to get a decent Bledisloe Cup going.

"I know the cricketers have been talking about getting themselves over there as well. That's what we're working towards."

With the women's World Cup being held in New Zealand next year, Robertson reiterated the importance of ensuring the female domestic competition is retained this season as fears grow it is under threat as NZ Rugby cuts half its staff and contemplates a 70 per cent drop in revenue.

"One of the things I've been thinking about a lot in terms of rugby is the World Cup in 2021,"Robertson said. "We've got to win that – for a whole lot of reasons. In order to do that we need a Farah Palmer Cup, frankly, and we need our team to be as competitive as possible through 2020-2021.

"I know New Zealand Rugby had a whole load of plans around that they were working towards. I heard talk of a quasi-Super competition in 2021 to really build up. I hope we can get alongside them and work on that.

"Equally New Zealand Rugby knows they have their own responsibility there." 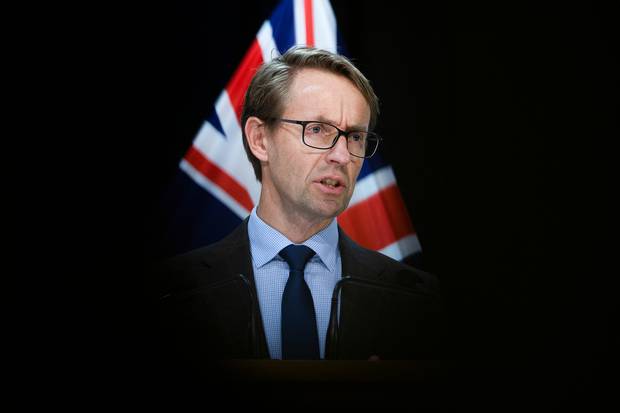 Director-General of Health Dr Ashley Bloomfield speaks to media during a press conference at Parliament on Tuesday. (Photo / Getty)

Earlier Bloomfield, who came through the Tawa rugby ranks and was vice-captain of the Scots College first XV, likened New Zealand's coronavirus response to a Rugby World Cup campaign.

"Right at the start one of the analogies I was using with my team is this is like a Rugby World Cup," Bloomfield said. "You've got to see who is the team you're playing against in that very first pool match and go in with a game plan but then you've also got to adapt if things are not going very well.

"In a sense we've finished the first pool match and there are others to follow. The next team we will be playing will be a different team so we've got to adjust and be prepared to flex.

"The prize at the end you could argue is being in the final in the best shape when hopefully we've got good treatment or a vaccine here but we've got to keep our focus and keep physically and mentally fit right through the campaign and adjust as time goes by."