Everything seems to be coming together for Ryan Fox.

Fox has continued his recent run of form at the European Tour's British Masters, claiming a share of the lead after the first round.

A strong six-under 66 at the Belfry in England, thanks to seven birdies and just one bogey, was good enough to take a one-shot advantage into day two alongside Denmark's Thorbjorn Olesen.

It's the latest in a string of impressive performances for Fox, who has one win and two top-15 finishes in his last three outings on Tour.

"I'm really happy," Fox said after his round. "I hit it really solid. Bar one tee shot on the second which looked a little bit dicey, I hit a lot of wedge shots close and took advantage of a couple of the hard holes on 12 and 18 – I holed a couple of 40-footers, which is always nice to keep the round going. I did everything pretty well, which is nice … just a nice day."

He said "everything kind of clicked" on his return to the Tour after spending some time with family at home.

"I changed a lot of nappies," he joked when asked about his recent hot form. "I played a lot of social golf with my mates when I was back home. A little bit of fishing, fair bit of babysitting as you can imagine.

"I kept on top of it with my coach at home, Marcus, and had a little tournament at home as well, a little two-rounder back in Queenstown, which sort of took the place of the New Zealand Open (which was cancelled due to Covid-19). That kind of kept everything sharp-ish and then everything felt pretty good coming over here.

"I'm trying to think as little as possible, which is always a nice place to be. For me it's about getting into my shots – picking targets, picking the shape and flight I want to see, and trying to execute that and sort of not worry about where it goes.

"It's easier said than done most of the time but I guess winning earlier in the year also takes the pressure off and it's a little bit easier to let go as well. And I've done that really well the last couple of weeks."

Fox will be hoping his strong performances continue throughout the tournament in his bid to qualify for the PGA Championship later this month. The world number 110 is right on the cut line and a good finish this weekend could secure him a spot at the year's second major.

There was a four-way tie for sixth place at four under, two shots off the lead, featuring Rasmus Hojgaard, Justin Walters, Edoardo Molinari and Brandon Stone. 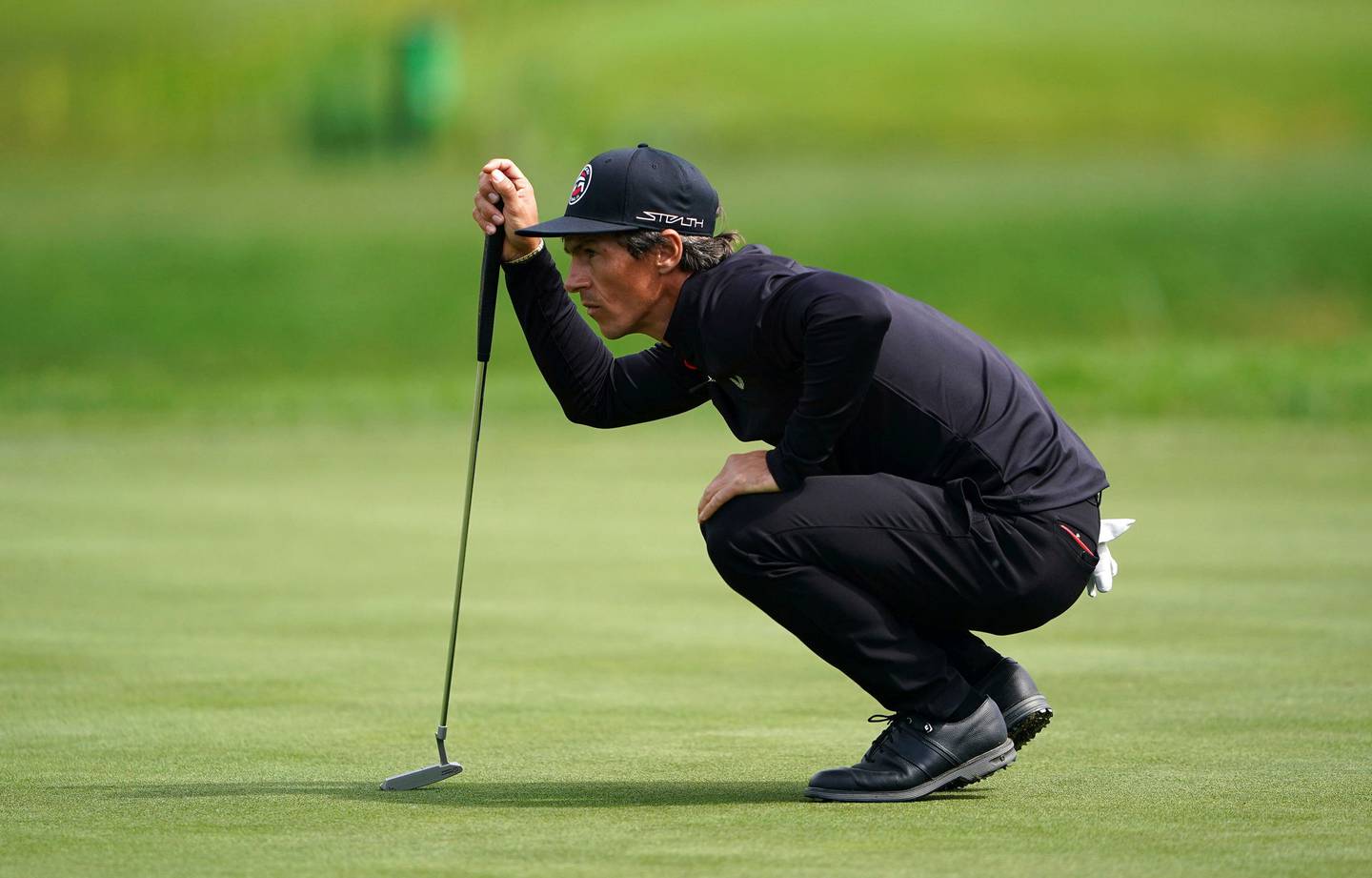 Olesen is looking to end a four-year title drought and get his career back on track after a damaging court case.

Olesen's last win was at the Italian Open in June 2018. He was suspended by the European tour the following year after being accused of sexually assaulting a woman and being intoxicated on a flight following a World Golf Championships event in Tennessee.

Olesen was acquitted by a court in December after saying he had no memory of his behavior because he had been drinking alcohol and taking sleeping tablets. The Danish player said the case had a "devastating impact" on his career, having plunged down the ranking from his position at No 62 at the time of the incidents.

Now ranked No 376, Olesen hasn't finished higher than a tie for 12th in any of his seven events on the European tour this year but made a strong start in this week's tournament at The Belfry — a course in central England that has hosted the Ryder Cup.

"You have to stay in the present, obviously, but it's been a while since I've been in the winner's circle and that's my main goal this year," Olesen said. "I've not been working hard enough for a few years to be at that level, so I know there is a lot of work to be done.

"There have been certain points where you are not sure if you can get back, so it comes down to confidence and belief and there have been a few hard days. But I feel I am on the right track now and starting to get a team back together that is helping me again — I think that is very important."