New Zealand golfer Ryan Fox has posted a steady opening round at the US PGA Championship that's left him near the top of the leaderboard after most of the field struggled on day one of golf's second major of 2022.

Fox qualified for the prestigious event after a rich vein of form saw him claim a top 10 finish at the British Masters and a second-place finish at the Soudal Open last weekend.

The Kiwi's opening six holes were some of his best of the round as he recorded two birdies and four pars to place him firmly amongst the early leaders.

However, consecutive bogeys on holes seven and eight dropped him back to even overall as he entered the back nine.

Another bogey on the 11th forced Fox to find some steadiness and he did so, with three straight pars that set him up to land birdies on 15, 16 to lift him inside the top 20 on the leaderboard.

However, Fox took three shots to find the hole from a favourable position on the 18th to finish his round with a bogey and an even-par round.

At the time of writing, Fox sits in a tie for 22nd overall, though around half of the field is yet to complete their rounds. Brooks Koepka, Jon Rahm, Collin Morikawa and World No 1 Scottie Scheffler are among the later starters just beginning their first round.

This is Fox's fourth PGA Championship after last playing in the 2019 tournament when he missed the cut. His best finish was tied for 27th in 2018 at Bellerive Golf Course. 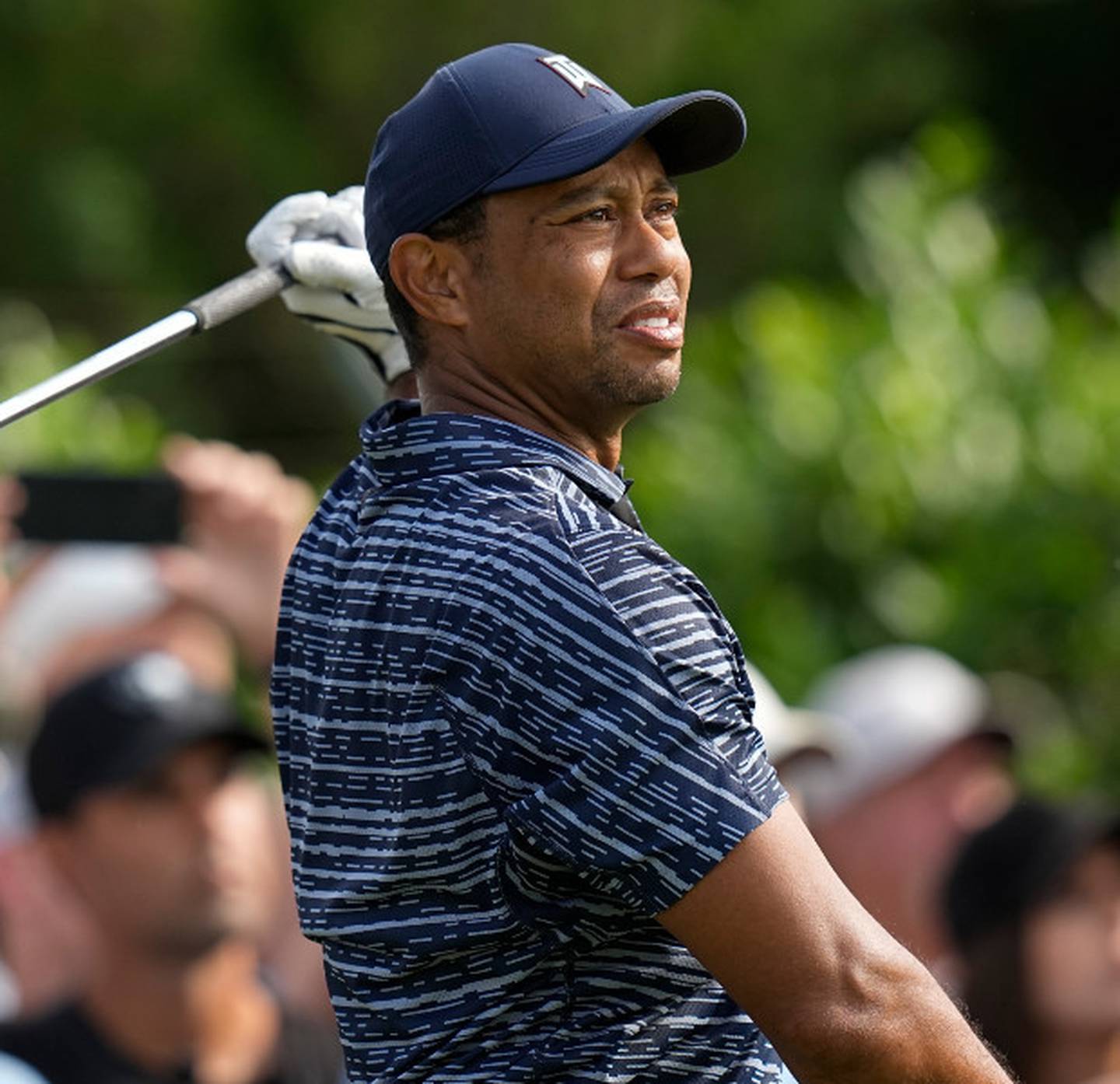 Tiger Woods struggled in his opening round on the Southern Hills course. Photo / AP

Meanwhile, Tiger Woods struggled in his opening round on the Southern Hills course and will need a big recovery round tomorrow.

He finished Friday four over, tied for 82nd when he walked off the course after closing his round with consecutive bogeys.

"My leg is not feeling as good as I'd like it to be. Loading on it hurt, pushing off on it hurts, walking hurts," said an ailing Woods following his round.

Woods is playing his second competitive tournament after a car crash 15 months ago that nearly led to his right leg being amputated.

Rory McIlroy produced his lowest opening round at a major championship for 11 years with a five-under 65.

McIlroy was in full control of his ball and looked confident on the greens, as he seeks to end an eight-year wait for a major.

"Great to get off to a good start in a major championship for a change and now try to keep it going," said McIlroy after the round.