Lydia Ko has surged up the leaderboard the Women's PGA Championship after an impressive second round.

After wet conditions for the first round made the course play longer than expected, it was a clear, warm day at the Congressional Country Club and Ko took immediate advantage to begin proceedings for the day.

After shooting just one hole under par on Friday, Ko reeled off five birdies in her opening nine holes before settling down into an even par back nine.

"It was that kind of a day where it started working. I found the back nine just a little bit tougher. Just my ball-striking was not as solid as the front nine, so that made it a little bit more challenging," Ko said following her round.

"To finish strong and make a good up and down on the last was definitely a nice way to finish today."

That finish left her sitting pretty in a tie for second place on the leaderboard with Jennifer Kupcho in the LPGA's third major of the year. However, both Ko and Kupcho have work to do to catch leader In Gee Chun.

Chun shot a 3-under 69 to increase her lead to six strokes after a record-equalling opening round on Friday. Ko says it will be hard to catch her in-form Korean rival.

"It is hard to win, but I'm just trying to put myself more in that kind of position, and I think when you keep knocking on the door, you hope that one day that door will open.

"This is my fourth week in a row, and I try not to play more than three, four weeks in a row, and this is the first of that four-week stretch for me this year.

"I know that sometimes when you are fatigued, you could lose focus and then hit some mistakes that you normally wouldn't if you were a bit more sharp... hopefully I cap off these next two days in a solid way and have a great three weeks off."

Ryan Fox moved up to second place overall at the BMW International Open in Munich after a strong round of 8-under 64.

Fox completed his bogey-free round after a three-hour interruption because of lightning.

He eagled the sixth and when he resumed on the 11th hole, he birdied that, before finishing his round with a sixth birdie. He was at 14 under overall. 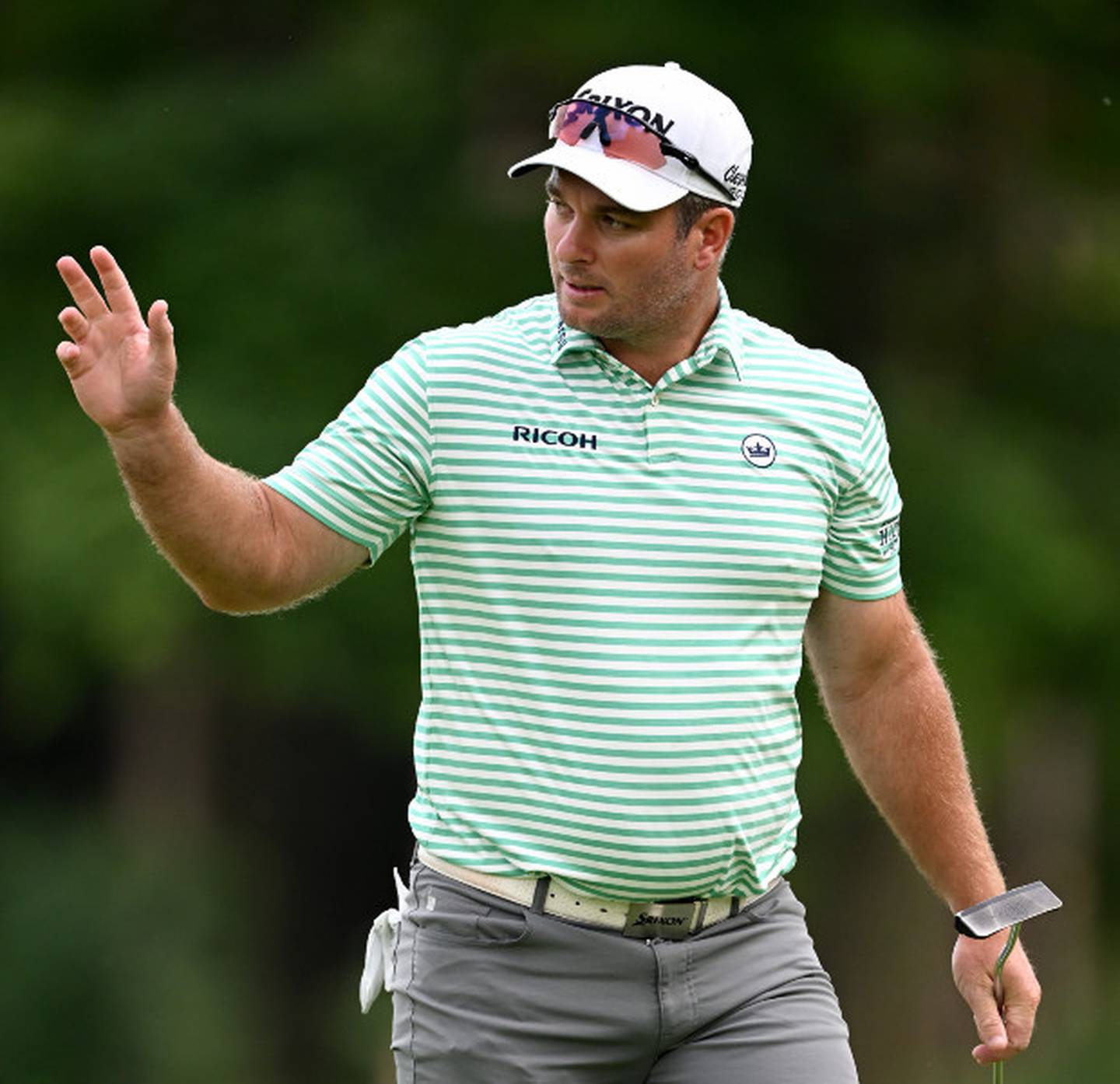 Ryan Fox acknowledges the crowd after landing one of his six birdies. Photo / Getty

Alker closes in on leaders

Steven Alker recovered from a rough opening round at the US Senior Open to move within touching distance of the leaders at the halfway stage of the tournament.

Alker, the top PGA Tour Champions player this year, landed six birdies in his second attempt of the Saucon Valley course; with a double-bogey on the 18th hole his only costly blemish as he moved into a tie for fourth on the leaderboard.

Ireland's Padraig Harrington leads the field three shots ahead of Alker after a bogey-free 65.

Harrington was at 6-under 136 going into a weekend that will not include Bernhard Langer for the first time since the German great was still in his 40s.

New Zealand's Michael Campbell missed the cut after recording a second-straight disappointing round - a three-over 74 left him at 11-over for the tournament.