The race was red flagged on the very first lap after Zhou Guanyu had a horrific crash on the opening corner.

The Alfa Romeo rookie was clipped by Mercedes' George Russell and his car flipped upside down, sliding off the track and across the gravel at full speed before landing on the catch fencing.

There were serious concerns for Zhou's welfare but he was eventually extracted from his car, put on a stretcher and assessed at the medical centre. 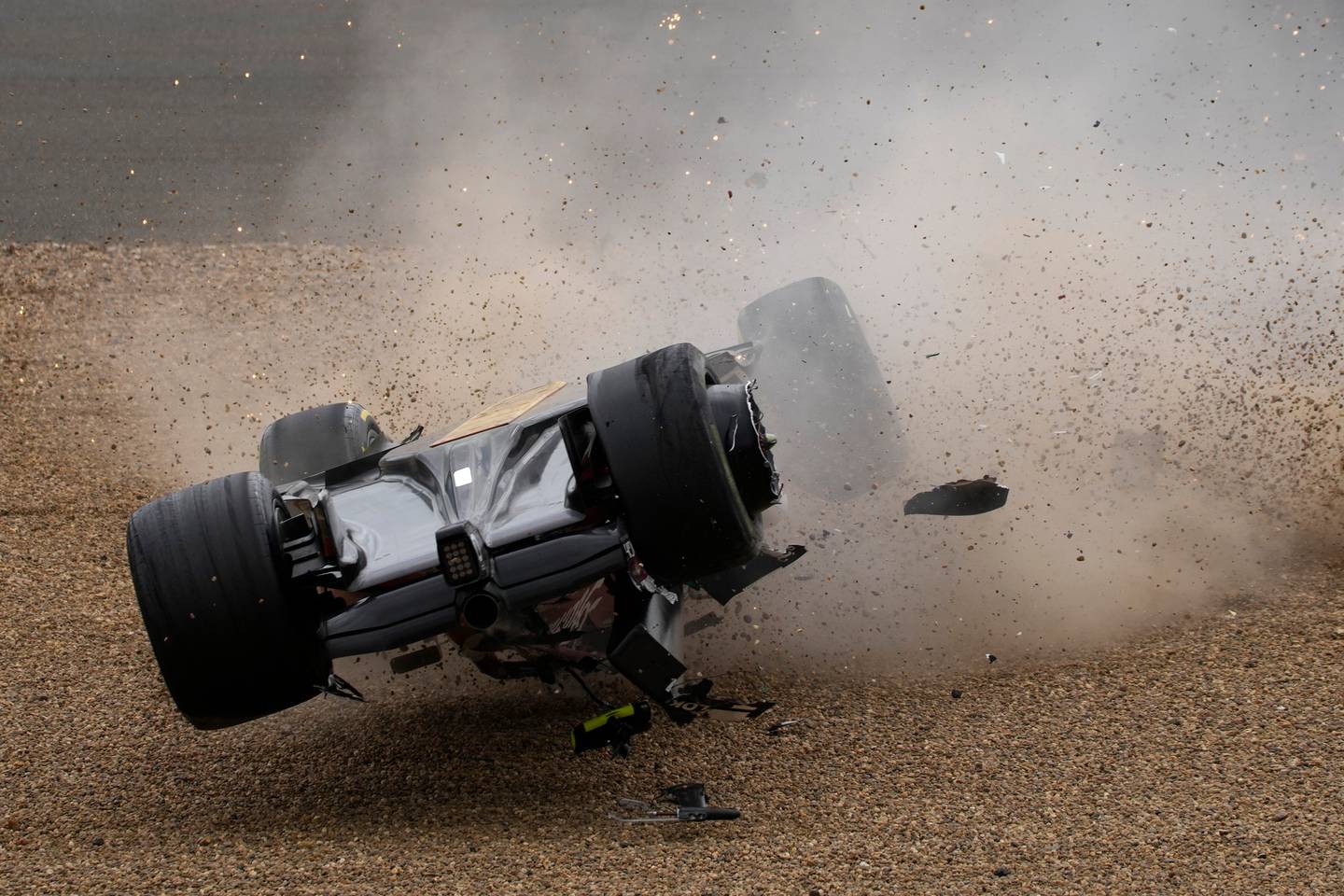 Alfa Romeo driver Guanyu Zhou of China crashes at the start of the British Formula One Grand Prix at the Silverstone circuit. Photo / AP Alfa Romeo driver Guanyu Zhou of China, centre, receives medical treatment after he was involved in a crash at the start of the British Formula One Grand Prix. Photo / AP Alfa Romeo driver Guanyu Zhou of China crashes at the start of the British Formula One Grand Prix at the Silverstone circuit. Photo / AP

Thankfully he was conscious and was later cleared of any major injuries and released from the medical centre.

The halo, the protective barrier that surrounds the driver's head area, prevented Zhou's helmet from scraping along the ground and likely saved his life.

I’m ok, all clear. Halo saved me today. Thanks everyone for your kind messages! pic.twitter.com/OylxoJC4M0

Once the race restarted, a battle emerged between Lewis Hamilton and the two Ferraris after Max Verstappen fell out of contention with a punctured tyre and other issues with his car.

It looked like Hamilton might be on track for victory but a slow pit stop, questionable tyre choice and the resurgent Ferraris ensured he finished third. 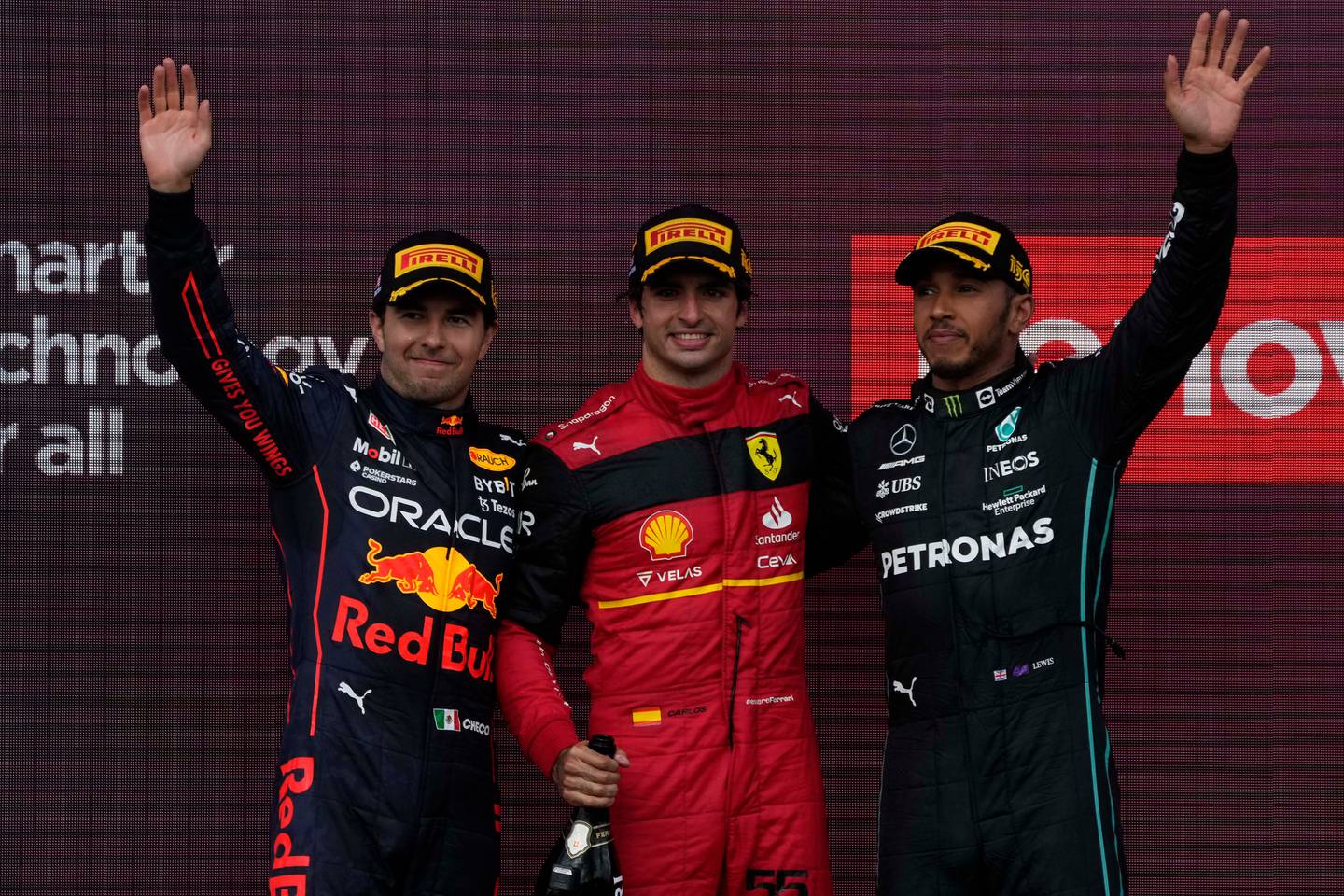 Sergio Perez was the major beneficiary of a late safety car, while Hamilton managed to pass Leclerc following an epic back-and-forth duel in the closing laps.

It is Hamilton's 11th podium at Silverstone, which is a record for the most podiums at a single event.

For Sainz, it was a milestone victory in the Spaniard's 150th Grand Prix.

Daniel Ricciardo started the race 14th but could only finish 13th in another forgettable outing for the Australian, who would have been closer to dead last if it wasn't for a slew of retirements.