Former All Black Zac Guildford has lost a months-long appeal to keep his name secret after punching a woman in the face so hard she still has breathing issues.

Guildford was lambasted by Judge Robert Spear in the Hamilton District Court in January after being sentenced on a charge of male assaults female after the drunken incident on December 20, 2019.

The 11-game All Black veteran had been pushing for suppression so it wouldn't affect a possible rugby contract in Western Australia - where rugby bosses were unaware of his latest incident. 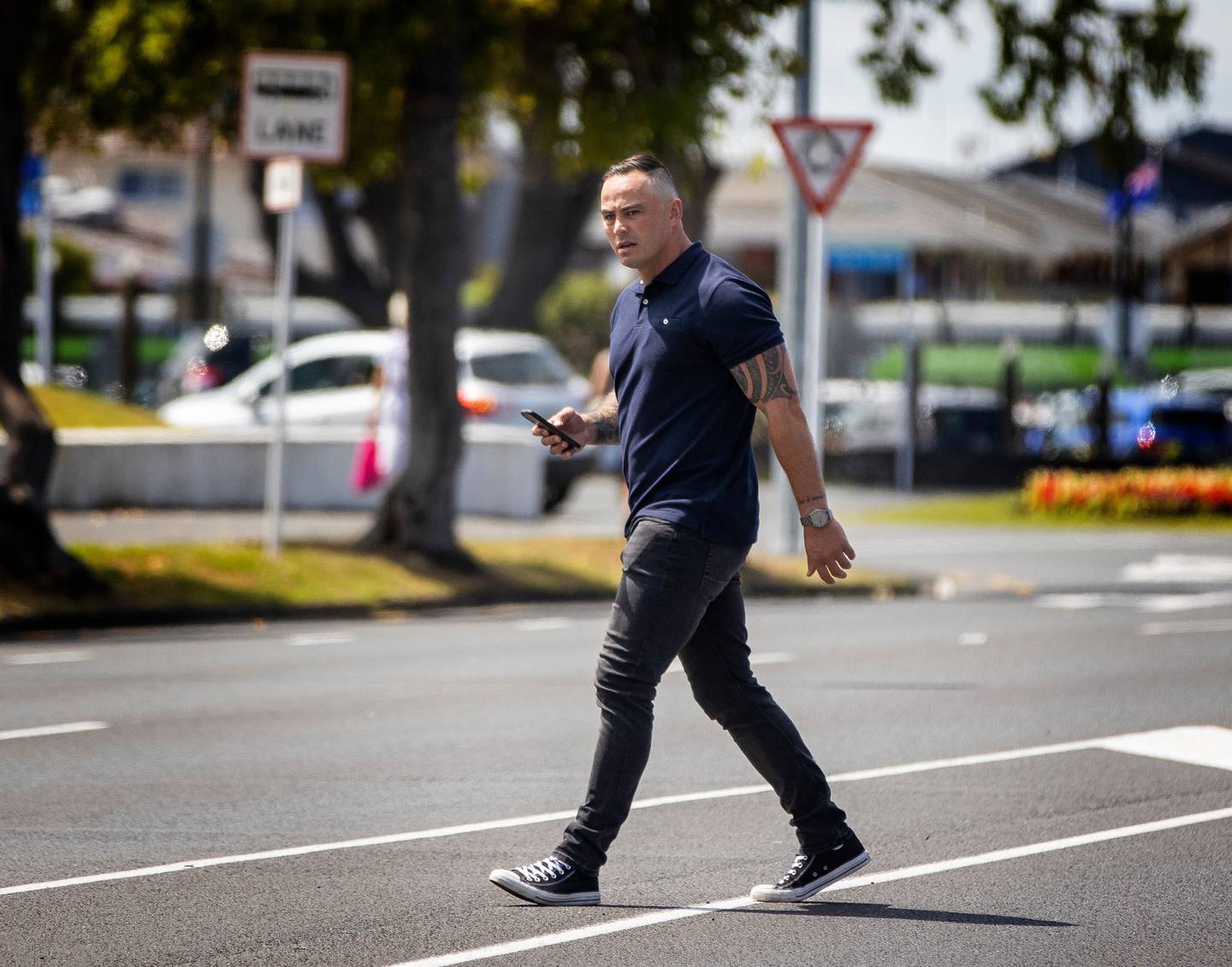 Zac Guildford walks to the Hamilton District Court in January this year to be sentenced on a charge of assaulting a female. He lost an appeal to keep his name secret. Photo / Mike Scott

He appealed to the High Court in February, but in a decision released last month Justice Paul Davison dismissed both appeals and gave him a 20 working day extension on suppression.

At his sentencing, he was given 2 years' intensive supervision which would be reviewed after 12 months.

The sentence also carries judicial monitoring which is where the sentencing judge is given reports of his progress every three months.

Guildford is no stranger to controversy and has been open about his struggles with drugs, alcohol and depression since his All Blacks debut in 2009.

In 2011, he hit the headlines after a drunken, naked attack on two holidaymakers in Rarotonga.

Dripping wet and bleeding from a gash to his forehead and wounds on his chest and knees, the then 22-year-old first punched one man in the bar who asked him if he needed help, then hit an Australian across the back of the head.

He has since appeared on a driving charge - speeding - and in 2019 was convicted of driving while suspended.

His latest incident stems from a night out drinking in a Taradale, Napier, bar with friends just before Christmas in 2019.

Dubbed "grossly intoxicated" by Judge Spear, the sportsman was offered a ride home by associates and jumped in the back seat of the car.

A woman in the front passenger seat turned to say something when, without any warning, he punched her in the face, which Judge Spear said was "a savage blow delivered to an unsuspecting woman" that left her bloodied and bruised.

The victim was due to fly to Mexico the following day with family but had to cancel her trip.

Thirteen months on, she still suffered from ongoing issues breathing through her nose, the judge said.

When questioned by police at the time, Guildford said he hadn't realised he had punched a woman.

"What that tells me," Judge Spear said at sentencing, "is that you were so grossly intoxicated that you didn't even [realise] who was in the car with you and that brings me to what I would consider to be one of the central factors in this case and that is your inability to control your drinking and control your behaviour when you have been drinking."

"Your criminal history in this country is virtually non-existent but anyone who follows the sporting news in this country couldn't have avoided hearing about your escapades overseas and the difficulties you have got into through your drinking."

The judge said it appeared Guildford had become angry at the victim mentioning a relative of his who had been undergoing detoxification for drug abuse and lashed out.

"That is an explanation not an excuse," Judge Spear said.

"This causes me considerable concern as to what you might be capable of if your drinking is not brought under control."

Judge Spear noted that once Guildford had sobered up he was "extremely apologetic and remorseful".

"The way that you present to people and interact with them when you're sober leaves a very favourable impression.

"It's when you are intoxicated that problems arise."

Guildford and the victim had a successful restorative justice conference in July 2020.

He paid her $3000 reparation and she had supported his name suppression bid.

Guildford has been living with his grandparents in Featherston and working as a mental health worker for Te Hauora Rūnanga o Wairarapa.

He has also attended several counselling sessions for his own rehabilitation with psychologist Sara Chatwin.

Guildford's lawyer Rob Quin said he had been offered a contract with a Perth rugby team in late 2018.

There was also "some potential" for it to lead to a contract with the Western Force Super Rugby team.

Quin said his client knew he had "somewhat of a troubled past" and was making attempts to better himself.

Although he had a limited criminal history none of it had involved violence against women.

"He's very embarrassed about the incident that occurred and has done his best to make amends for it and doing his best to stay out of trouble." 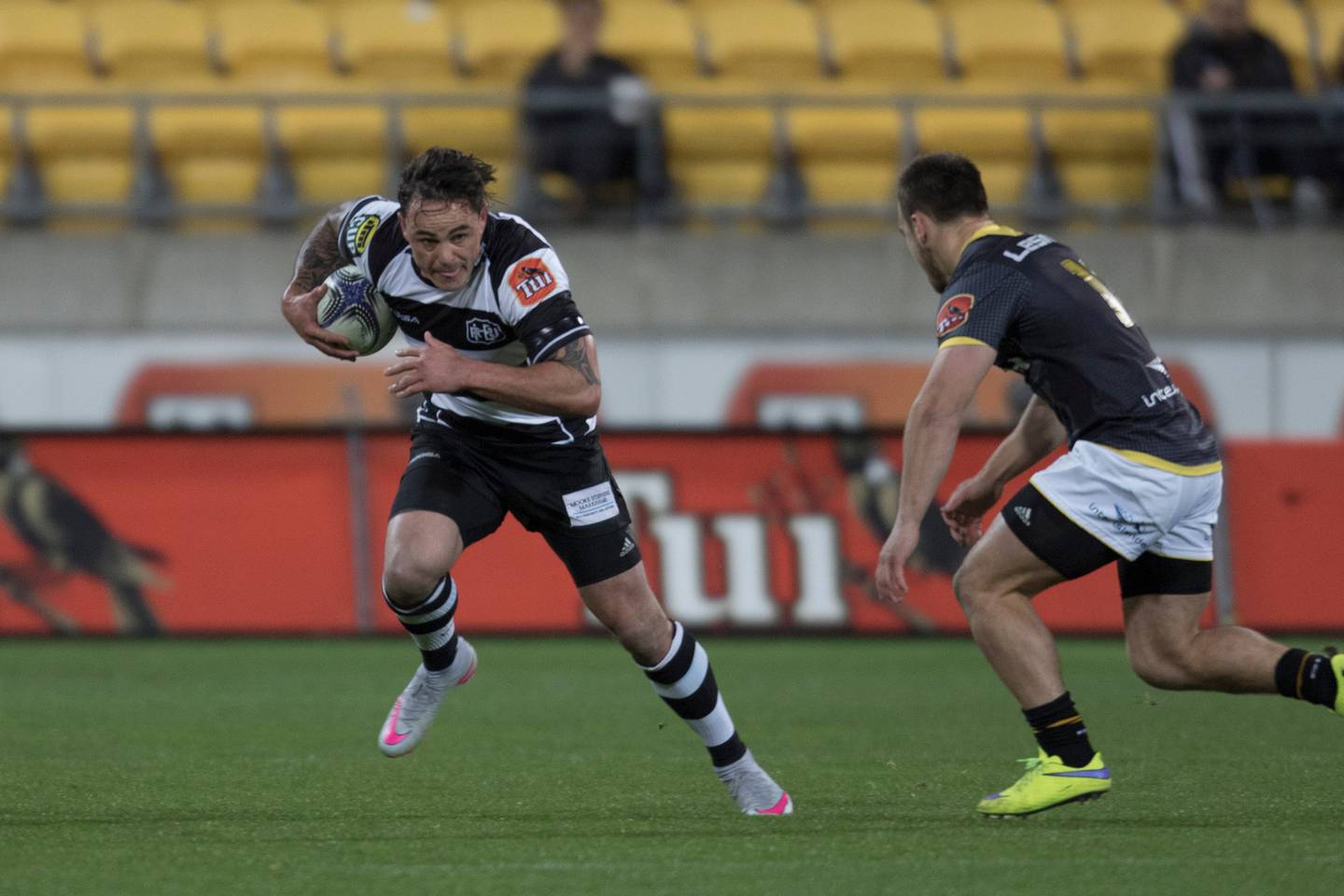 Zac Guildford in action against the Wellington Lions in 2015. Photo / Darren Taumata.

He said publication of Guildford's name would "effectively lead to public shaming" which wouldn't assist in his rehabilitation and would have an adverse effect on his mental health.

He cited that although the incident was fuelled by alcohol it was the first time of any violence towards a woman.

Police prosecutor Sergeant Andy Kennedy opposed the permanent name suppression application on the basis that his prospective employer was not aware of the new offending.

Kennedy said he had seen the new "contract" and it appeared that it was neither a contract nor an offer.

"So I imagine it is a prequel to those but police accept a contract may flow from it."

'NO GOOD REASON FOR SUPPRESSION'

In denying name suppression, Judge Spear said he "could see no good reason" why it shouldn't be made public.

"It's important that people dealing with you do [know]."

At the appeal in High Court in February, Quin argued intensive supervision was "manifestly excessive" and although his client had a "colourful history", those sentences were reserved for defendants with "somewhat more complex needs and defendants who have difficulty with complying".

"Given what he had done between the offending and sentencing, [client] has served a sentence and supervision on its own would have been the least restrictive outcome.

"The intensive supervision runs for a significant period and will prevent [client] from travelling overseas."

He cited a recent Court of Appeal decision in which name suppression was given to a man due to concerns about "cancel or call out culture on the internet" and that his client's offending would garner higher public interest due to his sporting history.