A talent for the art of football isn't the only skill Football Fern Hannah Wilkinson has in her repertoire.

The New Zealand striker has painted a mural on the walls of Eden Park to commemorate the cricket, rugby and football women's World Cups that have and will be hosted there over the next two years.

Wilkinson says the World Cups are a chance for female athletes to perform on higher platforms.

"The biggest misconception about women's sport is that nobody watches it. Well, nobody has ever actually been able to watch it because we tend to prioritise TV broadcasts and the promotion of men's sports."

For the mural, Wilkinson combined elements of native birds, lofty maunga and beautiful koru that unfurls to produce a silver fern, symbolising the growth of our strong national female athletes.

"Our athletes and our national identifiers are connected by a kirituhi-style ribbon, being non-Māori myself," she said. "Elements of this design are inspired by Aotearoa New Zealand's unique kōwhaiwhai artform." 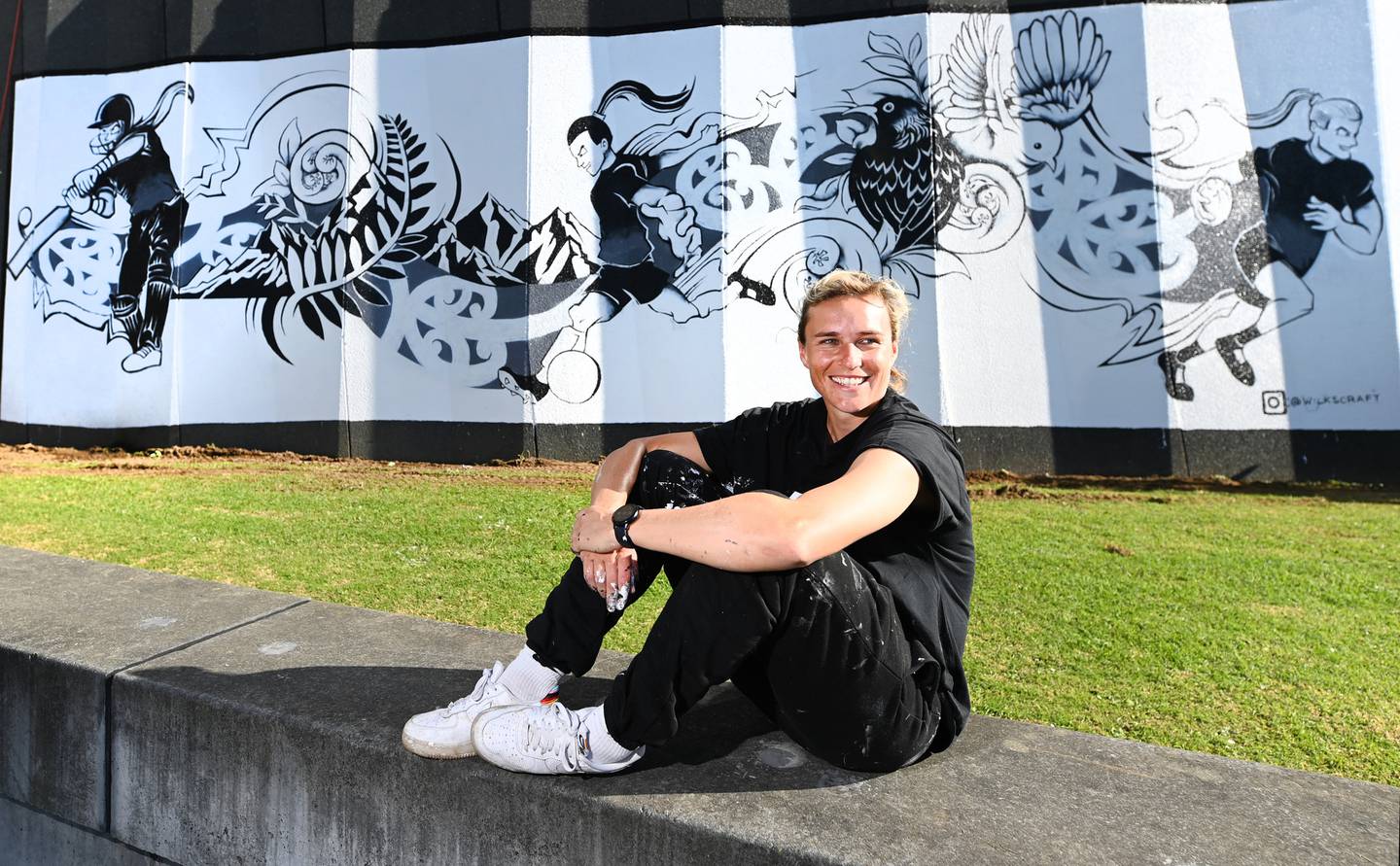 Hannah Wilkinson in front of the mural. Photo / Photosport

Growing up in Whangārei and learning from her brothers, Wilkinson played rugby and cricket but her interest was drawn to football – with plenty of art and music on the side. Her finishing skills have made Wilkinson one of New Zealand's most capped footballers.

Eden Park CEO Nick Saunter came up with the idea for the artwork to highlight the three events and he wanted Wilkinson to help after seeing her artistic talent online. Within 24 hours of the pitch, he received a design from her and two weeks later the job was done.

Saunter believes "she epitomises what the stadium is – it's the creativity of music, arts, culture and sport".

Leaving her legacy in a place of such prominence, Wilkinson hopes she can continue to inspire.

"Kids – male or female – look up to role models and the fact we're able to inspire, across genders, is fantastic," she said. "I would say to any young girls out there, just keep pushing and just do what you love and don't ever give up."