The return of a couple of veterans, along with the injury-enforced absence of a key playmaker, are the eye catching features of the All Whites squad named on Tuesday, ahead of the Fifa World Cup Intercontinental playoff with Costa Rica next month.

As tipped in the Herald last Friday, Marco Rojas makes his return, part of a national team grouping for the first time since November 2019.

The 30-year-old has been in strong form for Melbourne Victory this season and offers priceless experience, though the competition for places in his position is deep.

Defender Michael Boxall is also back in the fold, after missing the Oceania World Cup qualifying tournament in March with injury.

Midfielder Sarpreet Singh is the glaring omission. The 23-year-old has been battling a persistent groin injury for several months. He returned to Auckland three weeks ago for daily treatment with the New Zealand Football medical staff, but was always long odds to make the cut, given the timeframes. 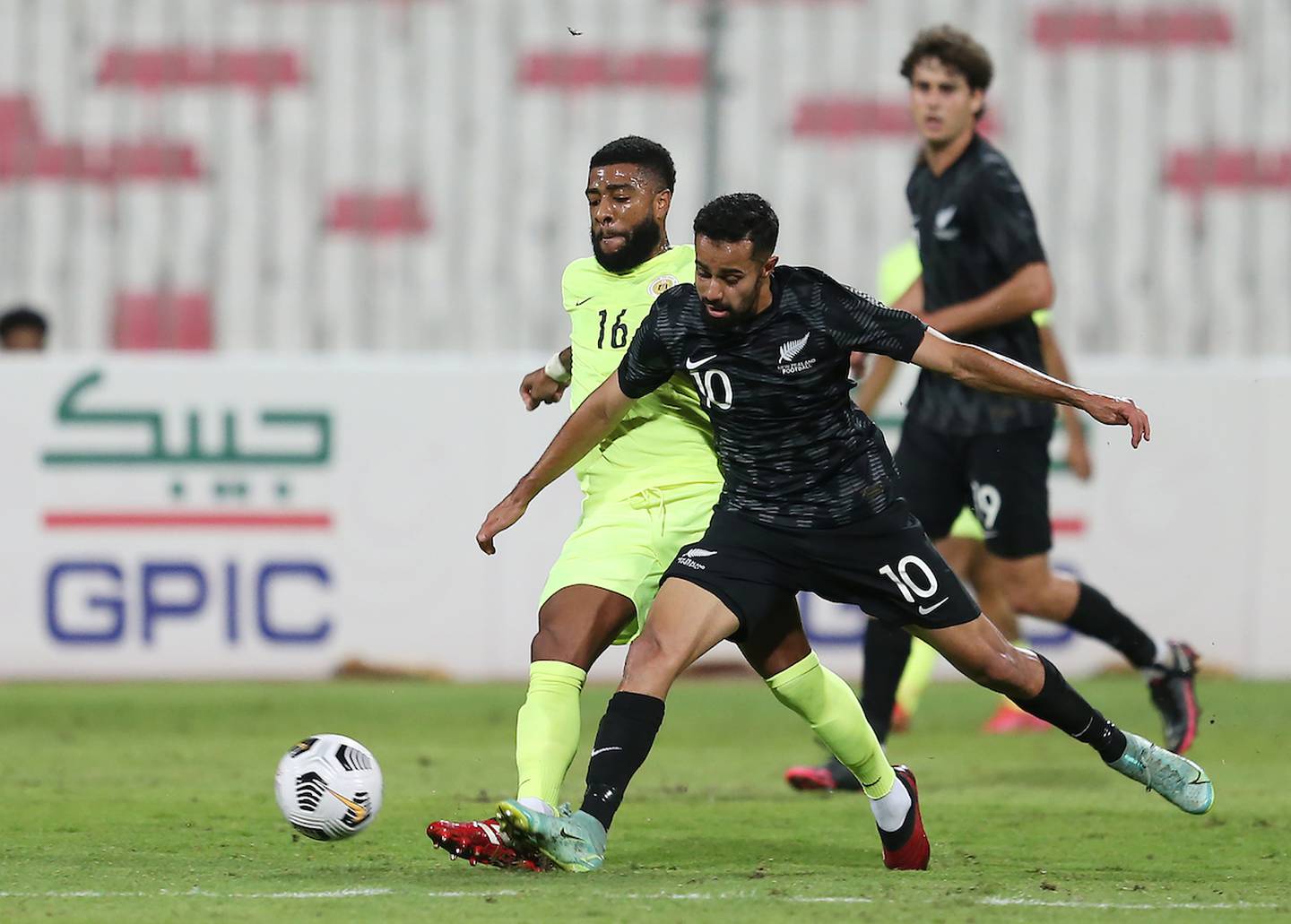 Sarpreet Singh in action for the All Whites last October. Photosport

Wellington Phoenix midfielder Clayton Lewis has completed a remarkable return from injury to get the call up, after suffering a serious ankle injury less than two months ago.

Lewis is one of seven A-League players, with Phoenix teammates Tim Payne, Oli Sail and Ben Waine joining him from the capital. The rest of the squad are based in the northern hemisphere.

Coach Danny Hay has opted for a 26-man travelling party, to cover for injuries and Covid-related contingencies, with two preparation games (versus Peru and a still to be confirmed opponent), before the Costa Rica showdown on June 15 (NZT).

That means there are few surprises, with 24 players who featured in the Oceania tournament and 13 from the Oly-Whites squad that reached the quarter-finals in Tokyo.
However, as always there are some unlucky ones. Striker Andre de Jong has been part of most squads in Hay's tenure but misses out, with Logan Rogerson and Ben Waine edging the South African based forward for a spot.

Goalkeeper Michael Woud is also excluded, with uncapped Matthew Gould chosen as the third custodian behind Stefan Marinovic and Sail. Woud was the first choice keeper in Tokyo and started in the senior games against Bahrain and Jordan but has slipped down the pecking order, not helped by some high profile errors in the silver fern.

Nikko Boxall started two games at the Oceania tournament but has been squeezed out this time.

Hay has opted for increased cover at right fullback, with Payne, Niko Kirwan and Dane Ingham, which indicates he has yet to fix on a preferred starter in that position. Payne played in the Oceania decider against the Solomon Islands but has mainly been used as part of a central back three for his club since then.

The other intriguing area will be in the wide positions and up front, with a plethora of options alongside Chris Wood.

The absence of Singh and Ryan Thomas, who was ruled out last month, are a blow, given their experience and ability to unlock defences.

But otherwise Hay has given himself flexibility, both in terms of potential formations and starting XIs with plenty of room to manuveour.

"I'm very happy with the squad we have assembled," said Hay. "The vast majority were part of the qualifying campaign, and a significant number were in the Olympic side, so this is a group that understands how we want to play and what is expected of them.

"While it is unfortunate that Sarpreet Singh and Ryan Thomas are missing with injury, it is great we are able to bring Marco Rojas and Michael Boxall back after they weren't available in March.

"We know this is a massive moment for football in New Zealand and I believe these are the players that give us the best possible chance of qualifying for the FIFA World Cup later this year."