English cricket officials provoked an angry response from Pakistan after withdrawing their men's and women's teams from a limited-over trip to the country next month, citing "increasing concerns" about travelling to the region.

The decision taken by the England and Wales Cricket Board overnight came three days after New Zealand Cricket abandoned its men's team's tour of Pakistan following a government alert that warned of a possible attack outside Rawalpindi Stadium.

The ECB didn't detail any specific security issues in a statement released after a board meeting over the weekend, instead highlighting "the mental and physical wellbeing of our players and support staff."

"We know there are increasing concerns about travelling to the region," the ECB said, "and believe that going ahead will add further pressure to a playing group who have already coped with a long period of operating in restricted COVID environments." 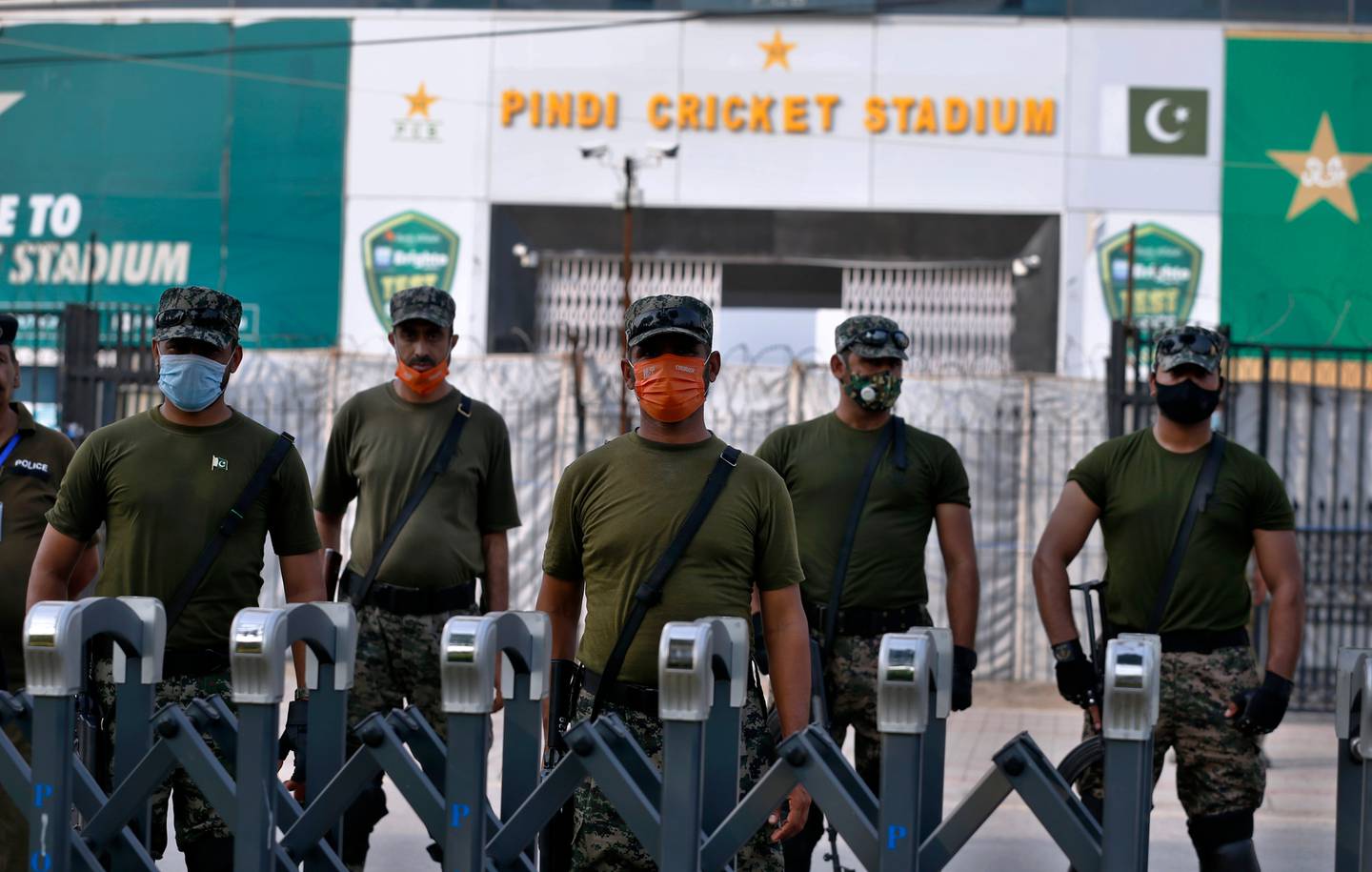 Within minutes, Pakistan Cricket Board chairman Ramiz Raja reacted by saying on Twitter: "Disappointed with England, pulling out of their commitment & failing a member of their Cricket fraternity when it needed it most. Survive we will inshallah."

In the wake of the New Zealand team's withdrawal from its tour on Friday, Pakistan Interior Minister Sheikh Rashid Ahmed said he had no information about a security threat against the New Zealanders and that Pakistan had given New Zealand guarantees that the players would be safe.

According to Ahmed, New Zealand Prime Minister Jacinda Ardern told Pakistan counterpart Imran Khan that the country had information the players could come under attack outside of the stadium.

Ardern would not elaborate on the threats, but said on Sunday they were described as "credible" and "direct and targeted".

"We do support the decision that was ultimately made by NZ Cricket to bring the team home."

"It was a direct threat and it was a credible threat - they made the right decision," Ardern added.

England men's and women's teams were scheduled to play all of their matches in Rawalpindi.

England's men, who were set to play T20s on Oct. 13 and 14, have not played an international in Pakistan since 2005. The women were to visit for the first time and were due to play three ODIs as well as two T20s.

Pakistan was a no-go zone for international cricket teams for a decade after terrorists attacked the Sri Lanka team bus in Lahore in 2009. The ambush killed seven people and injured several Sri Lankan cricketers.

The ECB said another "complexity" was the potential harm a trip to Pakistan could do to the men's team's preparations for the T20 World Cup, which begins later in October.

"We understand that this decision will be a significant disappointment to the PCB, who have worked tirelessly to host the return of international cricket in their country," the statement said.

"Their support of English and Welsh cricket over the last two summers has been a huge demonstration of friendship. We are sincerely sorry for the impact this will have on cricket in Pakistan and emphasize an ongoing commitment to our main touring plans there for 2022."