As one of the biggest matches in the 144-year history of test cricket approached, it was somewhat fitting that one of the sport's oldest impediments made an appearance.

Rain fell on the parade of the opening day of the inaugural World Test Championship final, with a washout meaning that – brief, splashy inspections aside - the New Zealand and Indian teams had few reasons to emerge from their hotel rooms handily overlooking the Southampton ground.

The writing was on the wall before play was even scheduled to begin, with an announcement coming through 30 minutes before the much-anticipated first ball that the toss had been delayed, and there would be no play possible until after lunch. 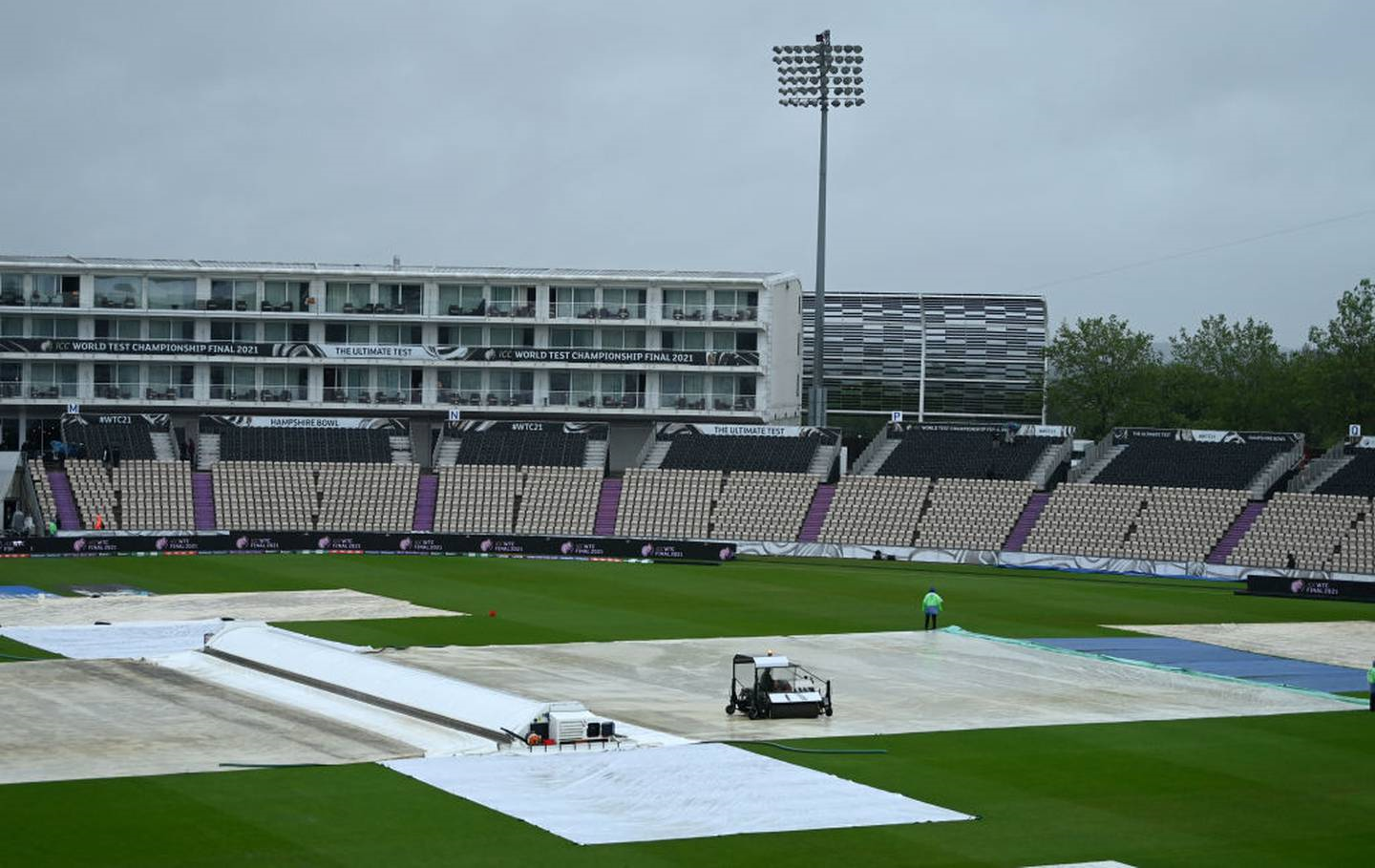 The covers stayed on all day on day one of the World Test Championship final. (Photo / Getty)

After puddles – and in some areas, ponds – had formed on the outfield, there was a brief spell without rain after lunch, but once it returned the day's play was abandoned, with 98 overs scheduled for day two.

The organisers were prepared for this possibility, with the reserved sixth day now being available for use, and with a better forecast on the cards for day two, a traditional five-day test is still likely to begin – assuming the ground's drainage systems can handle the day one deluge.

However, the long-range Southampton forecast presents the possibility of rain every day – with the probabilities ranging from unlikely (Saturday) to probable (Monday). Fortunately, no day is predicted to be as drenched as the opener.

The gloomy conditions also present a glimmer of light for the Black Caps.

The forecast predicts a week of overcast conditions, more familiar to the New Zealanders, and most importantly more suited to their bowling attack, who have the potential to cause havoc if the stars align. 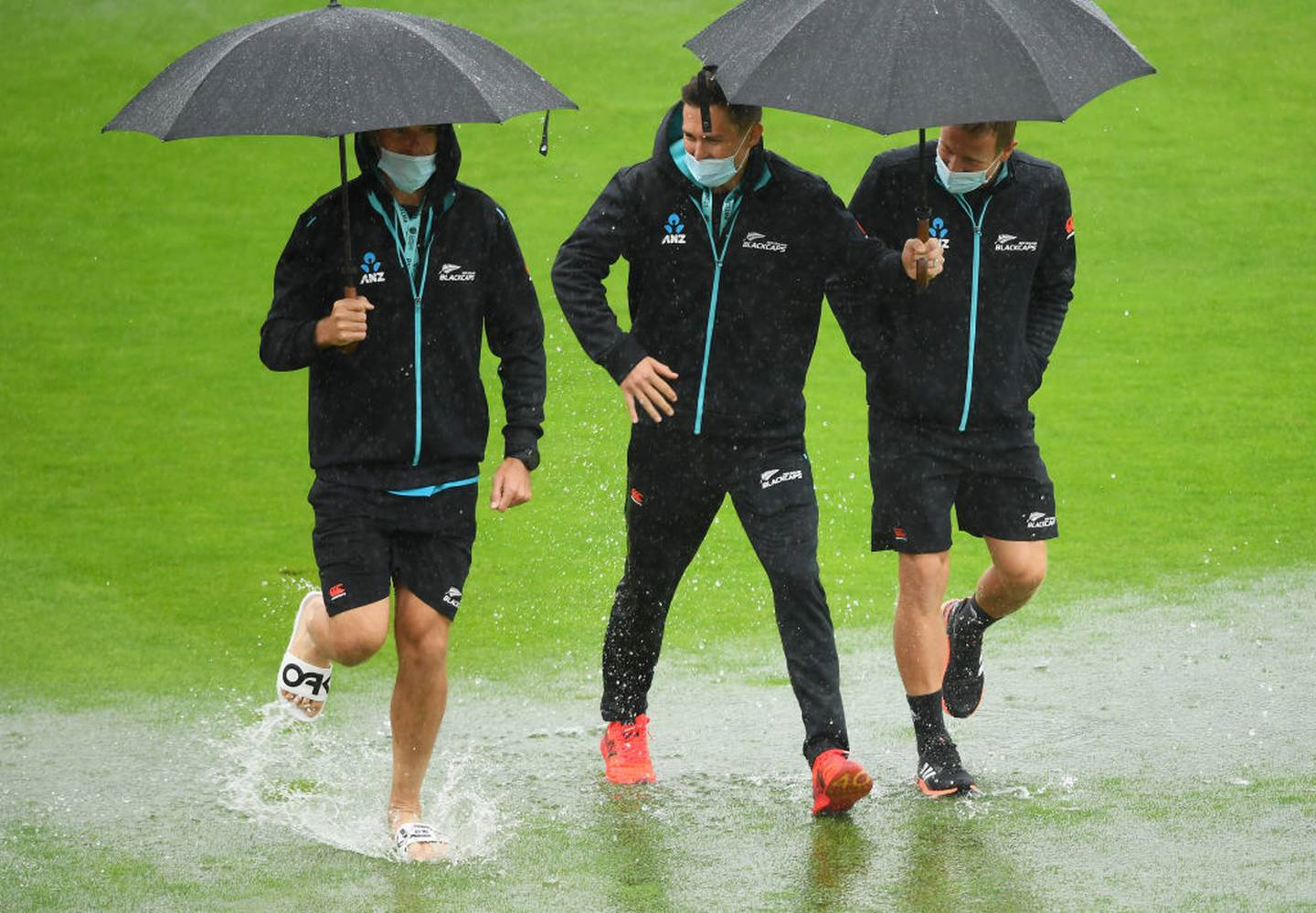 Also, the weather may have solved what looked to be one of the New Zealand selectors' toughest calls in years, with the overcast and damp conditions set to suit an all-seam attack, which would give all-rounder Colin de Grandhomme a role in the side ahead of spinner Ajaz Patel.

That would provide the Black Caps with better balance as they (eventually) embark upon their ultimate test.