The Blackcaps' hopes of World Test Championship glory have been dampened – but aren't dead in the Southampton water just yet.

Persistent rain saw day four of the World Test Championship final between the Blackcaps and India washed out without a ball being bowled, leaving the Black Caps waiting at 101-2 in their first innings, trailing India by 116 runs.

It was the second day completely lost to the weather in Southampton, leaving just two days for a result to be found, with the reserve sixth day coming into play.

However, the forecast is fine for the next two days, and with conditions likely to remain fairly damp, there should still be plenty of life in the wicket and support for the bowlers. 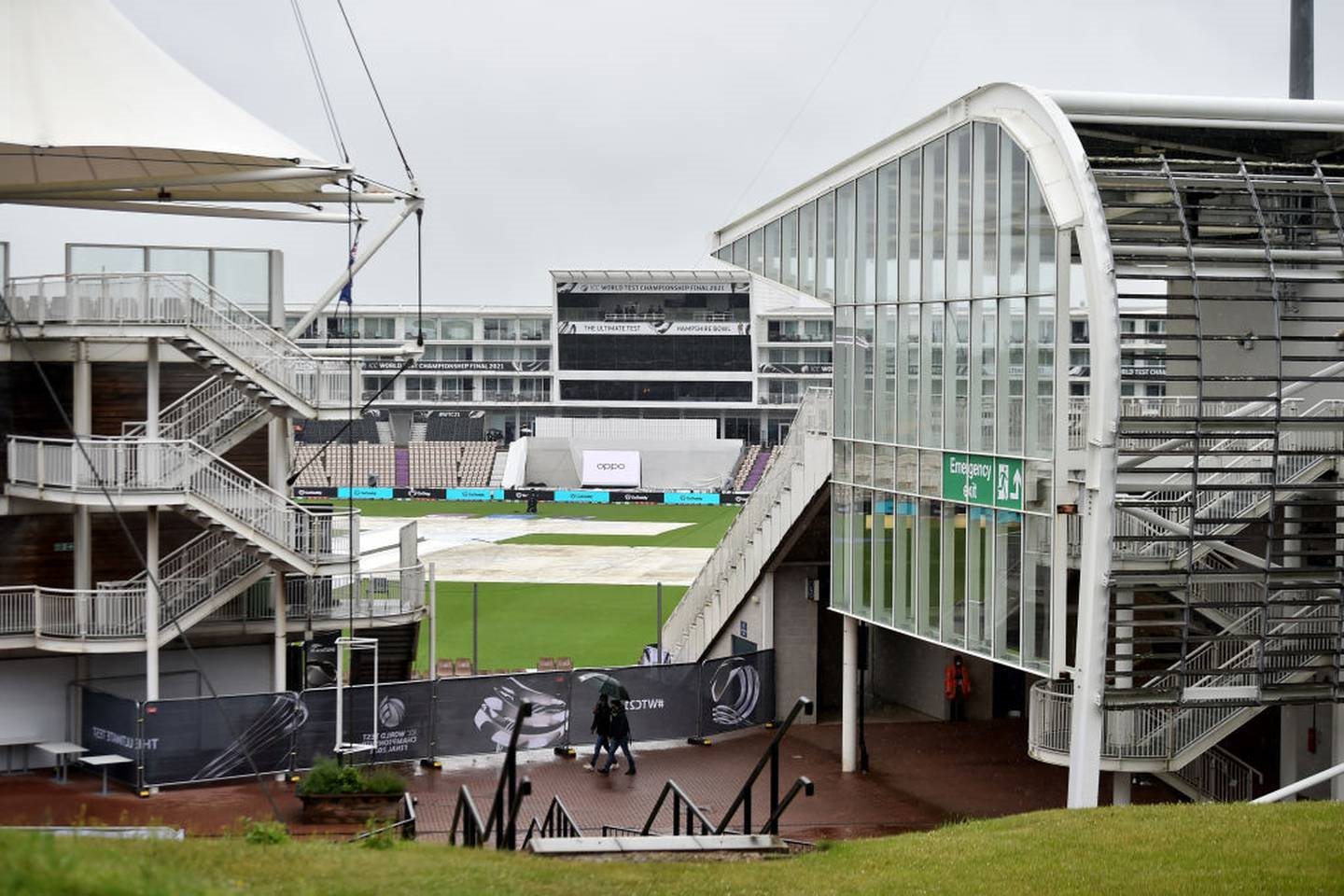 A general view outside the Hampshire Bowl as rain delayed play during Day 4 of the ICC World Test Championship Final between India and New Zealand. (Photo / Getty)

The Blackcaps bowlers will certainly be confident in being able to take 10 further wickets, while the Indian seamers were only denied on day three by some excellent New Zealand batting, combined with a dollop of luck enjoyed by Tom Latham and Devon Conway.

Ultimately, quick wickets and batting collapses are possible in the final two days, which could still lead to a result, even before taking any potential wacky or generous declarations into account.

The most likely path to a Blackcaps victory would come with a big batting performance on day five, where they would ideally be hoping to build a three-figure lead. The conditions – and the need to speed up proceedings – mean that the likes of Colin de Grandhomme, Tim Southee and Neil Wagner would be well advised to have a hit, not that they require much of an invitation, as they would be unlikely to survive long playing "traditional" test cricket.

If those quick and plentiful runs are on offer, then the bowlers would be able to attack India on day six, and try to swing, seam and bounce their way to a famous victory. 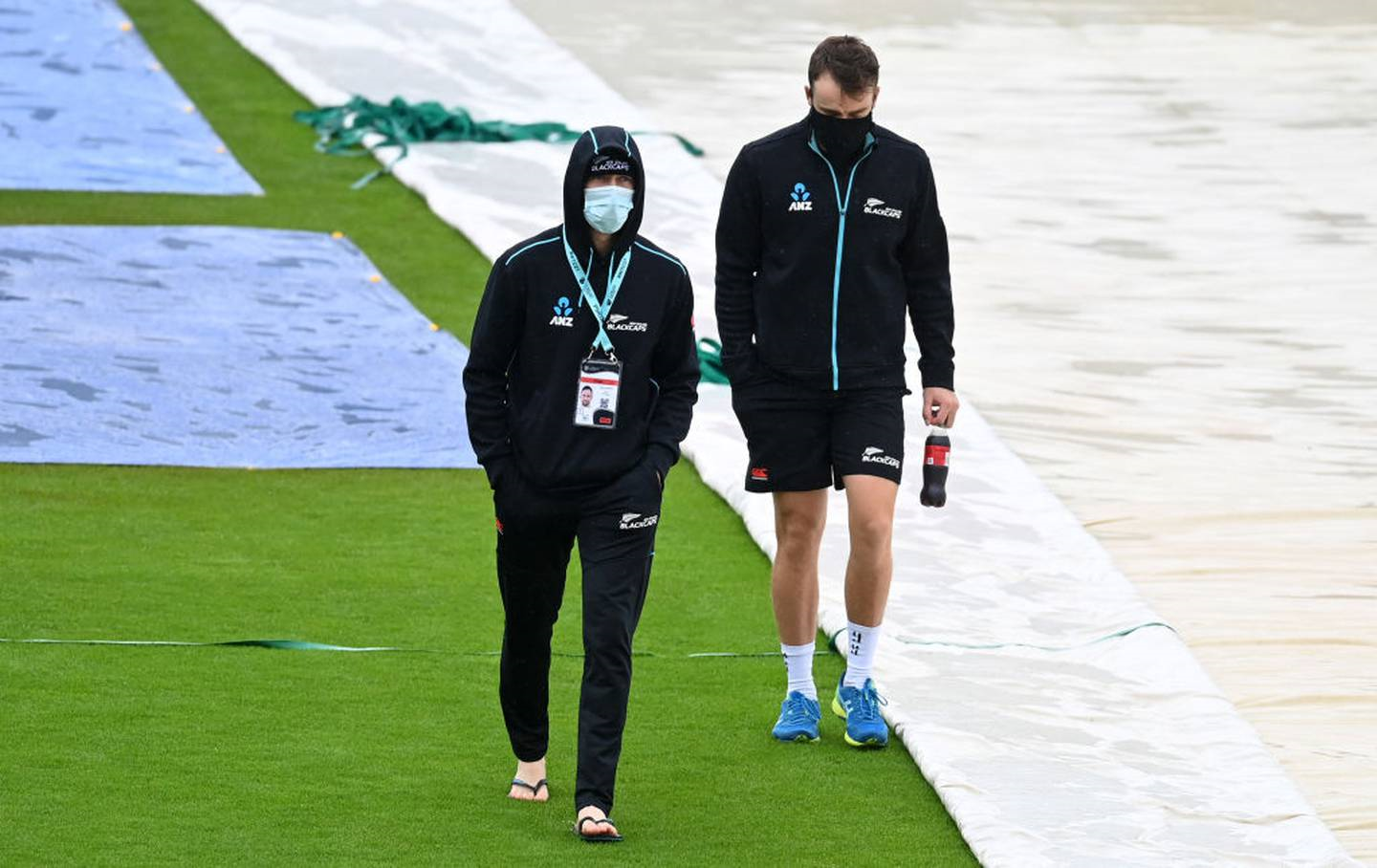 The other way a result could be found would come via India's bowlers shining on day five, resulting in similar first-innings totals. Then, a batting collapse would be required for either team to have a chance of victory, but a strong Indian rearguard in the third innings would ensure a draw.

Perhaps some calculated declarations in the quest for a result could come into play if neither Virat Kohli nor Kane Williamson are too enamoured with the idea of sharing the title in a damp squib, while another key factor will be how the ground manages to drain overnight under overcast skies, and the quality of the light on day five.

If day five is anything like day three, where the start was delayed due to the overnight rain taking time to dry, then that would greatly reduce the prospects of a Blackcaps victory, as would any time lost to bad light.

All things considered, a New Zealand triumph is unlikely. But it's far from impossible.