Kiwi cyclist Patrick Bevin has continued his incredible form, taking a stage win at the Tour of Romandie overnight.

After claiming the overall Tour of Turkey title and a stage win a fortnight ago, Bevin has now won at an even higher level, claiming his second World Tour stage win, and first in three years.

The undulating nature of the Swiss terrain meant few world-class sprinters are competing in Romandie, and the short climbs on offer also reduced the peloton to a 54-man bunch to contest the finish, of which Bevin was one of the fastest.

Despite some enterprising attacks, riders from the Ineos Grenadiers team joined Bevin's Israel Premier-Tech teammate Michael Woods to deliver the race for a sprint finish, and Bevin was perfectly placed in the final corner to sweep off the wheel of Ethan Hayter and surge to a dominant victory.

With fellow Kiwi Dion Smith a late-charging fourth, and Finn Fisher-Black making it three Kiwis in the top seven, it was a New Zealand smorgasbord in Switzerland, but Bevin was the star to take another significant win, described as "absolutely sensational" by commentator Matt Stephens.

Patrick Bevin stormed to a dominant victory from a reduced bunch on Stage 3 of #TDR2022. pic.twitter.com/ynOxbB5Emx

Only Bevin and Woods have taken victories for Israel Premier-Tech this year, and it was the team's first World Tour victory in nearly a year. 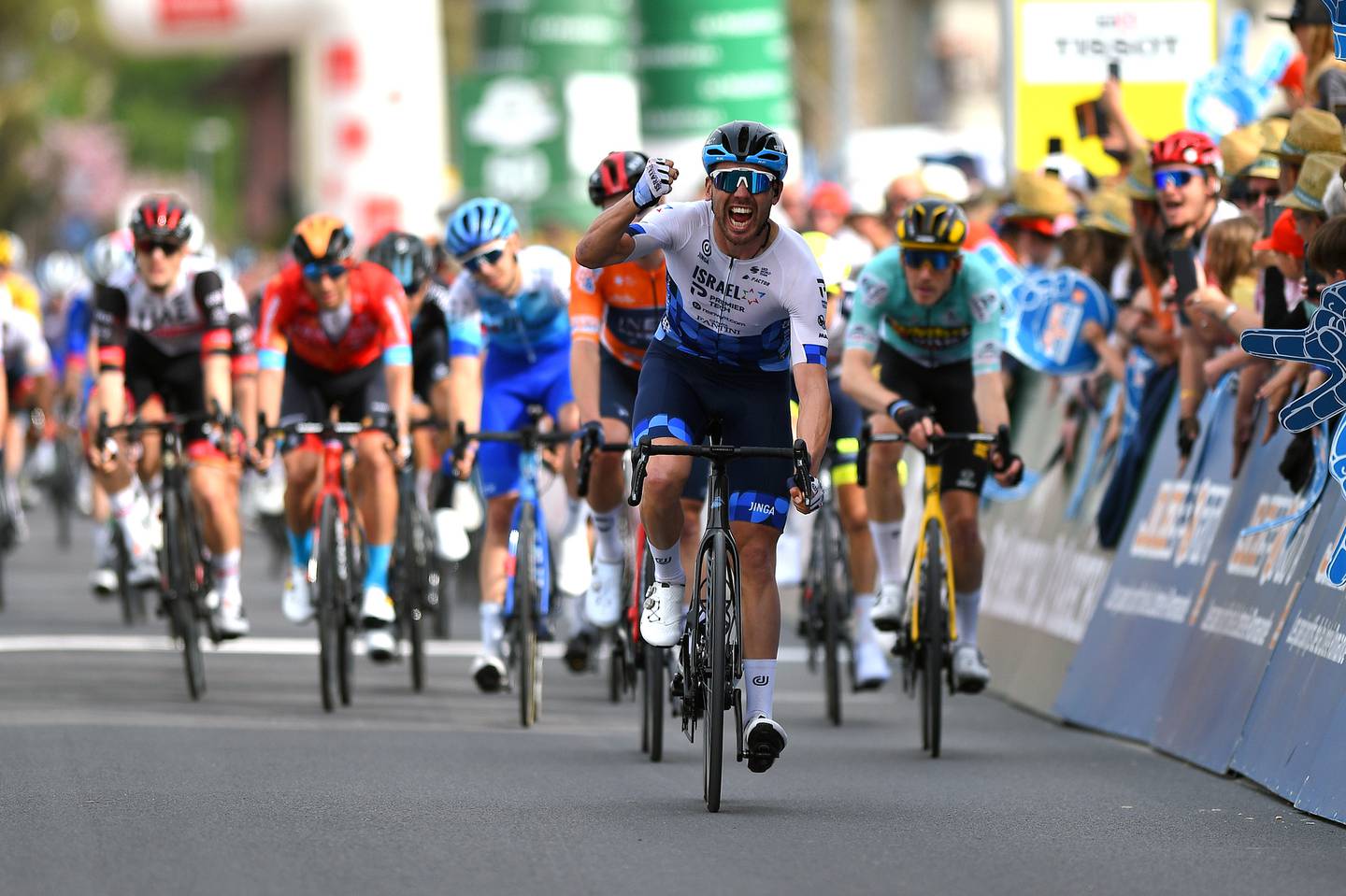 Patrick Bevin celebrates winning the sprint on stage three of the Tour of Romandie. Photo / Getty

Overall victory is unlikely, with a gruelling climbing stage overnight likely to be too tough for the Kiwi to keep pace with the array of top climbers in the race, but this victory is more than enough for Bevin to walk away from Romandie ecstatic with his efforts.

"All week I'd looked at [this stage], I knew the final was up and down and I had the legs to be there, then had a plan, I wanted to be second or third wheel out of the last corner and to get a run and not look back," Bevin explained.

"It simply couldn't have gone any better. It's not often that you have a plan in your head and you get to execute it like that. It really worked out perfectly. It's amazing - what a day."

Despite being the team's most in-form rider and one of their strongest options for Grand Tours, Bevin confirmed that Tour de France is not on his agenda at this stage.

"Unfortunately the Tour is not on my program. The second half of the year is a bit up in the air, so we'll wait and see how it plays out."

Elsewhere, fellow Kiwi Aaron Gate remains in the lead at the second-tier International Tour of Hellas in Greece.

Riding for the Kiwi Black Spoke team, Gate crashed near the end of stage three overnight, but didn't suffer any serious injuries and will race stage four tonight.

Gate leads by a whopping one minute and 52 seconds with two stages to go, after a fantastic solo victory on the opening stage.