How the world reacted to the Black Caps pulling off a remarkable late chase against England and reach the Twenty20 World Cup final.

Revenge for Lord's - Tim Wigmore of the Telegraph

As New Zealand's bench whooped in delight at how they had turned an arduous chase into a cruise - needing 57 from the last 24 balls, they got there with a whole over to spare - you suspect this clinical chase had gone a long way to easing New Zealand's pain of Lord's 2019.

For England, so outstanding in the early skirmishes of the tournament, and ascendant for vast swathes of New Zealand's chase, here was another reminder of the cruelty of tournament cricket.

Just as years of work can be vindicated by barely explicable moments of happenstance - the bounce of a ball off the bat, or a tie-breaking rule - so they can be undone by them. 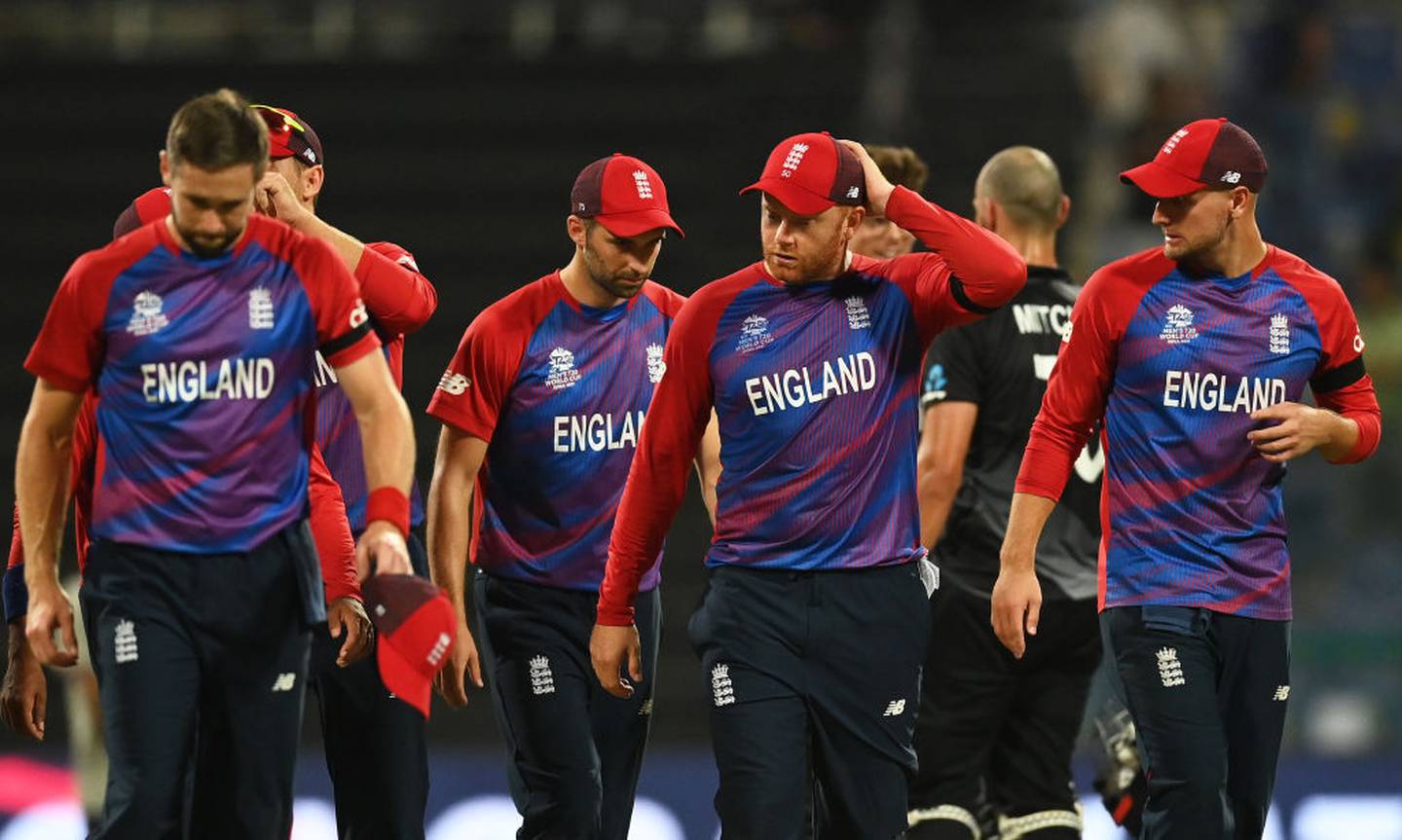 England crumble at the last - Simon Burnton of the Guardian

England's attempt to unite the white-ball belts ended with them on the canvas in Abu Dhabi thanks to a succession of vicious blows from Jimmy Neesham and Daryl Mitchell in a handful of late overs in which an evening of often awkward batting was blasted out of the memory.

After the 50-over World Cup in 2019 and the World Test Championship earlier this year New Zealand are in another final in another format, and here they deservedly avenged their recent run of high-profile defeats to England, most memorably at Lord's two years ago.

New Zealand ripped the game right back out of their grasp again, and this time there was to be no comeback.

James Neesham contemplated retirement in 2019. He didn't. Daryl Mitchell never contemplated opening the batting. He did. And together they dragged a New Zealand side that was adamantly trying to lose all the way into a T20 World Cup final.

It was big-hitting madness. And it came from outta nowhere. England, much like they did five years ago on a sparkling night in Kolkata, had the game in their hands. And not one but two big-hitting allrounders took it away from them.

WHAT THE PLAYERS SAID:

Player of the match Daryl Mitchell:

"It was a bit of a whirlwind there, I can't really remember what went on in the last half but it was nice to get the job done and move on to the big dance.

"It was quite challenging there with the new ball, it was slightly two-paced. I thought Devon Conway played really well through the middle to set up a platform for us to launch at the end.

"Then the way [Jimmy Neesham] came in and struck it as clean as he did really helped us."

"T20 cricket is a game of small margins and we've seen that throughout this whole tournament.

"It can depend on the surface, perhaps a short side - all these little things can be match-defining and all teams are trying to maximise those opportunities. Coming into that middle to death stage with the bat we had wickets in hand which is really important, and we managed to capitalise on that.

"It's a game of really small pieces and you're always trying to win those little moments."

"Coming into the game we knew both sides were close in skill and play the right brand of cricket.

"Full credit to Kane [Williamson] and his team, they outplayed us today.

"Unfortunately in a tight game we've come off the wrong end of the stick but I can't fault anything we've done tonight.

"We've fought unbelievably hard during this tournament...but tonight we've come up short - and that can happen in cricket."