The cricket world has come together to share their congratulations after Bangladesh claimed an eight-wicket win in the first test against the Black Caps in Mt Maunganui.

The win was the nation's first test victory over the Black Caps, and their first win in any format in New Zealand after 32 defeats.

After posting an impressive 458 runs in their first innings to hold a 130-run lead, the Bangladesh bowling attack did a number of the Black Caps' batting order in the second innings.

While opening batsman Will Young (69) and No 4 Ross Taylor (40) were able to get some runs on the board, they were the only two to score above 20 in the second innings – with four of the Black Caps batsmen being dismissed without scoring and Bangladesh quick Ebadot Hossain taking six wickets.

Many took to social media to share their praise for the Bangladesh side.

Former England captain Michael Vaughan said it was a brilliant performance from the visitors.

"It will surely go down as one of the great test wins!! A team with little funding & a small first pool of players to choose from."

Cricket statistician Andy Zaltzman said he couldn't think of a bigger shock in the history of test cricket, while journalist Yas Rana provided some context into what Bangladesh achieved.

Former Bangladesh bowling coach Ian Pont, who was part of the system when Bangladesh claimed an impressive one-day series win over New Zealand in 2010, said on Twitter that it was something special.

"This is absolutely sensational stuff! I was part of the Bangladesh in 2010 over @BLACKCAPS but this over the Test World Champs in NZ is something else! Huge praise to all @BCBtigers. WELL DONE TIGERS!!!" 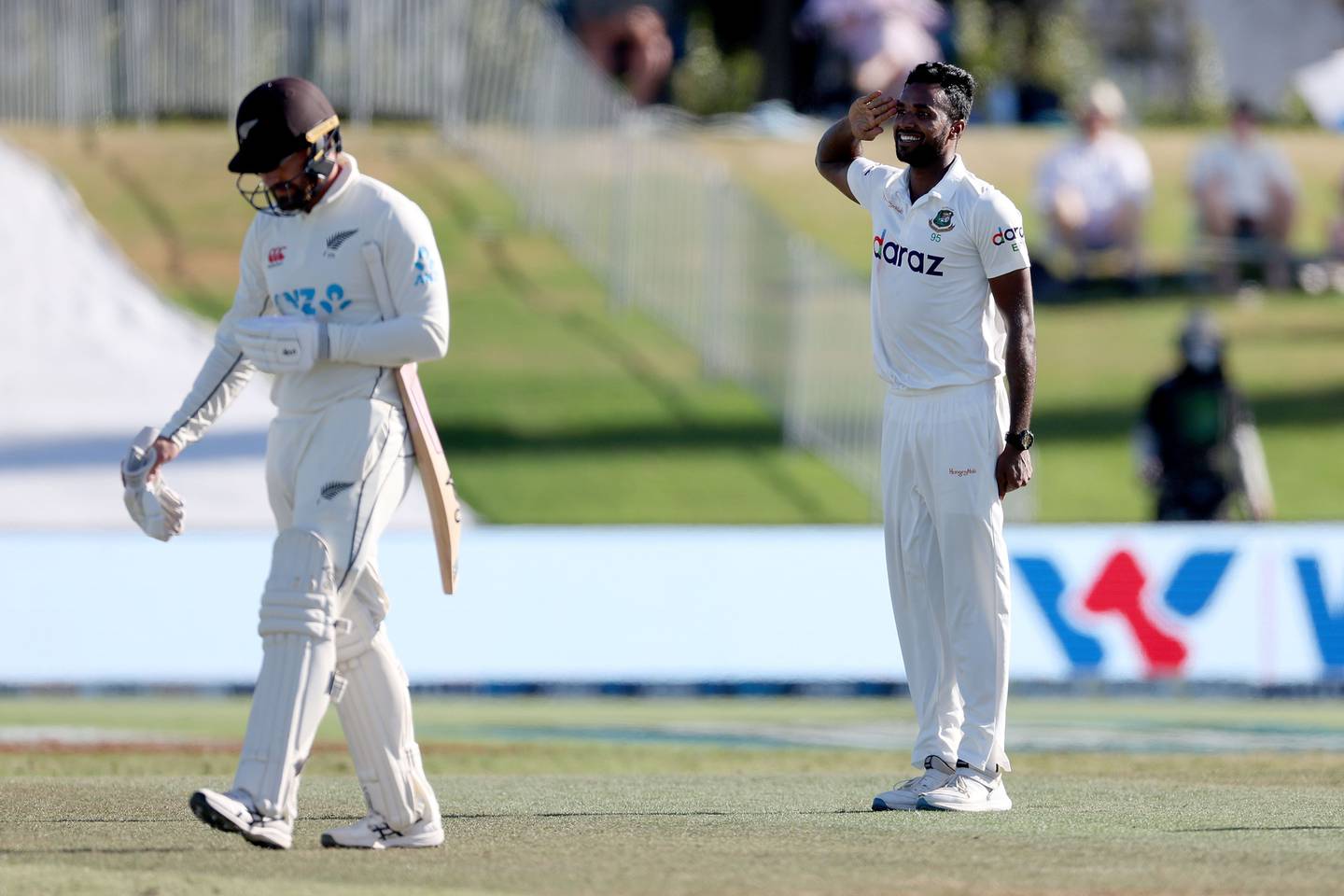 Minister for sport and recreation Grant Robertson was among plenty of Kiwis to congratulate the visitors.

"Massive congratulations to @BCBtigers on an historic win. They outplayed NZ in all facets and thoroughly deserve to enjoy victory. Feel they are team who will win plenty more tests. Lots for @BLACKCAPS to think about from here, but for now, well done Bangladesh!"

It was a win to savour, and one that cricket writer Mohammad Isam put into context in his reflection on the last time Bangladesh were supposed to play a test in New Zealand – the 2019 fixture which was cancelled after the Al Noor Mosque shooting in Christchurch.

"For me personally, this test win brings a strange emotion. I was in Christchurch in 2019 when the test match got cancelled due to the Al Noor Mosque shooting. To see them win their next test in New Zealand, is personally a special occasion."

The sides will now head back to Christchurch for the second test of the tour, which is set to get underway at Hagley Oval on January 9.