Her 19-year international career makes her the longest serving modern day New Zealand cricketer while her 169 domestic one-day games is a New Zealand record for both men and women.

A well-loved team-mate, a respected opponent and a stalwart of the New Zealand cricketing scene over the past two decades, Martin leaves the game with "no regrets" and is looking forward to life after cricket.

She finished just shy of 200 international appearances with 199 caps to her name including 103 ODIs, 95 T20Is and a solitary test.

"It's been an incredible experience," said Martin.

"To all my team-mates, coaches, opposition, fans and friends I've met along the way, I want to thank you for making my time in cricket so memorable.

"Cricket really has given me my life - from leaving Dunedin as a youngster to attend the NZC Academy in Christchurch, to traveling the world as a White Fern and representing my country - it's been a dream come true."

Martin reserved the biggest thanks for her parents, Steve and Wendy, who have been a constant source of support throughout her career.

"I've been fortunate to have a very supportive family throughout my time. Dad travelled to India for my debut in 2003 and has made his presence known around the boundary ropes ever since.

"Both Mum and Dad took a campervan around the North Island for the recent Women's World Cup - to say I've been lucky to have them on this journey with me is an understatement."

Martin said arriving at her decision to retire wasn't easy but acknowledged her mind was pretty much made up before the White Ferns final ICC Women's Cricket World Cup match against Pakistan. 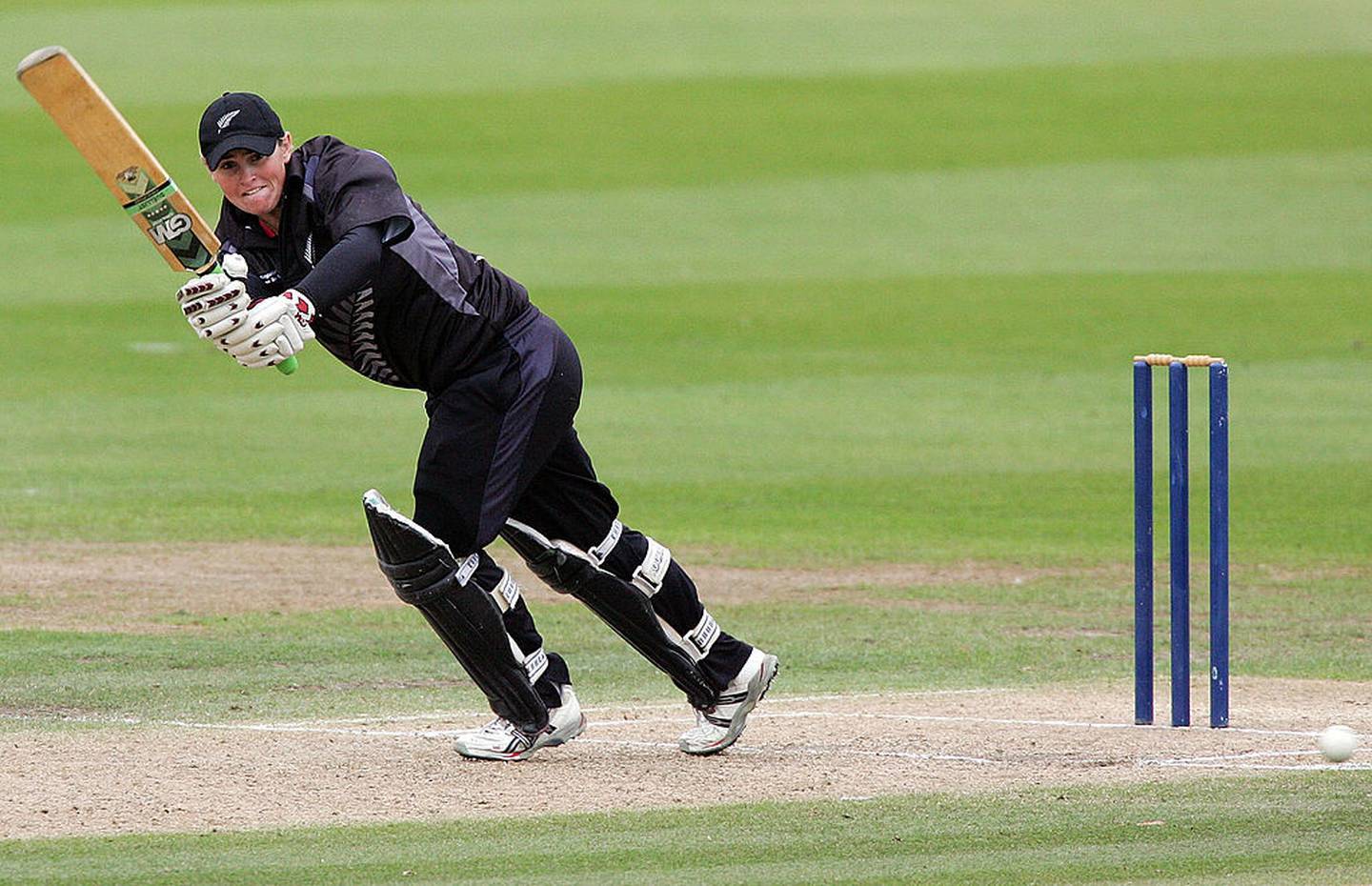 Katey Martin during the 2008 ODI series against Australia. Photo / Getty

"I knew heading into that match it could be my last time playing for New Zealand, hence why I was quite emotional."

"I took some time after the tournament to talk to family and friends to solidify my decision before making it official today.

Throughout her career, Martin has enjoyed watching women's cricket evolve and is excited to see the next phase of this growth take shape.

"The women's game is going from strength to strength. We saw at the recent Women's World Cup here at home how much the standard of cricket has risen and I'll be excited to watch it continue to develop over the coming seasons."

Martin is now looking at her own transition out of playing and is hoping that will include more commentary work as well as turning her hand to coaching the next wave of young wicket-keepers.

"I've loved being involved with Spark Sport learning from some of the best cricket broadcasters in the country, as well as rubbing shoulders with several of our greatest players."

"I'm passionate about leaving the game in a better place and would be very keen to help coach and develop our next generation of keepers. It's definitely somewhere I feel I can give back to a game that has given me so much."

"Katey Martin is one of a kind," said Carter.

"The White Ferns environment is richer for having her around. She brought energy, excitement and fun to the group and her presence will be missed I'm sure."

"Her long service to both the Sparks and White Ferns has been remarkable."