Tim Paine resigned from his role as captain of the Australian Test cricket team on Friday, brought down by a series of lewd texts he'd sent to a former Cricket Tasmania employee.

The Herald Sun was first to reveal that Paine had sent the woman a "d*** pic", among other sexually charged messages, on the eve of the 2017/18 Ashes series.

Subsequently, in a statement to the media on Friday afternoon, Paine stood aside as captain.

"Today, I'm announcing my decision to stand down as the captain of the Australian men's Test team," he said.

"We thought this incident was behind us and that I could focus entirely on the team, as I have done for the last three or four years. However, I recently became aware that this private text exchange was going to become public."

Paine said that, "on reflection", his actions in 2017 did not meet the standard of an Australian cricket captain, or indeed "the wider community".

"I'm deeply sorry for the hurt and pain that I have caused to my wife, my family, and to the other party," he said. 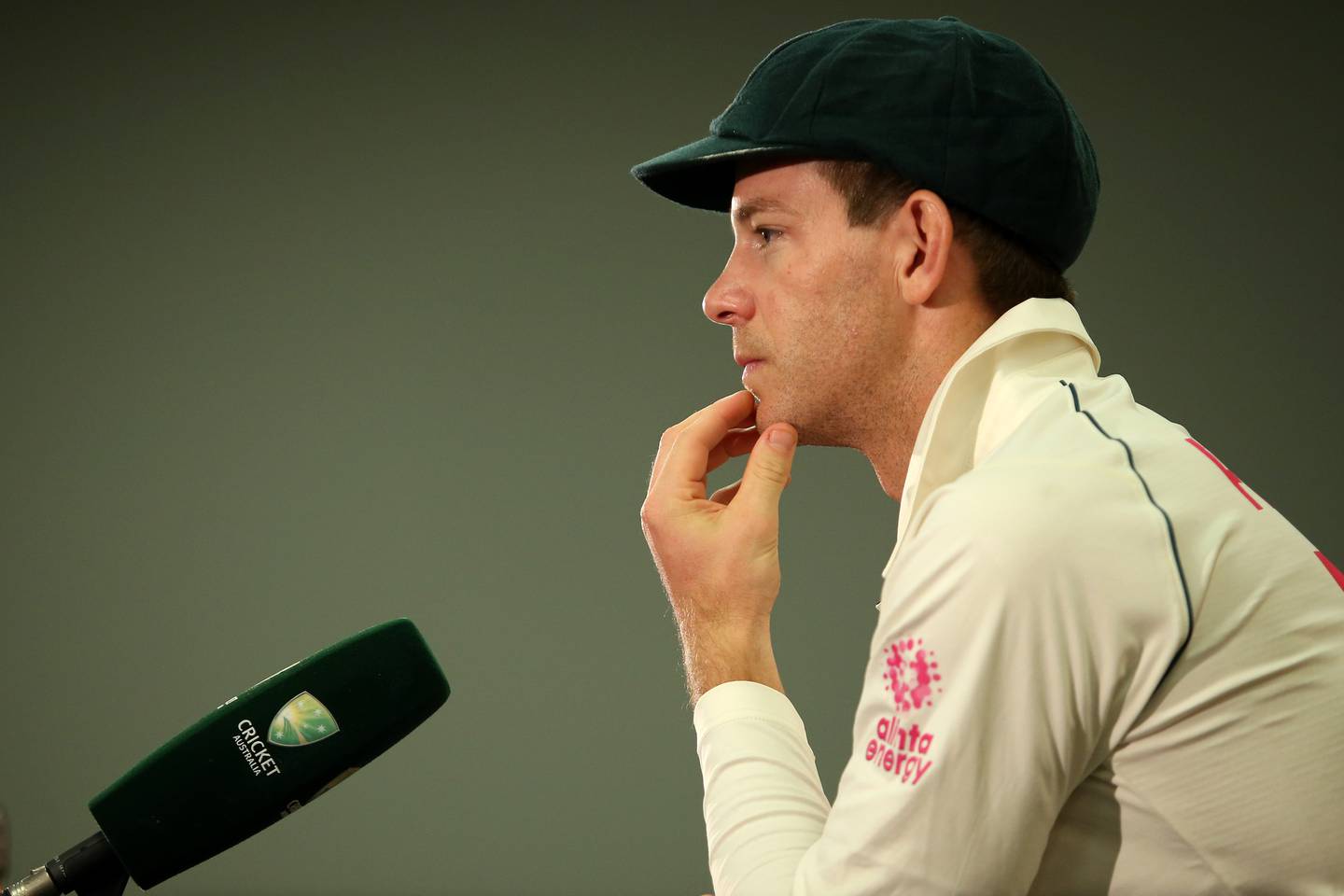 Paine said that, "on reflection", his actions in 2017 did not meet the standard of an Australian cricket captain, or indeed "the wider community". Photo / Getty Images

"I like good girl [name removed]. But this other one sounds interesting," Paine wrote on the 22nd, according to The Herald Sun.

"When I'm good I'm good. When I am bad I am brilliant," she replied.

The next day, Paine joined his Australian teammates for day one of the first Ashes Test at the Gabba in Brisbane.

"I will think naughty thoughts about you whilst we watch the TV," the woman texted him hours before the start of play.

"I'm cracking! Ha ha. Naughty thoughts like what? I'm about to give something a firm pull," Paine told her.

She replied that she was getting ready for work.

"I thought we were resting hands," she said.

"Can't rest them when I'm this hard!! Need to ease the tension ... finish me off with those lips then," said Paine, adding a wink emoji. He then sent a "d*** pic", later described as "unsolicited", telling the woman to "finish me off right now".

Paine, who is married with two children, now says he "deeply regrets" the exchange.

The woman later claimed she was offended by Paine's "sexually explicit, unwelcome and unsolicited photograph", in addition to "the graphic sexual comments".

Soon after Paine fronted the media in Hobart, Cricket Tasmania Chairman Andrew Gaggin said there was no complaint raised at the time of the "consensual" incident in 2017.

"As soon as Cricket Tasmania was made aware, it undertook an investigation that determined the interaction was consensual, private, occurred on one occasion only, was between mature adults and was not repeated," he said.

"Cricket Tasmania clearly does not condone this type of behaviour and addressed the matter directly with Tim Paine."

It determined "no further action" was appropriate.

In a statement, Cricket Tasmania said the allegations against Paine were only raised when "formal charges of theft" were laid against the woman in mid-2018.

"Tim felt it was in the best interests of his family and Australian cricket to take this decision to step down as captain," Freudenstein said.

"The Board has accepted Tim's resignation and will now work through a process with the National Selection Panel of identifying and appointing a new captain.

"Despite the mistake he made, Tim has been an exceptional leader since his appointment and the Board thanks him for his distinguished service.

"Tim will continue to be available for selection in the Test team through the Ashes summer."