Once the pride of Australian sport as the most loved team in the country, the men's Australian cricket team is again being portrayed as a laughing stock on the global stage.

Former captain Paine's resignation as captain on Friday came on the back of an explosive News Corp investigation that uncovered historical lewd texts sent by the 36-year-old to a former colleague employed by Cricket Tasmania.

A Cricket Tasmania human resources department investigation also found Paine had committed no breach of the organisation's code of conduct.

A decision not to make the matter public at the time the situation was first investigated in 2017 has resulted in a social media backlash against Cricket Australia (CA).

The world's media has also reacted with a scathing assessment of Australian cricket.

England's notorious supporter group, the Barmy Army, had a field day with Paine's announcement — just weeks out from the start of the 2021-22 Ashes series with the first test at the Gabba, beginning December 8.

The travelling supporter group joked to its 236,000 followers on Twitter: "Tim Paine has resigned over 'ball tampering' claims".

A picture post was even less forgiving, showing Steve Smith and David Warner during their Sandpapergate press conferences and a distraught Aussie fan watching the moment England won the famous third test during the 2019 series — where Australia still retained the Ashes.

Telegraph chief cricket writer Scyld Berry suggested England "may be privately pleased" with Paine's exit, calling it "a grave and destabilising moment" for the Aussies.

The Evening Standard's Will Macpherson wrote that while Steve Smith's two-year sandpaper saga ban is over, making him eligible for the captaincy, "he was a weak leader who CA [Cricket Australia] may be reluctant to return to".

The headline on The Daily Mail UK's website was, "Paine Caught Out" alongside a photo of the cricketer with his wife and an edited transcript of the texting exchange.

The scandal has even made news in the United States, with CNN publishing the story for its millions of online readers.

The scandal is still big news in cricket-mad India. Tim Paine carries a bat before the Australian team train at the Sydney Cricket Ground in Sydney on January 5, 2021, ahead of their cricket test against India. He has now stepped down from his role as captain. Photo / AP

Many fans were in disbelief, while others slammed the fact Paine is only resigning now after Cricket Australia had already investigated the texts and found no wrongdoing.

Broadcaster Gerard Whateley lamented two captains have now lost their post in "disgrace", after Paine's predecessor Steve Smith was banned because of the ball-tampering scandal in 2018.

"There will be a national sense of shock and trying to take it in and comprehend it, and then to forecast what happens next, it's extraordinarily difficult to take in so instantly and rapidly," Whateley said on SEN's Dwayne's World.

"Because of the prestige of the office of Cricket Australia and the public nature of it, the requirement to speak routinely and not to have an issue lingering that would detract from either the position or the performance of the team, Tim's taken that view and that's immediately obvious, as soon as the story is published and you read the detail you go, 'No, Tim won't able to be captain in these circumstances'.

"The nature of it is stunning, it runs completely counter to the manner in which Tim has always conducted himself in the public sphere, he has been a tremendously dignified and respectful captain.

"When you put two together, that's two Australian captains in succession who have had to leave office in disgrace, one for what happened on the field and one for what's happened off-field.

"So that's diabolical for the position that is the Australian captaincy, and that it's happened two and a half weeks out from an Ashes series, while the cycle will spin violently for two or three days, this is not going to be resolved in two and a half weeks.

"So it will sit extremely heavily over Australian cricket going into the Ashes, keep in mind England cricket is in a full-blown crisis at the moment with the racism scandal that has been unearthed and their captain is not untouched by that, but that Australia's captain would have to leave office so abruptly is jarring, to say the least."

The entire newsroom stopped for the Tim Paine presser.
Scott Morrison barely gets that.

So cricket Australia knew about the Tim Paine sexts in 2018 and did nothing?

Wait, so Tim Paine is only resigning because its been made public? Character. Elite leadership.

So from what I can gather, CA knew about this four years ago - still made Paine captain, and promoted him as the squeaky clean saviour of Australian cricket? #TimPaine #Ashes

Tim Paine was picked as the player to clean up Australian cricket after the sandpaper scandal.

Tim Paine has done right thing in resigning but he is joking if he thinks he should still be part of the squad. His position is untenable. Puts too much pressure on teammates, will be massive distraction, media will continually write, talk about it, fans will react at grounds. 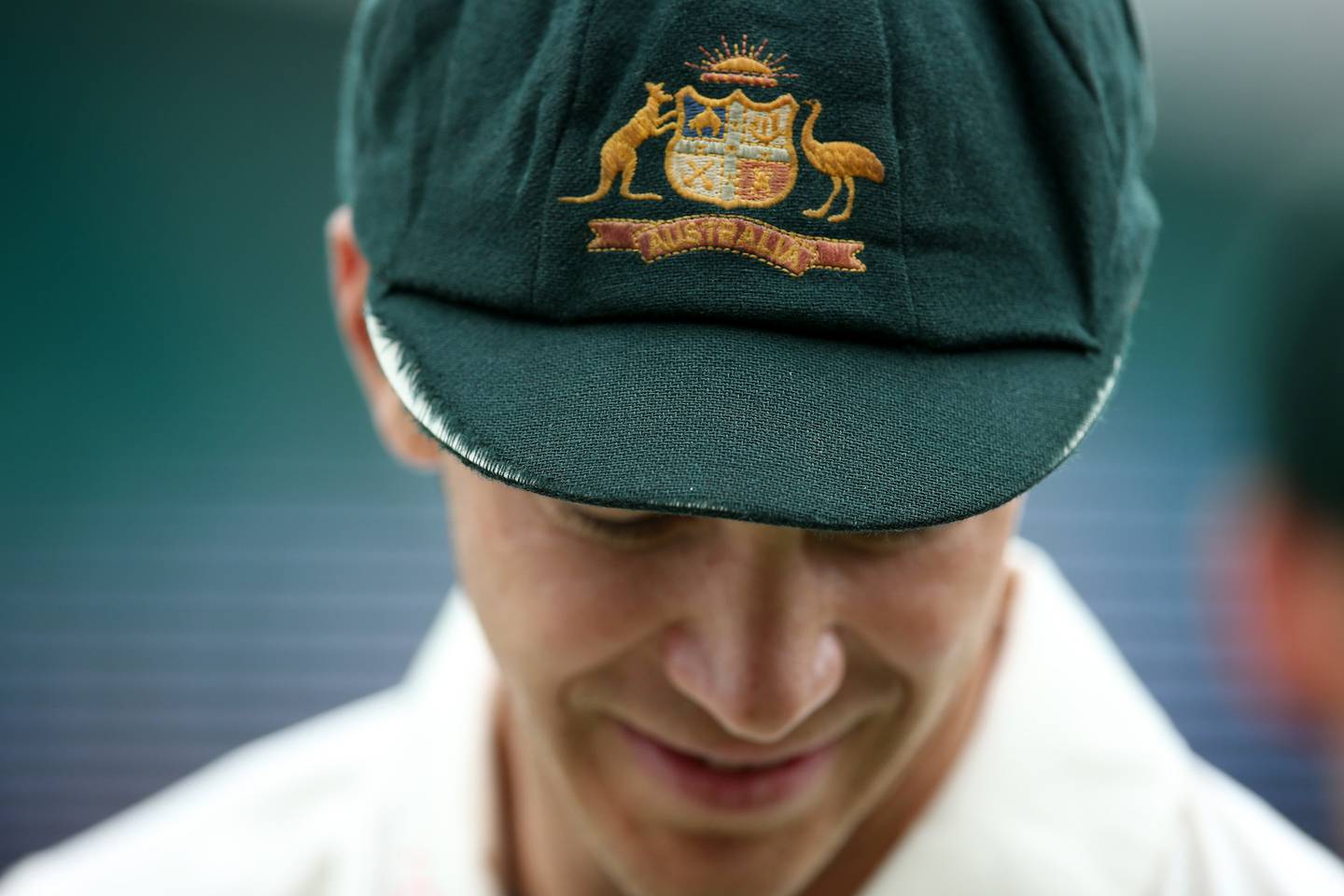 Paine said that "on reflection", his actions in 2017 did not meet the standard of an Australian cricket captain, or indeed "the wider community". Photo / Getty Images

Paine confirmed his resignation in an emotional press conference, describing the call to relinquish the captaincy — which he assumed after the ball-tampering saga in 2018 — as "an incredibly difficult decision, but the right one for me, my family and cricket".

"Nearly four years ago, I was involved in a text exchange with a then-colleague," Paine said.

"I have loved my role as captain of the Australian cricket team. It's been the greatest privilege of my sporting life to lead the Australian men's test team. I'm grateful for the support of my teammates and proud of what we've been able to achieve together. To them, I ask for their understanding and forgiveness.

"To Australian cricket fans — deeply sorry that my past behaviour has impacted our game on the eve of the Ashes. For the disappointment I have caused to fans and the entire cricket community, I apologise.