Australian cricket legend Shane Warne has opened up about his split from wife Simone Callahan and the strain of having his personal life play out so publicly during a raw segment on live TV.

Warne was speaking to fellow Fox Cricket commentator Mark Howard during a rain delay on day five of the fourth Ashes Test in Sydney when he spoke about his divorce and how it impacted his family amid the famous 2005 series against England in the UK.

"Getting divorced was a difficult time in my life and for my children — and it was my fault," Warne said on Fox Cricket's broadcast. "So, I have to live with that for the rest of my life so it wasn't easy.

"A week before the Ashes series to do that, and then have to drag myself off the canvas and get out there and play in 2005, play against a quality England side … to have the Barmy Army for six hours a day, not just 10 minutes, singing songs, singing 'Where's your missus gone?' 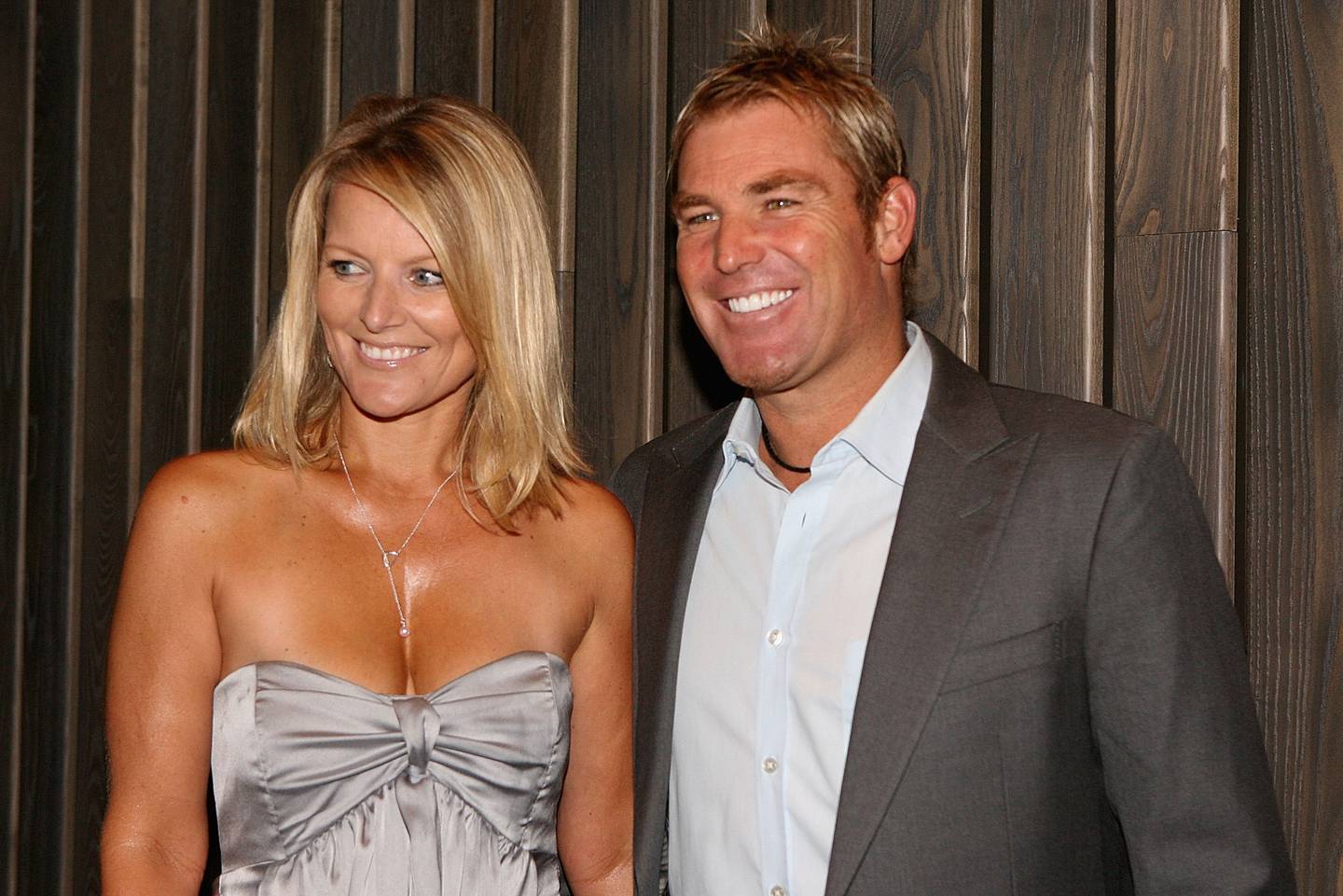 "Yeah, good on you mate, it was a pretty good song.

"I'm sitting there worrying about my children that I was hoping I was going to spend three months of the Ashes series with, but because of my own doing they had to turn around and find a flight [back to Australia] so I was pretty devastated with that.

"That was the lowest point in my life and then I had to go out and play an Ashes series so that was really tough."

Warne and Callahan married in 1995 and were together for 10 years. They have three children together: Jackson, Brooke and Summer.

Despite his personal struggles, Warne managed to perform incredibly at the 2005 Ashes - He took a staggering 40 wickets in five Tests and scored 249 runs.

The leg-spin legend was later involved in a high-profile relationship with British actress Liz Hurley between 2011–2013. He even proposed to her, but they broke up before making it down the aisle.

In his autobiography No Spin, Warne said there was "no single, clear reason" why their relationship ended in December 2013. But it's clear Hurley landing a lead role on TV series The Royals played a big part because of the time they spent apart.

"The more you're apart, the more you ask questions," Warne wrote in his book. "I got jumpy about the time Elizabeth still spent with Hugh Grant … He is her best friend but they saw each other more when I wasn't around so, well, you know."

Warne also spoke to Fox Cricket on Sunday about having to adjust to life in the spotlight – something he never expected when he first started playing cricket.

"My personal life has been played out on the front pages, back pages, women's magazines and I don't want that,'' Warne told Howard.

"Some people think I court that. The other day I was sitting on my balcony and I get papped with my shirt off … I said, 'Are you serious? I've got my big fat guts out on the balcony'.

"I resented it for a while, I understand it now, but to try and deal with it every single day might be hard to understand.

"When you grow up you think fame could be pretty cool. When I was 21, 22 years of age I had my first exposure to it. There's no school you can go to learn about it. You've just got to try and do your best to learn and deal with it."

A new documentary about Warne's life, called Shane, is in cinemas now and will be airing on Amazon Prime later this month.