When Ross Taylor was dismissed on the opening day of New Zealand's shock loss to Bangladesh, one of his biggest fans greeted him with a request.

"My younger daughter hasn't quite grasped the concept of five-day cricket," Taylor said. "When I got out the other day, she said, 'Come on, Dad, let's go home'."

After next week, when the Black Caps' two-test series against Bangladesh concludes, Adelaide - along with siblings Mackenzie and Jonty - will be seeing her father at home a lot more often.

Taylor will tomorrow morning don his whites for a record-equalling 112th and final time, concluding a 15-year test career at Hagley Oval in Christchurch. 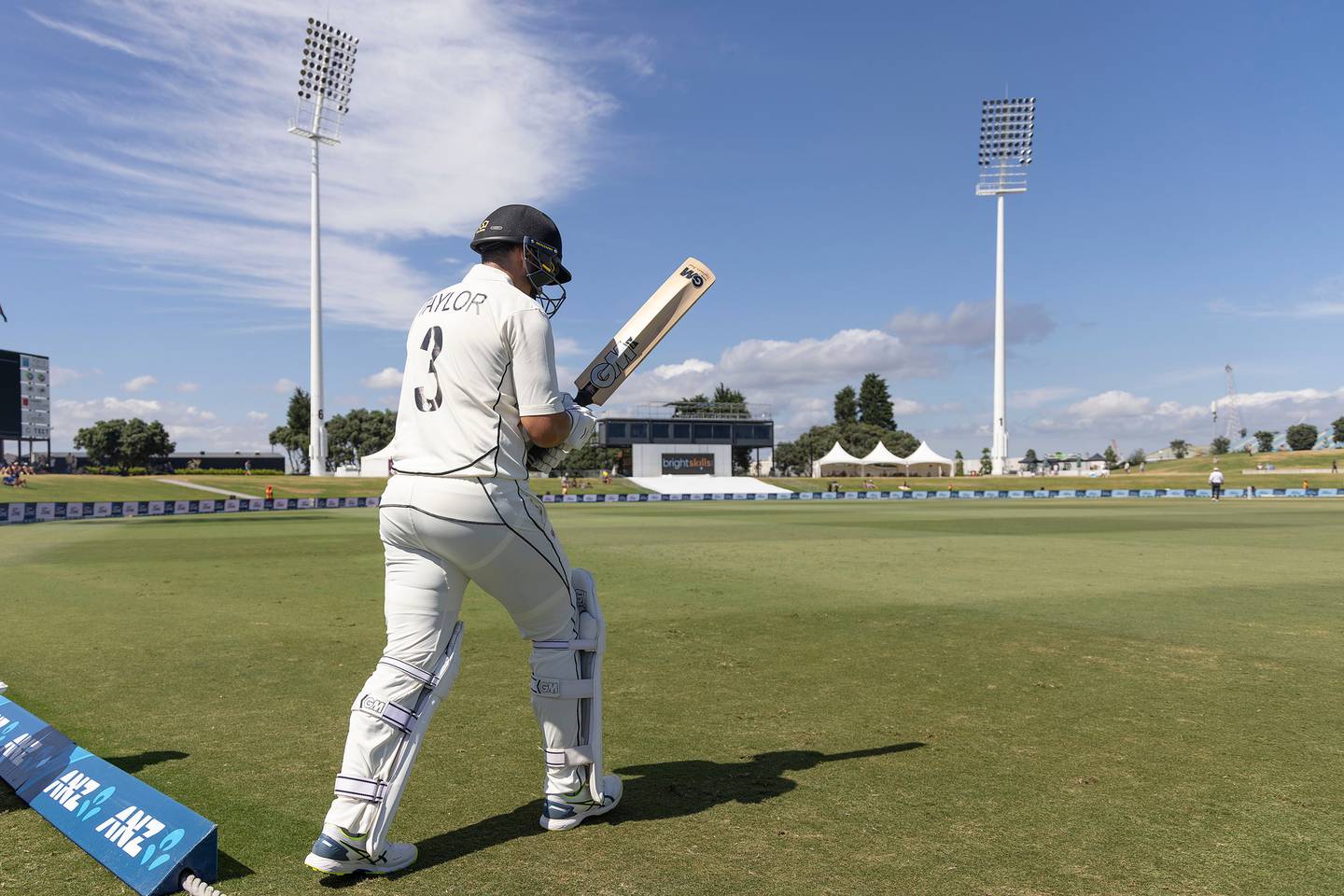 Ross Taylor is ready to step on to the field for his final test match. Photo / photosport.nz

The 37-year-old still has a few more outings to come in the black cap - set to play in ODI series away to Australia and home to the Netherlands - but this will be the last time his three children have to wait five days for their dad to return.

It's a format in which Taylor is New Zealand's all-time leading scorer, having racked up 7655 runs, and the Black Caps will want a fair few more as they attempt to save this series.

Which, ever the team man, was Taylor's chief focus as he looked ahead to his last hurrah.

"I flew in with Tim (Southee) and he asked me, 'Do you feel like it's your last game?' And it doesn't, I don't think. It hasn't really dawned on me just yet.

"But I suppose I've still got one-dayers to go – if it was my last game full stop, then it might feel a little bit different. But also, the context of the series as well, we're 1-0 down with all to play for."

The comprehensive defeat that produced that score line came at the venue where Taylor said his side were still learning how to play.

But unlike Mount Maunganui, a traditionally grassy Hagley Oval wicket that offers bounce and carry for the full five days is much more suited to these Black Caps.

"We expected the [Bay Oval] wicket to play slightly differently than it did," Taylor said. "That was our third test and we've had to work hard for the two wins we have had there.

"I'm sure the bowlers will be licking their lips [about Hagley Oval], and us batters need to apply ourselves better than we did.

"It's a ground where we know how we're going to play and where we've had a lot of success."

Indeed, New Zealand have triumphed in six of eight tests in Christchurch since 2014, with a seven-wicket win over India in 2020 the closest margin of victory.

That dominance makes it an ideal place for the world test champions to bounce back and level the series which, with plenty of friends and family in attendance, would be the only appropriate way for Taylor to bid farewell.

"They've been a big part of my career," he said of his family. "We've got a lot of young kids around the side and I'm fortunate that my kids are a bit older and have been able to see me play and watch me go through the ups and downs.

"There's aspects that I won't miss, but 100 per cent there's going to be elements I will. But all good things have to come to an end and I'm looking forward to the next chapter."