After 21 painful years, Bangladesh have finally tasted victory in New Zealand, in one of the most stunning upsets in test cricket history.

Ever since 2001, a Bangladesh tour of New Zealand has ended with the same glum feeling on the trip home. 32 times Bangladesh set foot on a New Zealand ground, and 32 times they walked off defeated.

An eight-wicket win over the Black Caps in Mount Maunganui will go down as one of the greatest moments in Bangladesh cricket history, and it's exactly what they deserved.

Dominant throughout the test, Bangladesh continued their stunning performance on day five, claiming victory before lunch as they wrapped up the New Zealand tail with five wickets for 22 runs, before knocking off their fourth-innings target of 40 to claim a historic triumph. Bangladesh celebrate during their stunning victory over the Black Caps. Photo / Getty

It's just their sixth test victory away from home, the previous five being two scalps against the West Indies, two over Zimbabwe and one against Sri Lanka.

This will be sweeter than all of them – a triumph over the world test champions; a team who had gone 17 games unbeaten at home, including crushing wins over India, England and Pakistan.

And yet, that towering test team – the best New Zealand has produced – came undone against a side who had only beaten Zimbabwe in their last 14 tests.

This was never meant to happen. 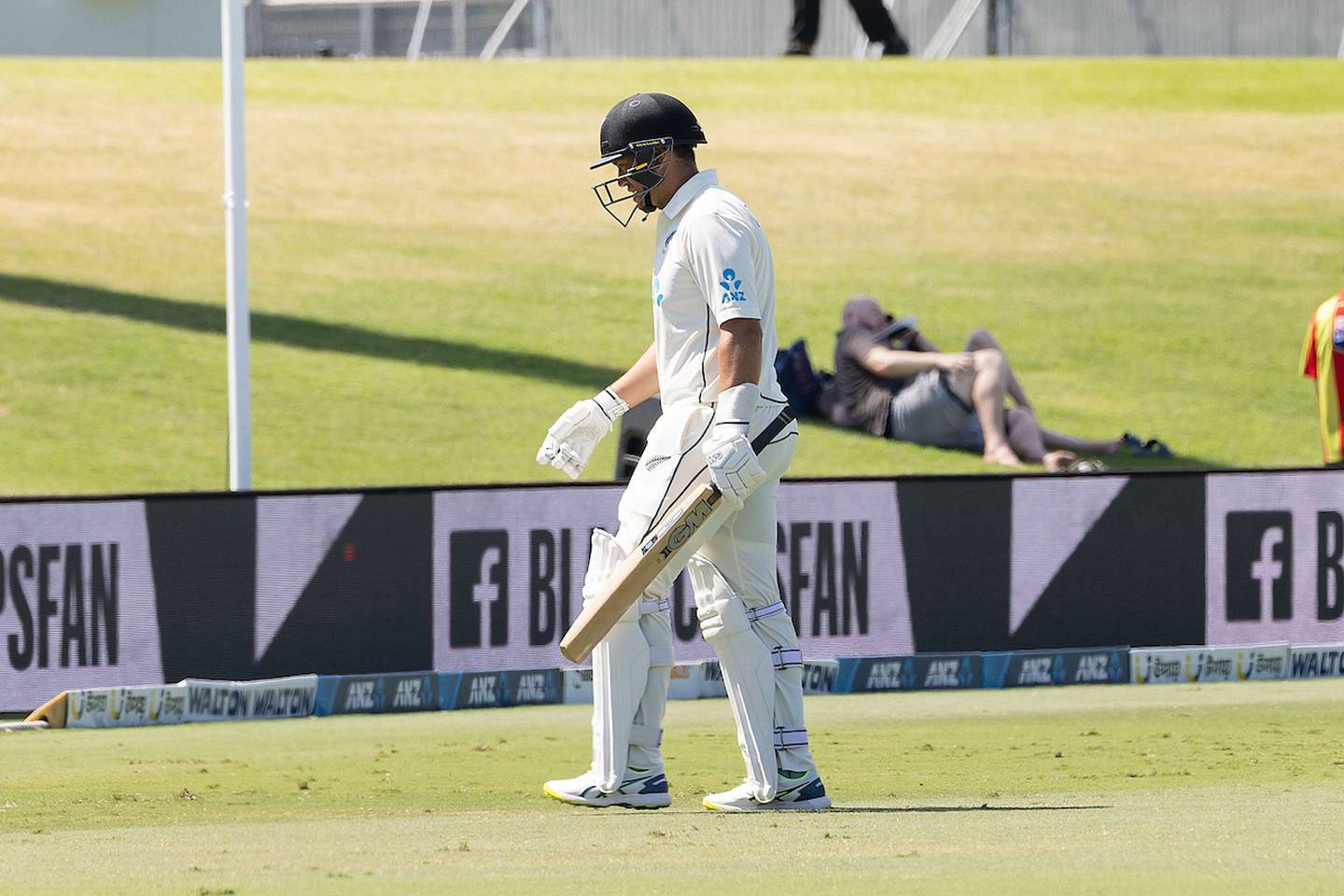 A month ago, Bangladesh were walloped at home by Pakistan, including a dismal second-test defeat where they were rolled for 87 in the first innings. None of their young batsmen made runs, and they were promptly installed as $21 outsiders to beat New Zealand.

Then they got to Mount Maunganui, and those young batsmen who looked so overwhelmed at home looked so assured away. With only one player over 30 in their XI, and seven 26 or under, perhaps coach Russell Domingo was right when he optimistically proclaimed that his players would be lacking the mental scars accrued by veterans of many defeats in Aotearoa.

Those players made the Black Caps bowlers toil in the field for 176.2 overs, making the Bay Oval wicket look like a road - a batsmen's paradise, incapable of assistance for bowlers.

Those players then made the Black Caps batsmen look like fools, destroying the hosts for 169 and proving that no, the wicket was not to be blamed – the players were.

From the relative confidence of 136-2 late on day four, the Black Caps collapsed. Resuming on day five at 147-5, there was no resistance. Ross Taylor was bowled in the second over of the day, Kyle Jamieson caught in the fourth, Rachin Ravindra nicked off in the fifth, Tim Southee was yorked in the seventh and Trent Boult holed out in the 11th.

Ebadot Hossain, a man who came into the test with a bowling average of 81.5, ended with 6-46, each wicket accompanied by the Bangladesh Air Force member's trademark salute. 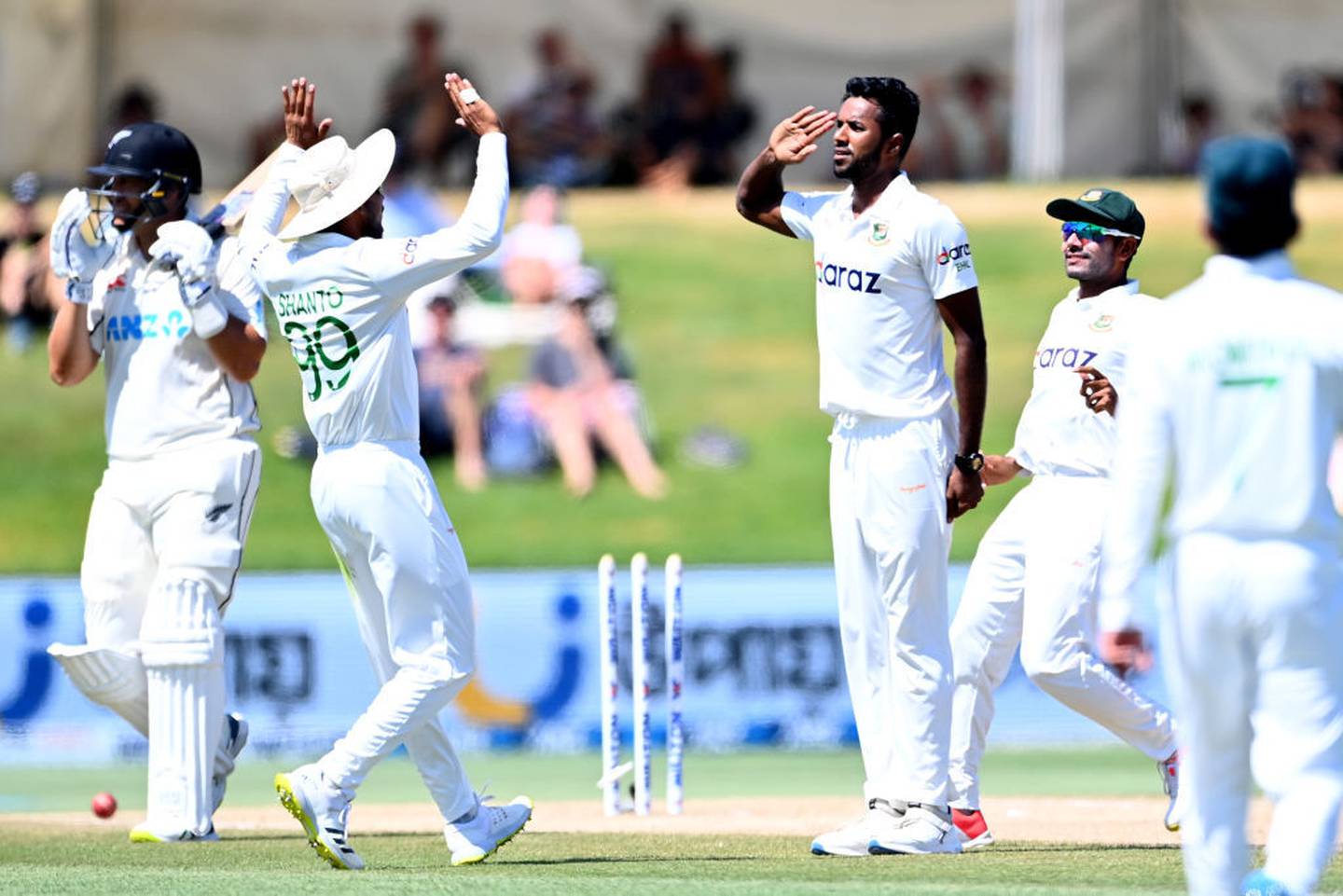 His efforts – the second-best figures by a Bangladeshi seamer - left his batsmen just 40 runs to make history.

Their unbeaten run is over, their fear factor at home is greatly diminished, and their World Test Championship defence is in tatters.

Sure, there's every chance their conquered seam bowling attack, egos bruised and angry for revenge, storm back and skittle Bangladesh on a green wicket in the second test at Christchurch's Hagley Oval.

But that will hardly matter – after years of toil, this moment belongs to the visitors, and Ebadot's celebration was a worthy way to signal the monumental result that has taken place.