Black Caps spinner Ajaz Patel is auctioning one of the playing shirts he wore in the game in which he became the first New Zealand player to take all 10 wickets in a test innings.

In December against India in Mumbai, Patel became just the third bowler in the history of the game to achieve the feat, taking all 10 opposition wickets with figures of 10-119.

The previous best by a New Zealand bowler was Sir Richard Hadlee's 9-52 against Australia in 1985.

England's Jim Laker and India's Anil Kumble are the only other bowlers to have taken 10 wickets in a test innings. 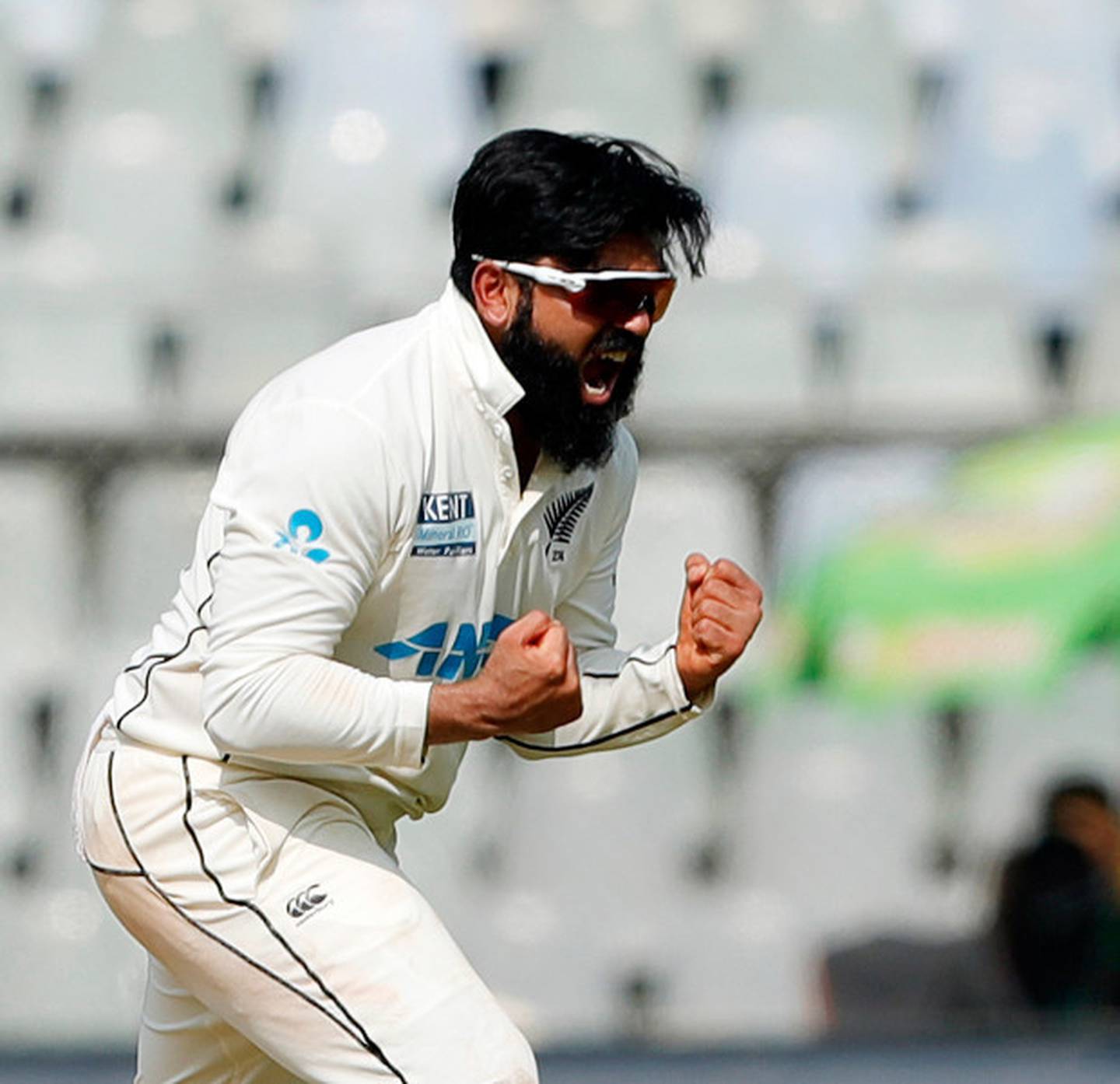 Ajaz Patel celebrates one of his 10 wickets against India in 2021. Photo / Photosport

The proceeds from the Trade Me auction will go to the Starship Foundation.

The auction note says the proceeds will help fund a Play Specialist for the Starship Radiology Department.

A Play Specialist helps children and their families prepare for difficult or complex procedures like MRI scans, often helping the child cope without the need for a general anaesthetic.

Patel told Stuff that his daughter spent time in Starship Hospital in 2021 and he wanted to give back to a place he described as "amazing".

The shirt, with Ajaz's Black Cap #274 embroidered on the front, is signed by every member of the playing squad.

The frame also features a scorecard, plaque, and photo commemorating the achievement.

With just over five days left to run in the auction, Patel has already raised over $18,000.