All Blacks management and Sanzaar officials have been dealt another problem with the closure of automatic entry to incoming New Zealand travellers arriving into Australia.

Australia has suspended quarantine free travel from New Zealand until at least next Monday.

Any person flying from New Zealand to Australia will need to undergo 14 days in hotel quarantine. The pause is set to be reviewed in the next 24 hours.

That comes after Perth - the All Blacks' destination for the third Bledisloe Cup test next week - paused their arrangement with New Zealand yesterday.

The Western Australian government on Wednesday announced travellers from New Zealand would be required to self-quarantine for 14 days.

The All Blacks are due to depart for Perth on Sunday and were set to face Australia at the Optus Stadium next Saturday after securing the Bledisloe Cup for a 19th straight year with their 57-22 victory at Eden Park at the weekend.

The recent outbreak of Covid-19 has, however, threatened to derail plans for the match with the Western Australian government confirming that New Zealand has moved from a "very low risk" to a "low risk" jurisdiction.

That means New Zealanders arriving in the state must self-quarantine for 14 days and it is unclear whether any exemptions will be considered.

West Australian Premier Mark McGowan was uncertain whether the game would go ahead.

"We are not sure,'' McGowan said when asked about the status of the test.

"Maybe we have to work out some arrangement, or there may be a bubble, or they just have comply with the rules that exist for everybody else.

"It's a moving situation and it would be disappointing for rugby fans if we are forced to cancel the game, but that is the nature of the world we live in."

McGowan also said it was unlikely that other Rugby Championship matches would be held in Perth, as had been suggested.

"I think it would be unlikely, it's not our No 1 priority.''

New Zealand moved into a nationwide lockdown on Tuesday night following a positive Covid-19 case in the community. Six more cases, all with links to a 58-year-old tradesman from Devonport on Auckland's North Shore, have since been confirmed - all of them the highly transmissible Delta variant.

New Zealand Rugby has been approached for comment on the WA announcement. 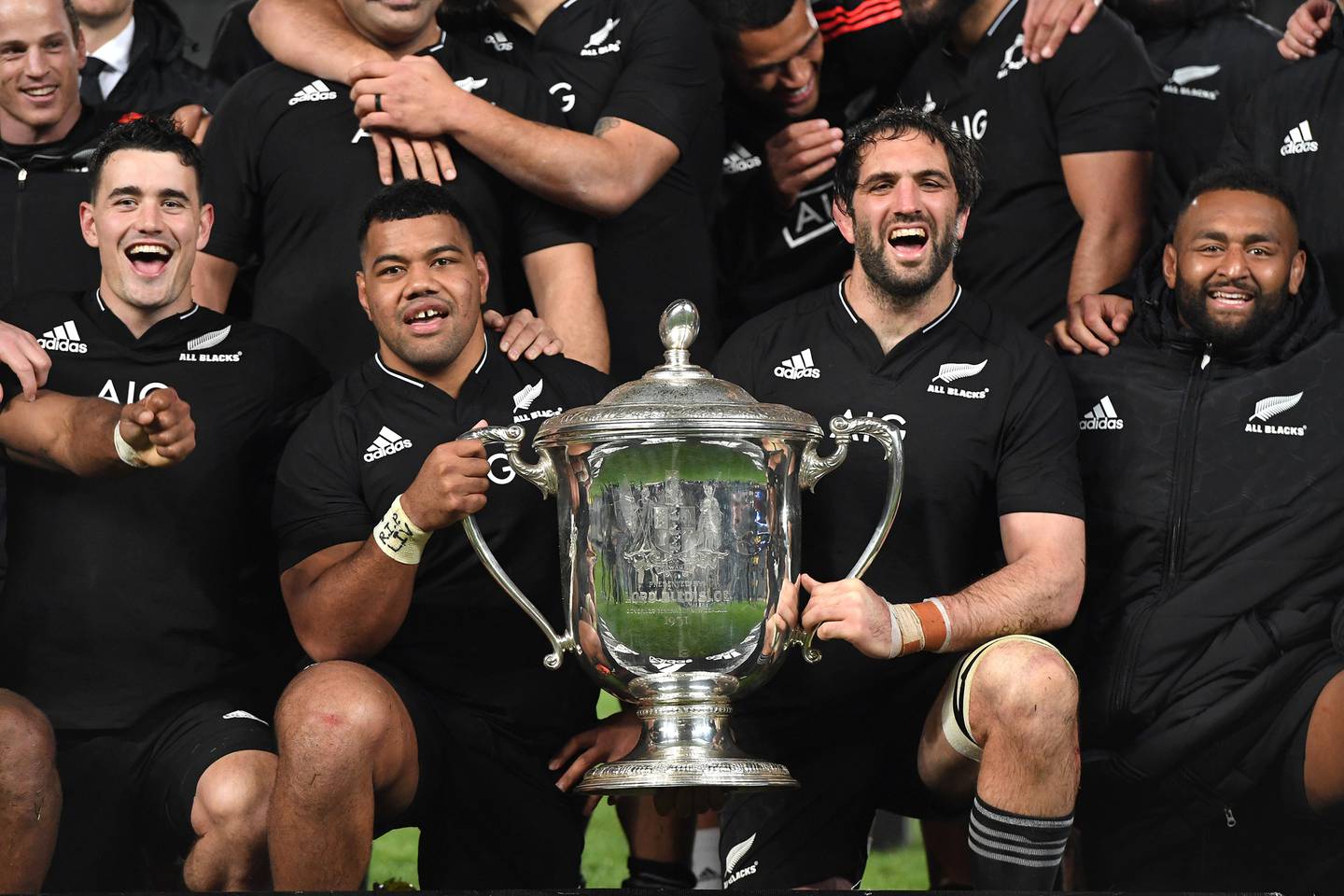 The All Blacks secured the Bledisloe Cup for a 19th straight year with victory at Eden Park. Photo / Photosport

Earlier on Wednesday, the organisation confirmed the next rounds of the NPC, Farah Palmer Cup and Heartland Championship will be rescheduled with no community rugby to be played this weekend.

In a statement, NZR said provincial unions and their local organising bodies will determine whether those matches are cancelled or postponed.

New Zealand Rugby general manager of community rugby Steve Lancaster said the decision had been made in consultation with provincial unions and the Players' Association in the interests of wider public safety due to the latest Covid-19 community outbreak.

"Although it could be possible to play competitions and matches outside of Auckland and Coromandel if the Covid alert levels fell to Level 2 before Saturday, with Level 4 restrictions not being lifted until midnight Friday at the earliest, we believe the responsible decision is to make an early call and keep people away from our fields and venues this weekend.

"We understand this decision will be disappointing for some of our stakeholders but [we] are confident the rugby community will once again act in unity to play our part in keeping Aotearoa safe."

Lancaster said NZR would review the status of all competitions beyond this weekend after the Government's next lockdown update on Friday.