The morning track cycling session at the Commonwealth Games was abandoned after a horrific crash.

Olympic champion cyclist Matt Walls and his bike were launched into the crowd in a devastating incident that brought down several riders, including New Zealand's George Jackson, in a sickening scene during the men's 15km scratch race qualifying at the Lee Valley Velodrome in London.

Medical staff rushed to the area and were seen treating Walls and spectators in the crowd.

Walls, who won omnium gold in Tokyo last year, was taken to hospital but was alert and talking, while Isle of Man rider Matt Bostock was taken away on a stretcher and Canadian rider Derek Gee also needed attention.

It was reported one spectator was covered in blood as a result of the incident.

Inside The Games reporter Michael Houston wrote on Twitter there were "lots of distraught people".

The session was abandoned moments later with one more event still scheduled. Officials then began to clear spectators out of the stadium. 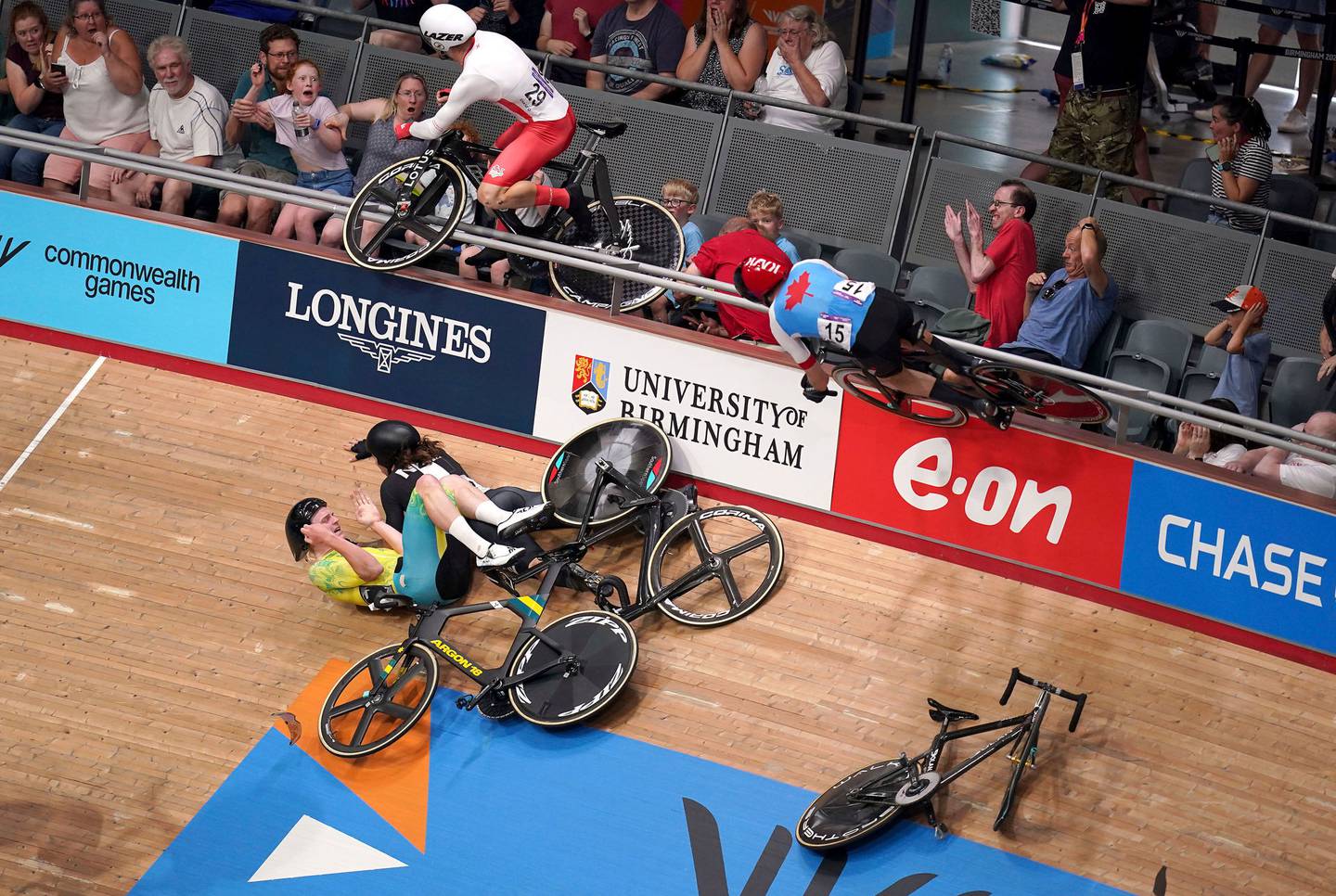 Matt Walls crashes into the crowd at the velodrome. Photo / AP

The Isle of Man Commonwealth Games team later confirmed Bostock had been taken to hospital, while the England team provided promising news for Walls.

"Matt is alert and talking – as he has been throughout – and is being given medical attention in hospital."

A Commonwealth Games spokesperson confirmed three cyclists - Walls, Bostock and Gee - were taken to hospital, but said the spectators treated did not require hospital treatment.

New Zealander Jackson, who went down in the crash but avoided the worst of the injuries, was able to get back on the bike and finish the race to, health permitting, advance to the final alongside fellow Kiwis Campbell Stewart and Corbin Strong.

After the early finish to the morning session, the afternoon session continued as planned.