Hamish Kerr has continued to blaze a trail for Kiwi sport as he won the Commonwealth Games high jump gold medal in Birmingham.

With Maddi Wesche claiming bronze in the shot put, it was a fine morning (NZ time) for the Kiwi athletes.

New Zealand already has a famous tradition in women's shot put. The Great Vals - Adams and Young - have won three Commonwealth golds each. 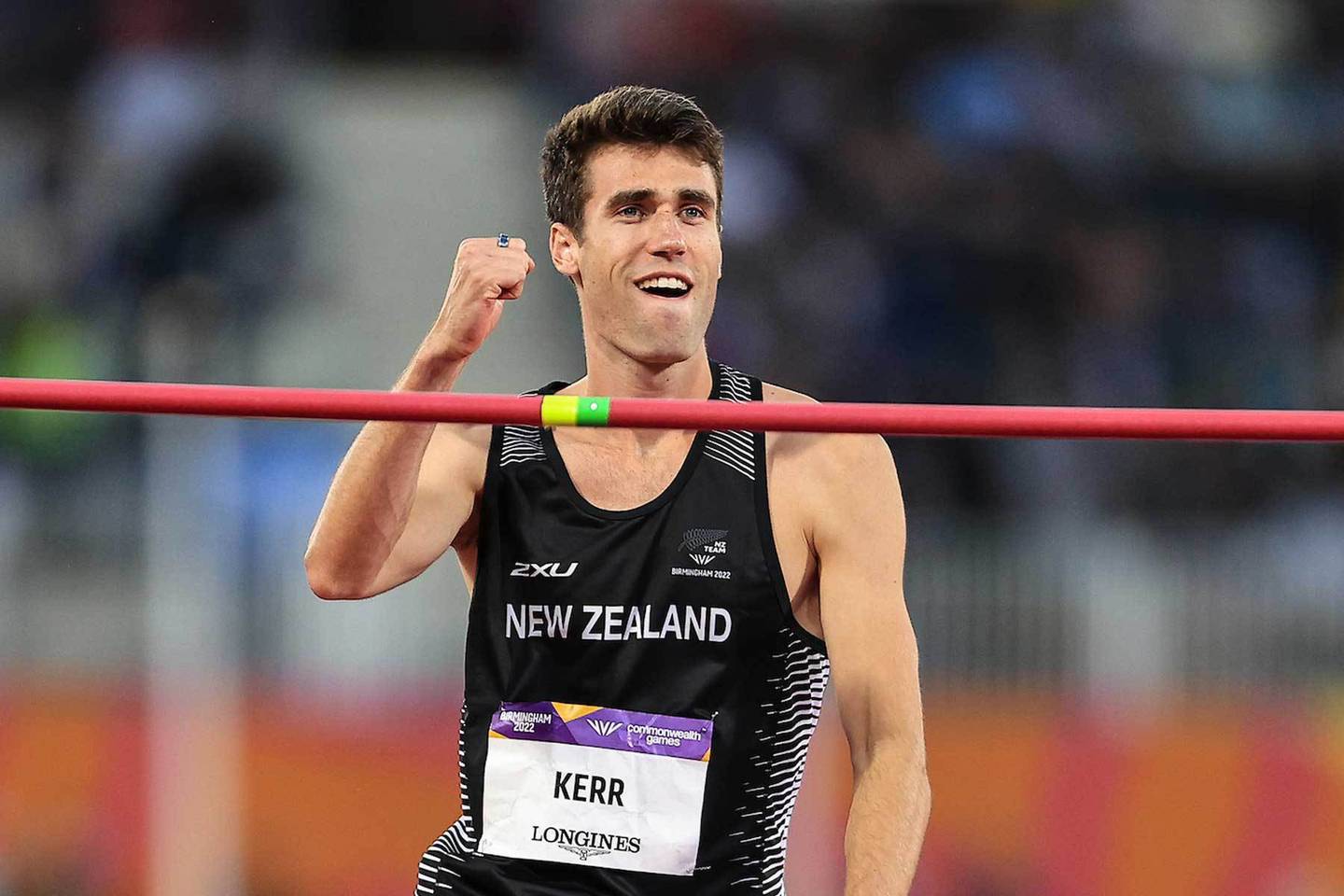 But men's high jump is another matter.

Aucklander Kerr made history by winning the indoor bronze medal this year, a great sign since he had been remodelling his technique since the Japan Olympics where he made the final.

That bronze in Belgrade was New Zealand's first men's high jump medal on the world stage.

The Commonwealth Games cupboard was also bare until today.

Kerr - who is based in Christchurch - ended up in a head-to-head battle with Australian Brandon Starc, the 2018 gold medal winner.

Both cleared 2.25m and failed at 2.28m, but Starc had earlier failures at lower heights whereas Kerr had been clear.

Auckland's Wesche - who confirmed her potential with a sixth placing at the Olympics - jumped to an early lead but could not improve on her initial 18.84m throw.

She was overtaken by Jamaica's Danniel Thomas-Dodd, before Canada's Sarah Mitton - probably the favourite - blew past them with her final 19.03 throw.