Ajla Tomljanovic has progressed to the quarter-finals of a grand slam for the first time after British teenager Emma Raducanu retired for medical reasons in the second set of their round of 16 clash on Tuesday morning.

Tomljanovic won the first set 6-4 and was up 3-0 in the second when her 18-year-old opponent called for a trainer at the change of ends.

Commentators speculated Raducanu was hyperventilating, as the medico told her: "Nice slow breaths, that's it.

"Take deep breathes, you can do it, you're OK."

The teenager was clearly in a lot of discomfort and left the court with the trainer to receive medical attention. However, she never returned and was forced to retire.

It means Tomljanovic will play fellow Australian Ash Barty for a spot in the semi-finals, after the Queenslander beat Barbora Krejcikova in straight sets earlier in the day. 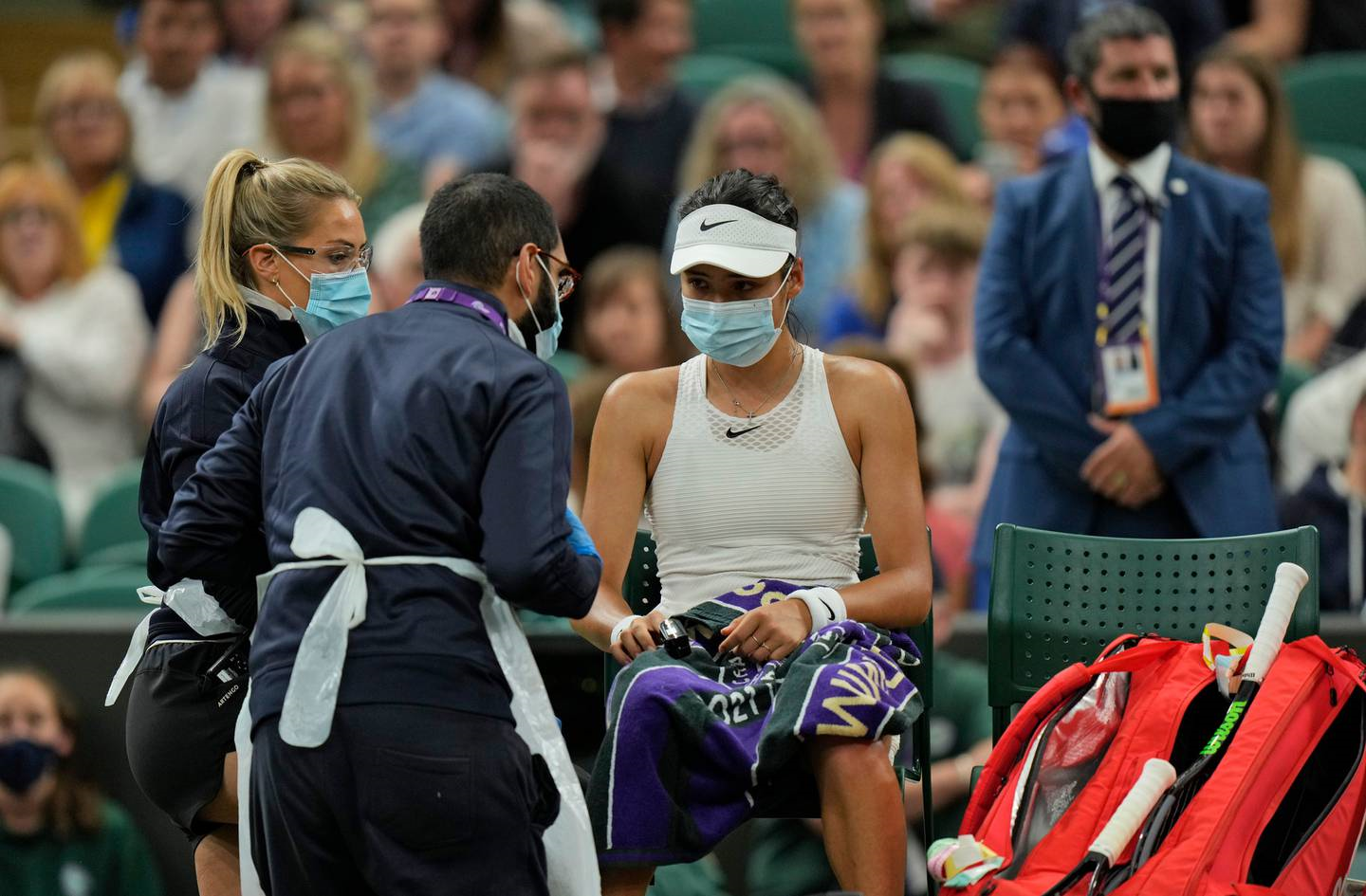 Tomljanovic said during her on-court interview she was "shocked" at the way the match ended, and hopes Raducanu is OK.

"I'm kind of shocked. I'm really sorry for her. I wish we could have finished it. It's sport, it happens. I wish her all the best," she said.

Everyone in Britain has fallen in love with Raducanu. She played her first match on the main WTA Tour just four weeks ago and went into Wimbledon as the lowest-ranked British player, earning a last-minute wildcard entry into the main draw of a grand slam for the first time.

But incredibly, she entered the tournament's second week as the only remaining Brit. After defeating Czech star Marketa Vondrousova 6-2 6-4 on Friday, Raducanu became the youngest British woman to reach the third round of Wimbledon since Elena Baltacha achieved the feat in 2002.

But the best was yet to come, with the teen toppling Romania's Sorana Cirstea in straight sets to become the youngest British woman to reach the last 16 since Christine Truman in 1959.

Raducanu was No. 338 on the WTA rankings ahead of her maiden major tournament, but has shot up into the top 200.

Before Wimbledon, she had never faced a top 100 opponent.