Jerome Pampellone is striking while the iron is hot.

The 25-year-old hasn't wasted any time in establishing himself on the local boxing scene. After amassing a 32-7 record at the amateur level, the Auckland light heavyweight has quickly put together 11 wins on the professional circuit since his debut in late 2020.

Earlier this month, Pampellone put on a clinic over 12 rounds against Lucas Miller in his debut on Australian soil, introducing himself to a new audience.

Now, he's looking to build on the back of it.

"I'm looking to be as active as I can, hopefully go back to Australia again, but it's going to be a real active year for me. I want to put myself out there and let everyone know who I am," Pampellone told the Herald.

While he might have been hoping to earn a stoppage against Miller, Pampellone gained valuable time in the ring, and particularly in late rounds of a fight. What was pleasing was how he handled himself in the bout, throwing with power for the entire 12 rounds and maintaining his output after a fast start.

With one fight under his belt this year in his win over Miller, Pampellone will look to continue his momentum when he moves up to fight battle-tested cruiserweight Nik Charalampous (20-5). The two will meet in the headline bout of the Podis Boxing fight night at Auckland Museum on May 20, with Charalampous replacing John Parker in the headline spot.

Initially planned for a 2021 meeting but delayed several times due to Covid-19, Pampellone and Parker – both promising, unbeaten prospects – were scheduled to fight for the New Zealand light heavyweight title. However, Parker withdrew due to a lack of preparation.

Promoter Nick Randell of Podis Boxing is hopeful of that fight still being a possibility later in the year, however Pampellone's coach Isaac Peach of Auckland's Peach Boxing felt Parker had missed his chance.

"John Parker will never fight Jerome; it's done," Peach said. "We're not going back to John Parker. The fight is now and he doesn't want the fight so it won't happen. The result won't change; John's just dodging it.

"It's good publicity and it can happen now, but where I want Jerome by the end of the year, John Parker's not even in the equation." 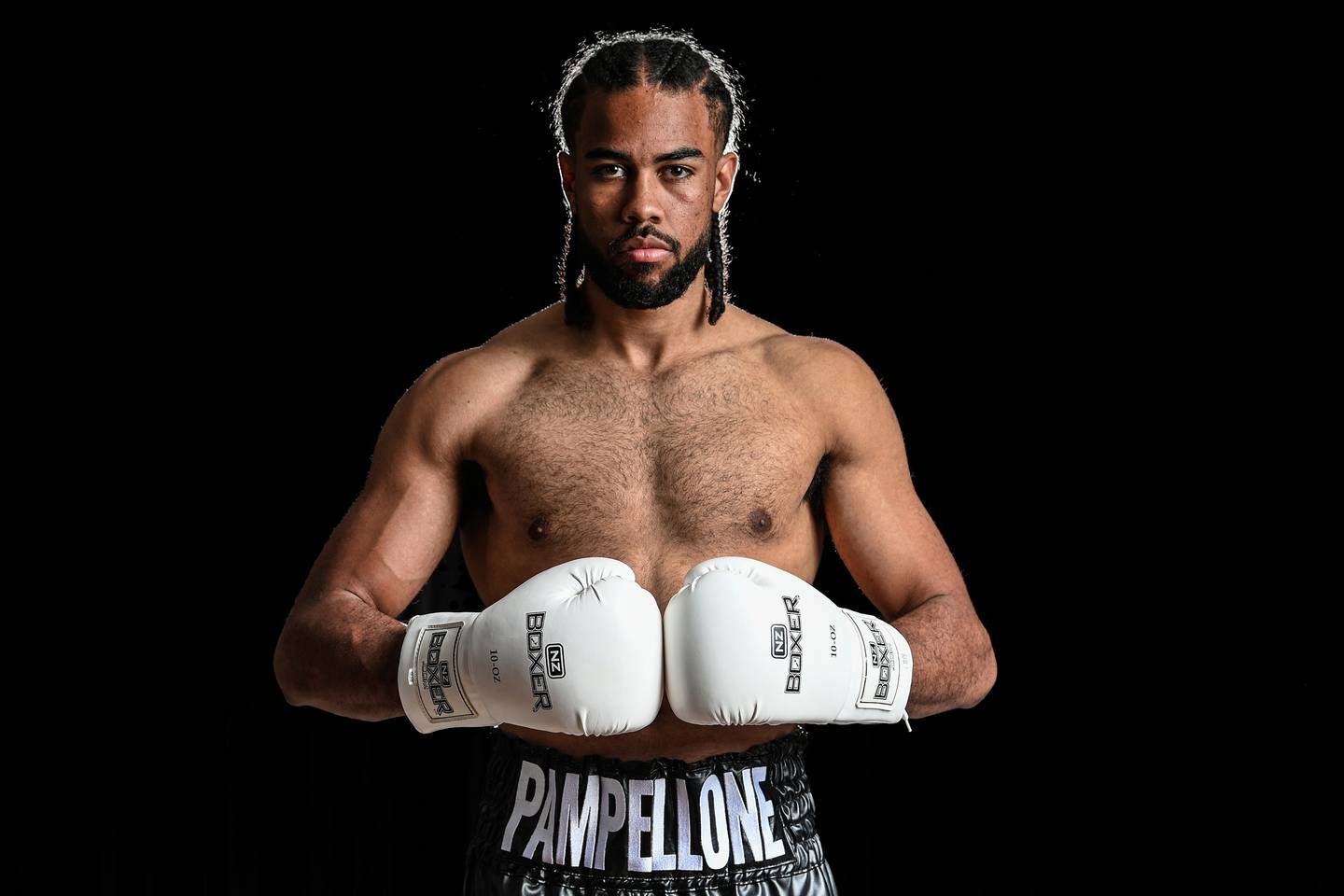 Charalampous poses a big test for Pampellone, and one both fighter and coach are excited by. The cruiserweight limit (90.7kg) is about 12kg above the light heavyweight mark Pampellone hit against Miller (78.9kg), and Charalampous has an impressive strength of schedule, being four fights removed from going the distance against current IBF world title contender Jai Opetaia.

Pampellone said he had no issue with stepping in against a bigger opponent as he spars weekly with top Kiwi cruiserweight David Light – who himself returns to the ring after about 18 months on the sidelines in two weeks' time – and said he would be coming in comfortable.

"I was excited, man," Pampellone said of the change in opponent. "He's an experienced fighter, he's fought many good people and gone the rounds with them. To have the chance to fight him, I was happy to take it to show, again, my boxing skills.

"I train hard and train with bigger boys myself, like David Light. So, I have that experience sparring with the bigger boys. But it's a fight, so I'm just going to go in at a good, strong weight and I can't wait."