Eddie Hearn has one simple question for Sonny Bill Williams – what do you want from the sport?

The former All Blacks and Kiwis star returned to professional boxing in 2021 after six years away from the ring, and has shown his intentions in pursuing the sport by linking up with Andy Lee and Tyson Fury in the UK for his most recent camp.

A massive name in the sporting world, the 36-year-old said focusing on boxing fulltime for the first time would be the final chapter of his sporting career in the lead up to his demolition job of Barry Hall in March.

That performance caught the eye of many, including Hearn, and social media star turned boxer Jake Paul, who recently called Williams out.

While in New York this week ahead of the undisputed lightweight title fight between Katie Taylor and Amanda Serrano, Hearn caught up with Paul and asked him about the fight, and confirmed it was something Paul was serious about – despite the size differences.

"I think Jake likes it because it's an international fight; and how good is Sonny Bill Williams? Andy Lee has done a great job, but there's the conversation or debate of is he a fighter or is he a rugby player," Hearn said.

"He's certainly putting the time and effort in, and it was a great performance last time out, but I guess the fight is to make Sonny Bill versus [Paul] Gallen. That's the fight for Down Under. But if that can't get made – I know Gallen has a fight coming up – maybe the Jake Paul fight is one we could have some fun with." 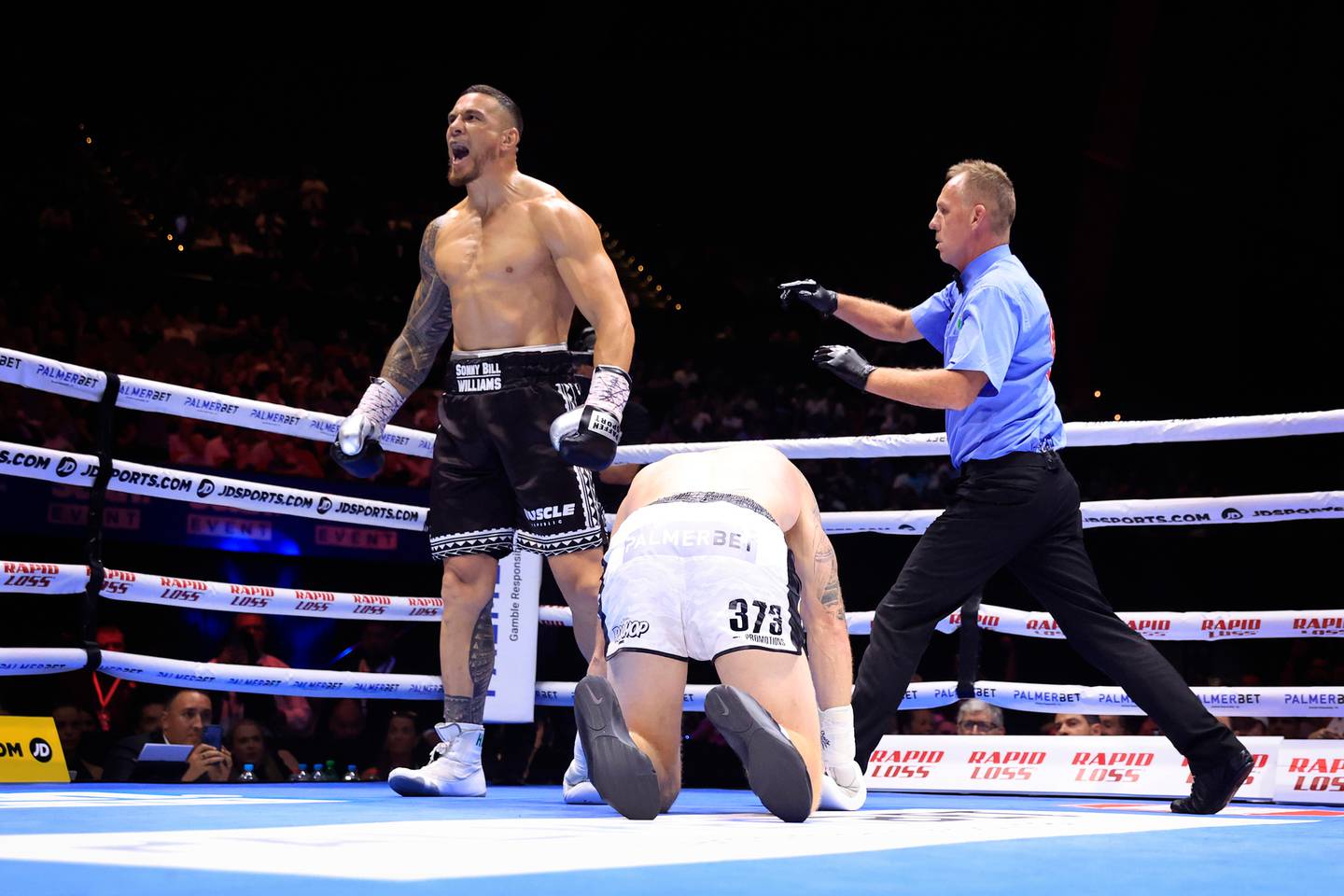 Sonny Bill Williams stopped Barry Hall in the first round of their bout in March. Photo / Photosport

Hearn has been working to book a fight between Williams and Gallen for some time, but admitted it was a slow process given his Matchroom Boxing promotion didn't represent either fighter.

While that would be a major fight to book for DAZN's debut show Down Under – expected to be in Australia in September – Hearn said it wasn't the only name he had in mind for an opponent for Williams.

Rising Australian heavyweight Demsey McKean, who is signed with Matchroom, could be another option for Williams, with Hearn confirming he has reached out to Lee about the potential of that bout.

McKean is currently ranked No 10 in the world by both the World Boxing Organisation and International Boxing Federation, and would be a big step up in competition for Williams. While Hearn said he had little interest in booking a fight between McKean and unranked Australian Justis Huni, he would be open to a clash with Williams – despite him being far from a top ranked fighter.

"Sonny is in a bit of a tough spot now where he might have to start taking real fights against proper opposition," Hearn said.