With a chance to break into the world's top 15 middleweight boxers, Andrei Mikhailovich was ready for his moment.

In the past couple of years, the 23-year-old has taken every opportunity and made a name for himself in the last couple of years through his damaging performances in the ring and his ability on the microphone.

After two first-round knockout wins in as many trips to Australia, the Russian-born Mikhailovich, who trains out of Auckland's Peach Boxing gym, faced his most stern test yet in awkward Venezuelan Ernesto Espana. While Espana was 17 years Mikhailovich's senior, his 32-3-1 record showed he wasn't to be taken lightly.

And with the IBF Pan Pacific and WBO Global middleweight titles on the line, as well as a place in the WBO and IBF top 15, he picked his shot perfectly.

Mikhailovich claimed a third-round TKO victory over Espana in Brisbane to improve his record to 18-0 - figuring out the awkward style of the rangy Venezuelan through two rounds, before stinging him with a few heavy right hands in the third.

"The Russian hammer landed tonight," he said during his in-ring interview.

"I know it's hard to talk about Russia right now but, for me as a Russian who lives in New Zealand, I have love for all of you. No matter creed, colour, race – remember it's all about love in this world, not about hate."

Mikhailovich has had highlight-reel knockouts in the past, but what was most impressive about how he put Espana away was his lack of complacency, as how receptive he was to the instructions of his head coach Isaac Peach who, between the second and third rounds, asked his fighter to sit on his punches. 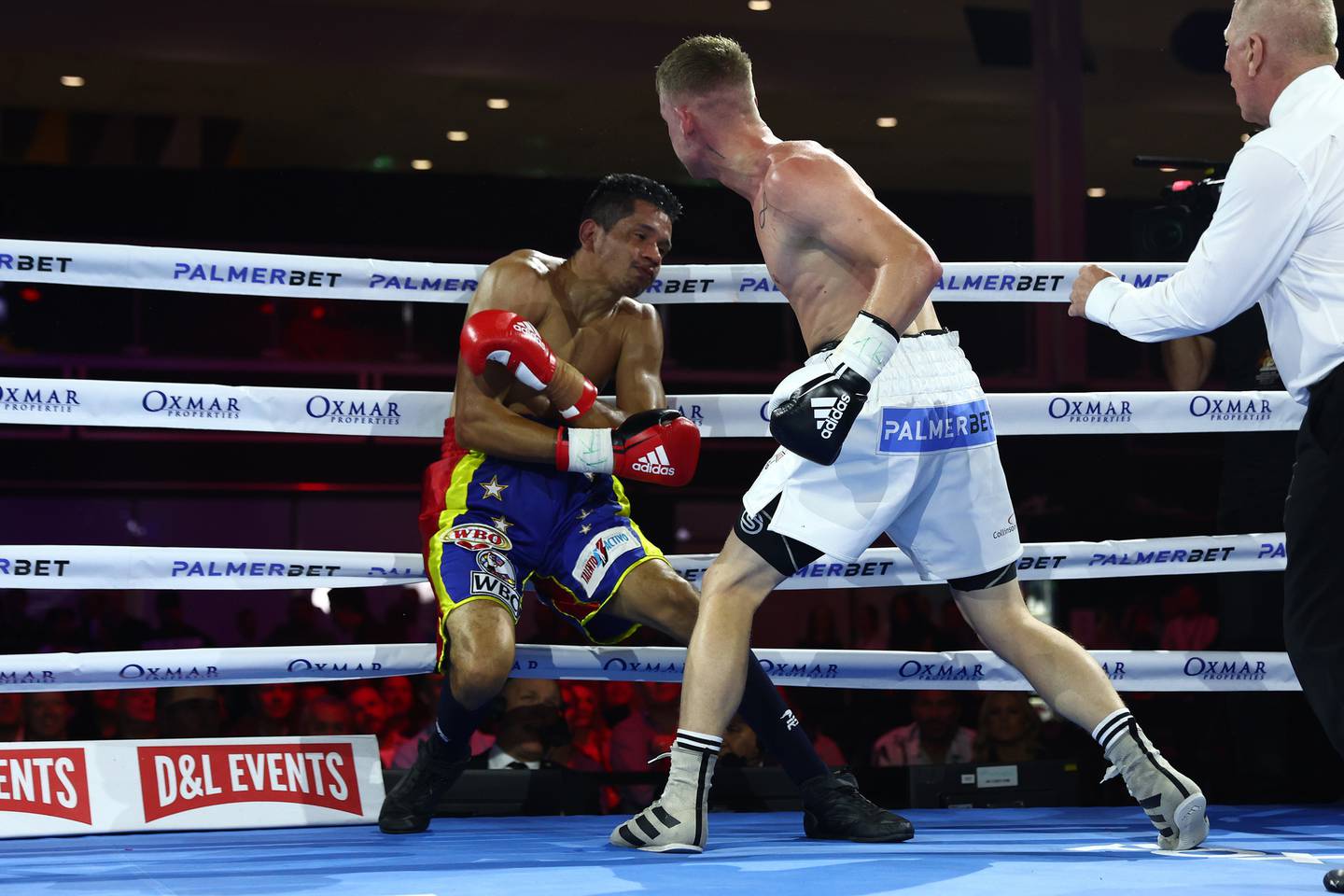 Early in the fight, Mikhailovich took some time to get a read on Espana, who had a very unorthodox and messy style in how he threw his right hand. "I've never seen a worse right hand in my life. That is crazy," Australian boxing legend Jeff Fenech said in commentary.

But once he got a feeling for how his opponent played the game, Mikhailovich ramped things up; mixing up his attacks and showing good head movement on the defensive. He began to land more meaningful shots in the second round, and in the third landed a heavy right hand that looked to have Espana going to the canvas. Mikhailovich went to turn away but, after seeing Espana stayed upright, launched into another right hand – no set up, just brute power from the hip – and landed it on the chin of Espana to finish the job. It is expected the win will see Mikhailovich top-15 ranked by both the WBO and IBF next week as a result.

"It's a 10 round fight. You've got 10 rounds to figure out what's happening - and I only need one good punch, as you can see.

"I got told to call out people tonight," he added, "but to be honest, I want to make this about myself. I deserve this moment. I'm not a world champion, but I feel like a king."

When prompted, Mikhailovich said he would like to fight top-ranked Australian Michael Zerafa next. That may be a step too far as Zerafa is ranked top 15 with three of the four governing bodies – including No2 with the IBF and No4 with the WBA.

In the immediate future, Mikhailovich will turn his attention to Francis Waitai – who also fought on Wednesday night's card in Brisbane but was handed a majority decision loss.

The pair are scheduled to square off as part of the Fight For Life fight night in Auckland in late July.