Wallabies coach Dave Rennie has confirmed his team will not take a knee before kick-off in the third Bledisloe Cup test against the All Blacks next weekend.

Reports out of Australia suggested the team was strongly considering the move. Such an action would mirror what was seen across the world, predominantly in the United States, as part of the Black Lives Matter movement.

It has met differing views from across the ditch with former Australian captain Nick Farr-Jones believing it could turn fans away from an already struggling game, while former Wallaby Peter FitzSimons told Newstalk ZB's Heather du Plessis-Allan he loves the idea.

But Rennie says there was a unanimous decision not to kneel after meetings with leaders and the playing group.

"The key thing is this is about honouring our indigenous people and we want the focus to be on that," he adds. "Everyone's got their own opinions around the situation, but we want to focus on reflecting on our history and our past. 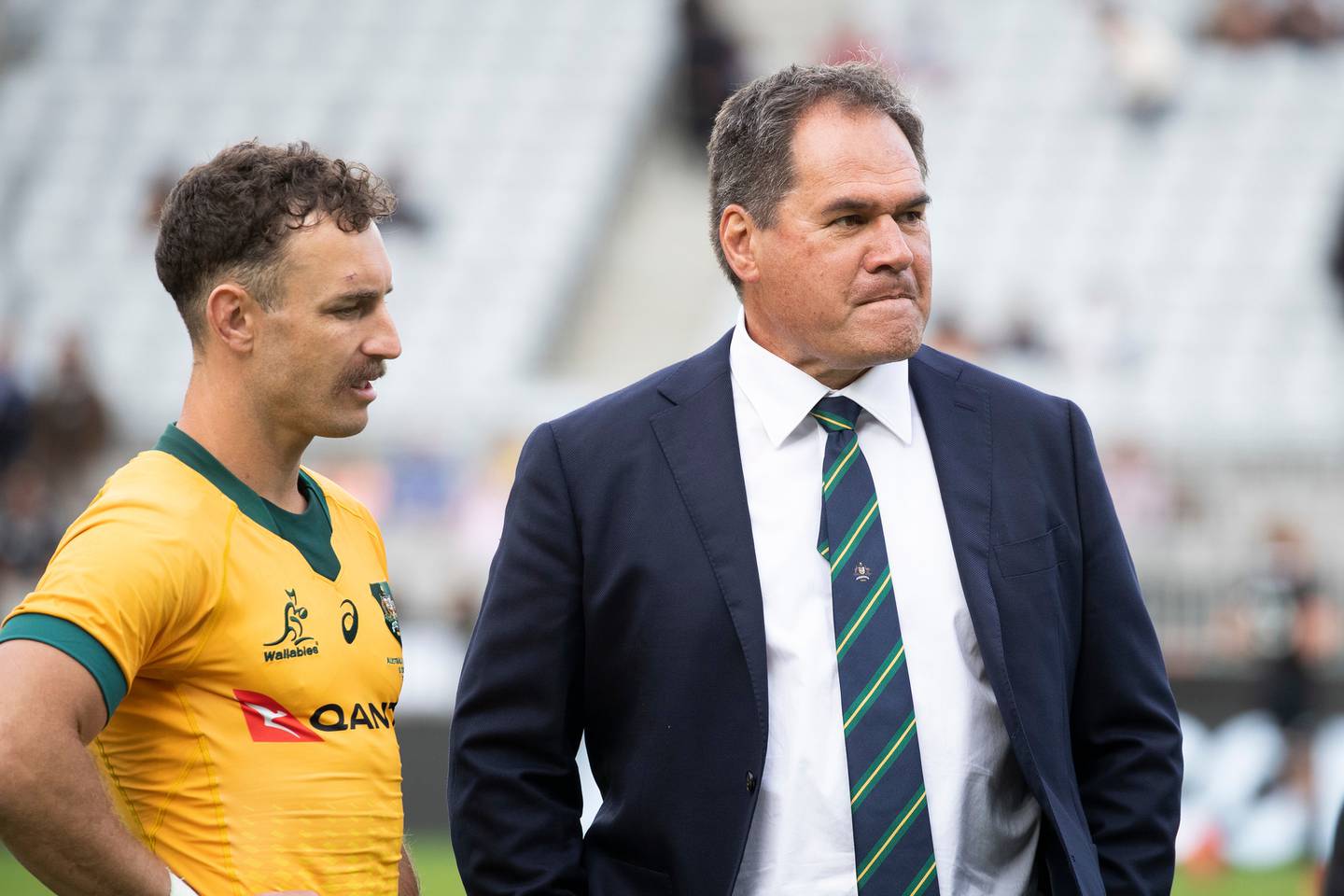 "We're not looking to make a political statement."

Instead the Kiwi-born coach would like to see more representation of the first nations, which recognises Aboriginal people as the first of Australia.

"We've certainly talked about the indigenous jersey, as a group we'd like to see that represented every week in our test jersey, not just as a one-off. I think this is the first step in regard to embracing that part of our history.

"First nations is part of our DNA and it needs to be reflected in that we do each day not just one or two times a year."

The Wallabies revealed an indigenous jumper, which they will wear during the third test next weekend in Sydney. The last time they donned an indigenous strip was against the All Blacks in 2017, in a 23-18 victory.

Rennie is a big fan of the design and the idea of honing back to a country's cultural roots.

"I coached the Chiefs for six years where there's a really strong Māori flavour to that jersey and reflected the history of our region. They're often really good storytellers so I think it's really important, I know the players love and will wear it with pride next week," he says.