Plenty has been made of the refereeing blunders that hurt the Wallabies' chance to steal a famous victory over the All Blacks in Wellington. As with any test, though, there are always tit-for-tat decisions missed for various reasons.

Sure, Australian touch judge Angus Gardner should have spotted Rieko Ioane's foot on the line in the lead-up to Jordie Barrett's opening try. And, yes, rookie All Blacks lock Tupou Vaa'i clearly came in from the side of the ruck which led to the crucial turnover while the Wallabies were metres out from the line in the closing stages.

Both instances could have swung the result – so, too, Ioane dropping the ball over the line.

Perceptions weren't helped by the presence of non-neutral officials for the first time in 40 years for a Bledisloe test, with New Zealand referee Paul Williams taking charge after he spent time in camp with the All Blacks in Hamilton two weeks ago.

In reviewing the test, however, it's also impossible to overlook several clear late hits that Richie Mo'unga copped from Wallabies defenders, all of which went unpunished. 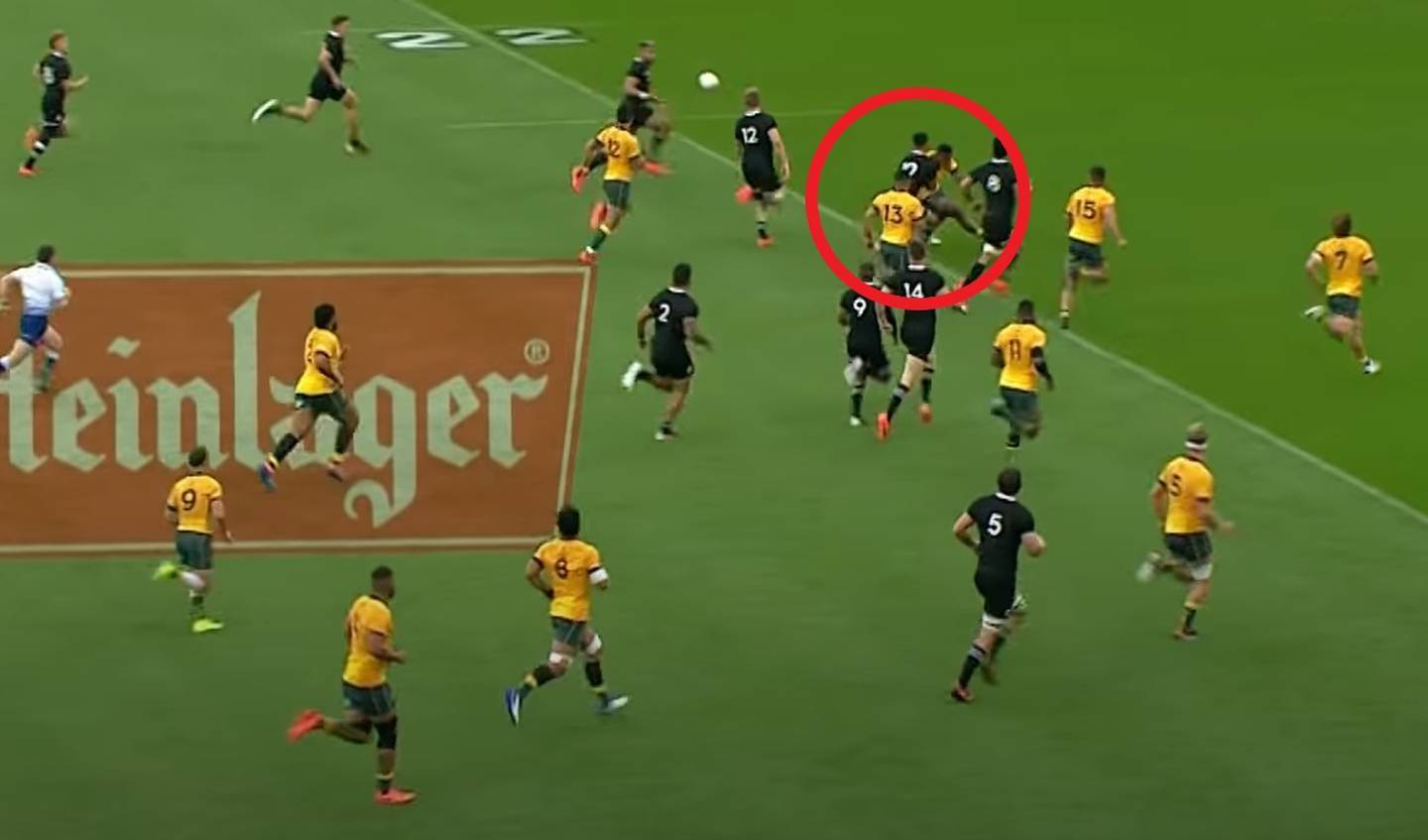 All Blacks first-five Richie Mo'unga is hit late by a Wallabies defender after offloading to Rieko Ioane in the first half of the test in Wellington on Sunday. (Photo / SKY Sport)

"Richie has a bruised shoulder after being smacked about four times after he passed it. Apart from that, pretty good," All Blacks coach Ian Foster said of the state of his squad the morning after their 16-all draw.

Pressed on whether those incidents should have been reviewed by match officials, Foster said: "He's just got a sore shoulder".

Rookie Wallabies blindside Harry Wilson, in particular, was fortunate not to be penalised, at the least, for his late hit that left Mo'unga prone on the pitch in the first half.

"I passed the ball and next thing my stomach was in my chest," Mo'unga said. "I was winded. He got me really good."

On another occasion, after Mo'unga gave the pass for Ioane's botched try just before half time, Filipo Daugunu came off his wing and hit the Crusaders playmaker with no arms. 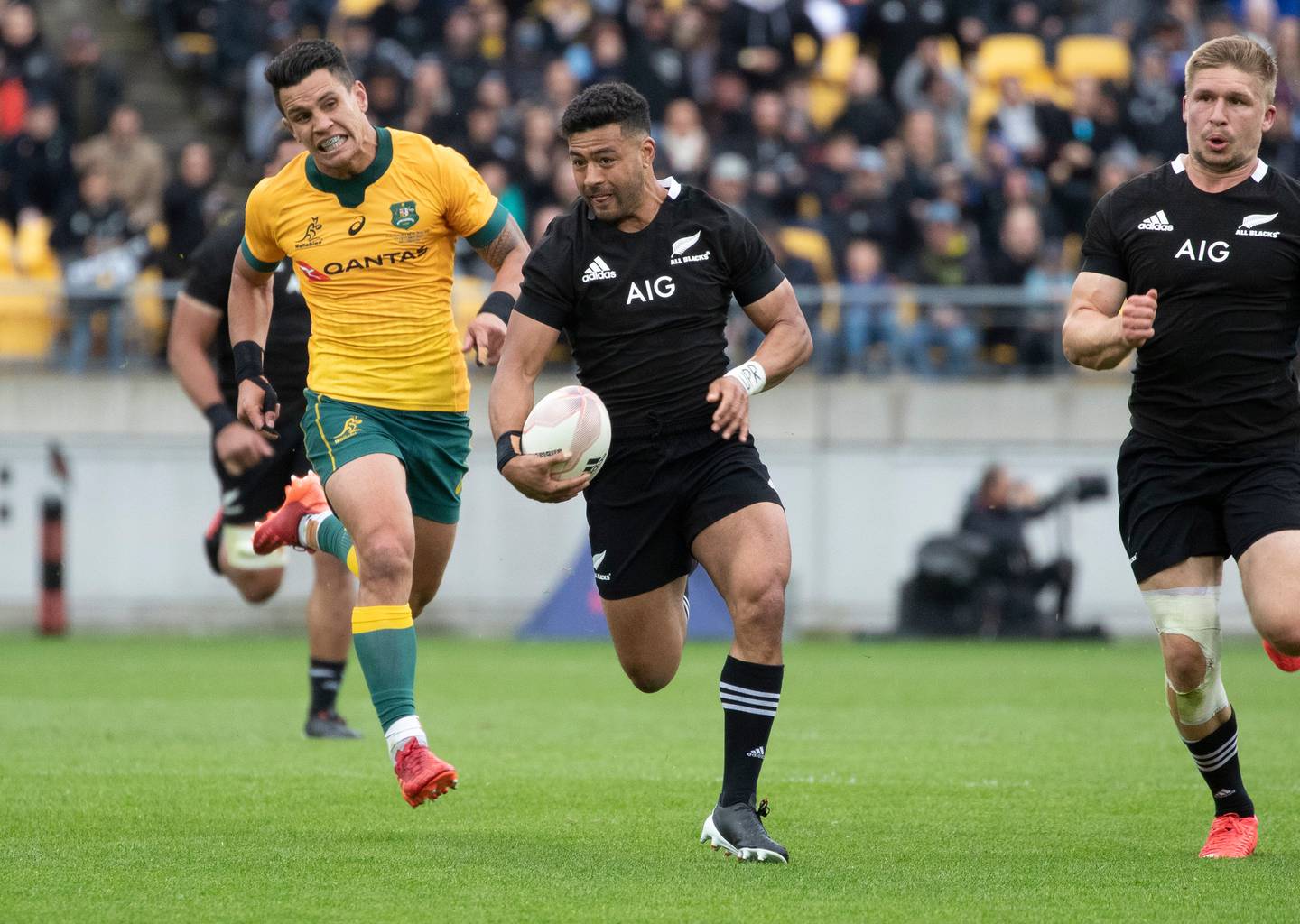 All Blacks first-five Richie Mo'unga was a target of the Wallabies throughout the first Bledisloe test. (Photo / Mark Mitchell)

All first five-eighths are accustomed to being targeted and pressured but it would not surprise to see officials for the second Bledisloe at Eden Park this week scrutinise the timing of tackles.

"That's part of it. It happens a lot, and it's up to the refs to decide if they want to have a look or anything," Mo'unga, clearly reluctant to complain, added.

"It's out of my control. You just have to pass and try get out of the way before you see one coming."

Foster expects Beauden Barrett to return from his minor Achilles complaint that forced him to withdraw two days before the opening Bledisloe but would not yet confirm whether he would slot straight into the fullback role for Damian McKenzie.

The only other concern for the All Blacks is the imminent arrival of Ardie Savea's second child. Savea relocated to Auckland with the squad on Monday but naturally wants to be present for the birth.

"Not at the moment, no, but I'm not very good at predicting babies," Foster said of Savea's availability this week.

"That's one of the little variables that are playing away in the background but it's not impacting on our planning for Ardie to be available at the moment."