Blackcaps coach Gary Stead believes the depth of talent coming out of New Zealand cricket is at its "strongest point" since he can remember – exemplified by the 32 players selected for the team's packed upcoming schedule over the next few months, which includes three potential debutants.

The Blackcaps named their 15-man squad for the Twenty20 World Cup in October, along with two more squads for the tours of Bangladesh (five T20s) and Pakistan (three ODIs and five T20s) starting next month.

In an unprecedented move, Stead and the Blackcaps selectors named all three squads yesterday, including new coaches, with an aim to balance workload and prioritise player welfare ahead of the packed schedule, with the added complication of the resumption of the suspended IPL season.

"From what I can remember, this will be the strongest point from a selection perspective," Stead said about the squad, making note of the depth of bowling options in the team. "I think it's 32 players that will play in the next three series for us. When you think about that and what that looks like in the big picture, for me I think that's exciting that that depth can still be built and what is a reasonably natural way still with some of that restrictions that were around us."

While a lot of attention will be on the T20 World Cup squad, Stead also paid tribute to three potential future stars of the international game who are set to make their debut in the upcoming tour Bangladesh and Pakistan.

Those tours will introduce new faces such as Canterbury all-rounder Cole McConchie and Wellington paceman Ben Sears, along with the debut of highly-touted 21-year-old Rachin Ravindra, who travelled with the test team during the Blackcaps' tour of England and the World Test Championship but is yet to earn his first cap.

"It's exciting for Cole," Stead said. "I guess when you rule [Mitchell] Santner and [Ish] Sodhi out for the early stages, and [Todd] Astle not going initially as well, then you start looking around for who are the next options that are on the table.

"Guys like Cole have been consistent for Canterbury. The thing we like as well, he's got some batting depth to him. We're certainly looking at him to fill a role that will be something similar to Santner's in what he does in terms of a finishing-type role with the bat and being able to bowl in different stages of the innings. But he brings experience as well. He's been leading Canterbury there for a while. I'm really excited for him.

"Excited for Ben Sears on debut as well, who also is an up-and-coming young guy with genuine pace. And Rachin Ravindra, who albeit went on the Blackcaps tour in the last series and didn't play yet. Again another really exciting youngster that I expect will play a lot for New Zealand in the future." 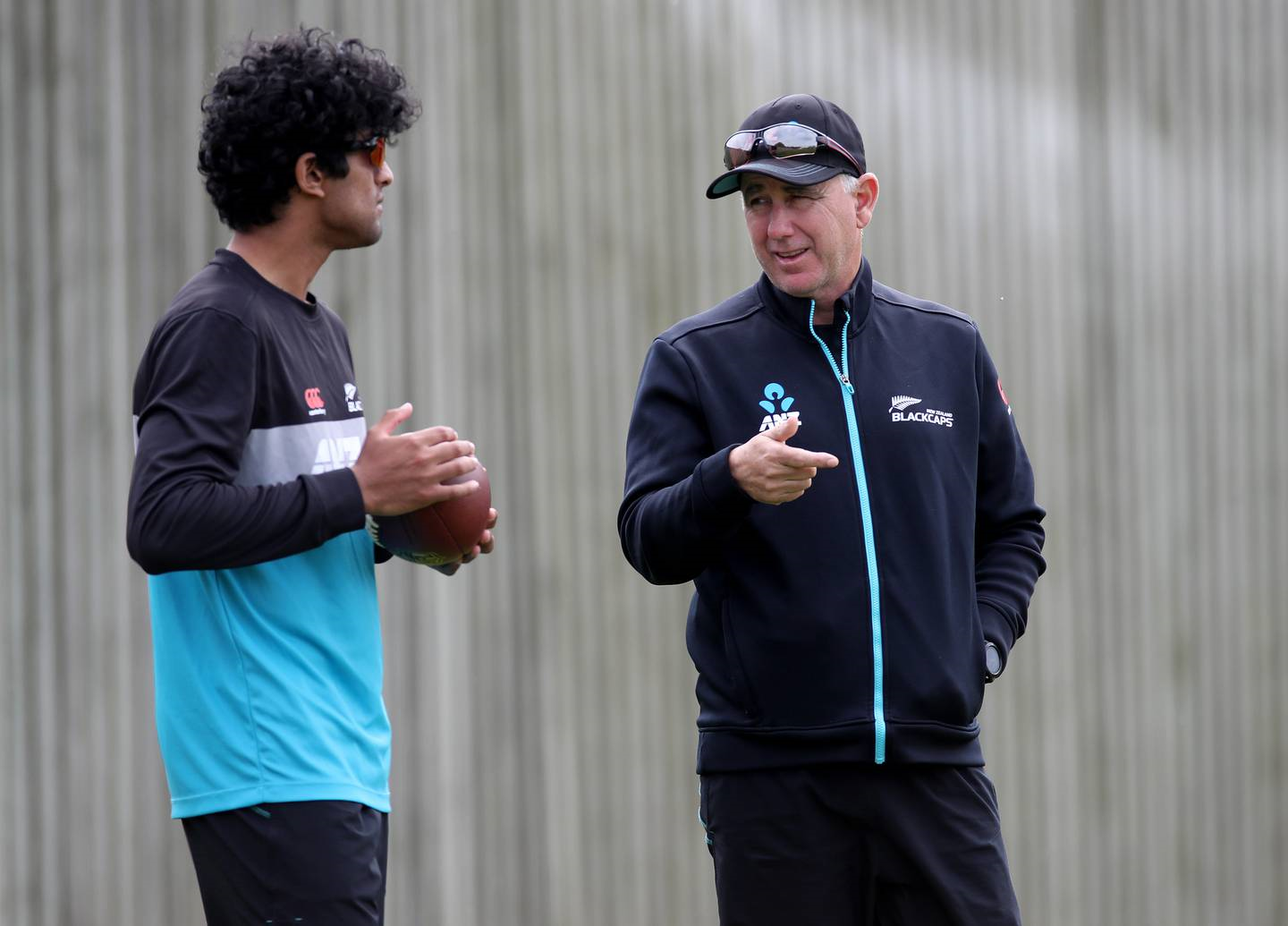 Another thing that excites Stead is the spin-friendly bowling conditions in Asia, which could give a chance for spin all-rounders McConchie and Ravindra, and the rest of the spinners, to show their worth.

Regardless of whether spin will be a major factor in their upcoming series, Stead was thankful to have a range of options available.

"Exciting for those guys. I think the expectation sometimes is the spin bowlers will go over there and dominate, whereas it's up to our whole squad to adapt to what's in front of us over there. On a green wicket sometimes you expect the seam bowlers to run in and take six or seven wickets and that doesn't always happen. It's still about just making sure your expectations are in check and we're really clear around the thing we're trying to achieve on tour."

Stead and the rest of the T20 World Cup squad will miss the tour of Bangladesh and three ODIs against Pakistan.

Wellington coach Glenn Pocknall will step up to international duties to lead the Bangladesh T20 and Pakistan ODI clashes, along with Northern Districts bowling stalwart Graeme Aldridge and former Sri Lankan batsman Thilan Samaraweera, while Blackcaps bowling coach Shane Jurgensen will take the reins for the T20 series against Pakistan.