The Blackcaps were at risk of an Islamic State terror attack in Pakistan, Indian media reported last month.

The New Zealand cricket team has been in Pakistan since September 11, but its tour of Pakistan was cancelled yesterday because of a security threat.

The first of three ODI clashes in Rawalpindi was scheduled to start at 9.30pm last night, but the players were instead told to stay in their hotel rooms and fans were not allowed on the ground.

New Zealand Cricket then announced the tour had been cancelled and players would return home.

Last month, Indian publication Sunday Guardian Live reported there was an "imminent possibility" of the Kiwi cricketers being attacked by one of the active terror groups in the region.

The article, dated August 21, claimed former Taliban commander Ehsanullah Ehsan – who surrendered to Pakistan in 2017 but then escaped from in home custody in 2020 – said the Islamic State was preparing for an attack on the New Zealand players.

It said no international cricket team toured Pakistan for 10 years after a local terror group attacked the Sri Lankan team in March 2019, and the Blackcaps have not toured Pakistan since 2003.

"Following an escalation in the New Zealand Government threat levels for Pakistan, and advice from NZC security advisors on the ground, it has been decided the Blackcaps will not continue with the tour."

"Arrangements are now being made for the team's departure."

NZC chief executive David White said it was not possible to continue with the tour given the advice he was receiving. 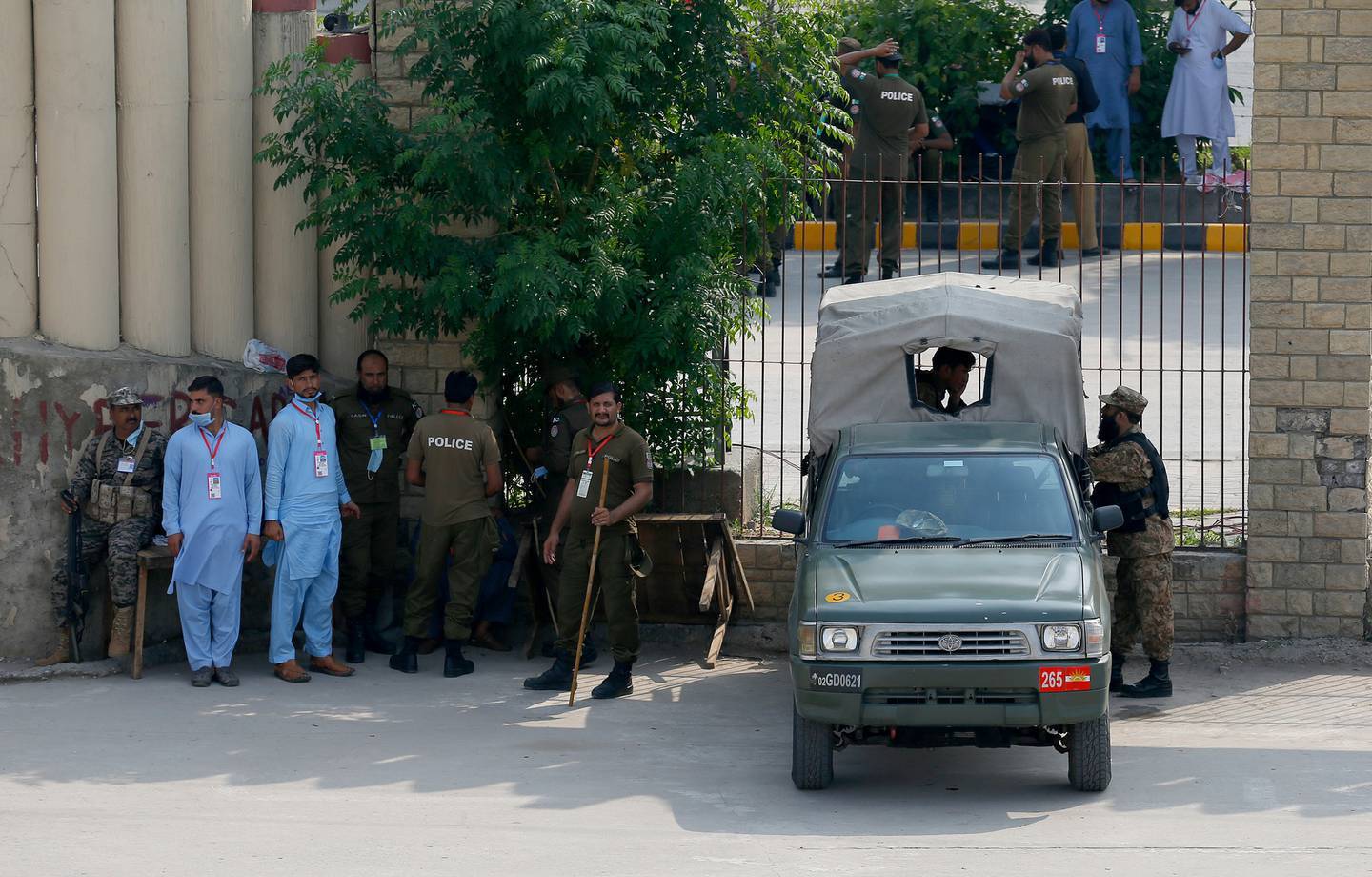 Pakistan's army and police officers stand guard at the Pindi Cricket Stadium, where play didn't get underway because of a security threat. Photo / AP

"I understand this will be a blow for the PCB, who have been wonderful hosts, but player safety is paramount and we believe this is the only responsible option."

The Pakistan Cricket Board released a statement saying that "no security threat of any kind exists for the visiting team", and Pakistan Prime Minister and former cricket great Imran Khan had spoken to New Zealand Prime Minister Jacinda Ardern in an attempt to reassure her.

After landing in Pakistan a week ago, the Blackcaps had five Twenty20s planned in Lahore to follow the three one-day matches.

The team had not toured Pakistan since 2003 because of security concerns in the country.

In May 2002, New Zealand abandoned their test series in Pakistan after a suicide bomb attack outside their Karachi hotel.

In 2009, the Sri Lanka team's bus was attacked near Gaddafi Stadium in Lahore.